With her decision not to seek re-election as party chair and chancellor, Angela Merkel has kicked off what is a novelty for her conservative Christian Democratic Union (CDU): an organised internal election campaign for the party’s leadership. Candidates have thrown their hats into the ring well ahead of the vote at the party conference in Hamburg on 7 and 8 December. The Clean Energy Wire takes a first look at the climate and energy views of the candidates with a realistic chance of winning the vote. [Update adds information on party conference timeline]

After heavy losses for her conservative Christian Democratic Union (CDU) in the federal states of Bavaria and Hesse, Chancellor Angela Merkel announced that she will clear the way for a new leader of her conservative CDU party and not run for re-election at the party conference on 7-8 December. [Read the full story here.]

Merkel said that she plans to continue her work as chancellor until the end of the legislative period in 2021. Whether this will be possible under new party leadership depends on the successor.

Party delegates will vote on the succession on 7 Dececember following speeches of Merkel and the three candidates. Results are expected around 16:00 CET.

The CDU leadership decided to give the three candidates most likely to become Merkel's successor the opportunity to introduce themselves to CDU members at eight regional conferences from mid to end of November, where each candidate had time to say a few words and then answer questions. Additional candidates can be proposed at the CDU party conference in December by members eligible to vote. This leaves open the possibility of spontaneous candidacy.

Annegret Kramp-Karrenbauer has warned that Germany must not lag behind on fulfilling its own climate goals. “We have only one climate on this planet. Germany alone cannot save it,” she said at the regional conference in Düsseldorf, North Rhine-Westphalia. “But I warn that we must not start a debate now along the lines of ‘let the others save it’. [...] I do not believe this would do justice to the leadership role of Europe and Germany in the world.” The comment set her apart from the two other contestants, Friedrich Merz and Jens Spahn. Spahn said that Germany exiting diesel, coal, and nuclear energy “does not solve the actual global CO₂ issues,” as the country was responsible for only a small part of global emissions.

Until the Düsseldorf event, the three candidates had shown hardly any difference regarding their views on climate and energy during the regional conferences. In a telling example, Annegret Kramp-Karrenbauer answered the only audience question on the energy transition at the conference in Idar-Oberstein on 21 November (see below), while the other two candidates simply said they had nothing to add.

In a recent poll commissioned by public broadcaster ZDF, 30 percent of respondents said Annegret Kramp-Karrenbauer should become the next CDU head, while 24 percent named Friedrich Merz and only 6 percent Jens Spahn. Among CDU supporters, the numbers were 38 percent (Kramp-Karrenbauer), 29 percent (Merz) and 6 percent (Spahn). Even if the chairman is elected by the delegates at the party congress, the opinion of the general public plays a role in their decision, as does that within the CDU's constituency.

This article will be updated as candidates emerge and comment on climate and energy issues.

The former state premier of Saarland, the small Western German state bordering France and Luxemburg, is a close Merkel ally and has been seen by many as a likely candidate to follow her as chancellor since she was elected CDU general secretary in February 2018. Energy and climate policy has not been a focus for the 56-year old Kramp-Karrenbauer but she is seen as a talented all-rounder.

As the CDU’s general secretary, Kramp-Karrenbauer is currently responsible for creating a new basic policy programme for the CDU by 2020. Of all the potential candidates, she is likely to provide most continuity and embody what many see as Merkel’s relatively liberal policy direction. 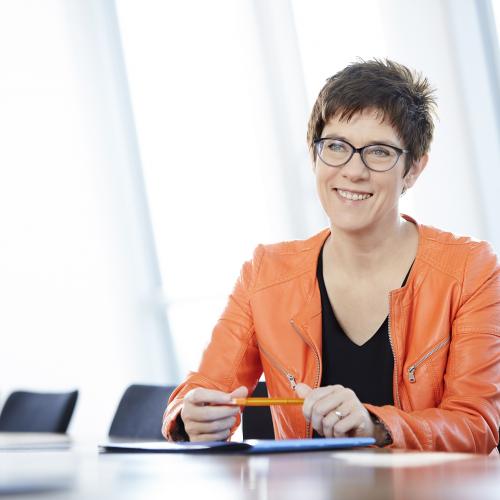 In the end, we will only succeed if we create a blueprint that shows you can have a strong economy and industry even without nuclear power and in a CO₂-friendly way. That is the great art of the energy transition.

German health minister and Merkel critic Jens Spahn has largely focussed on finance, budget and health policy during his career, but began to comment on a wider range of topics ahead of his appointment as a federal health minister at the beginning of 2018. Still, he has made little comment on energy and climate policy. Spahn became a member of the Bundestag in 2002 and worked his way into the CDU leadership by the early 2010s. He was parliamentary state secretary in the finance ministry from 2015 to 2018.

Spahn, aged 38, is savvy of the power of social media and a frequent guest on political talk shows. He has close ties to controversial US ambassador to Germany Richard Grenell. He stands for a new – and more conservative – beginning for the CDU and for a generational transition. He has many supporters in the Junge Union, the CDU’s youth wing. 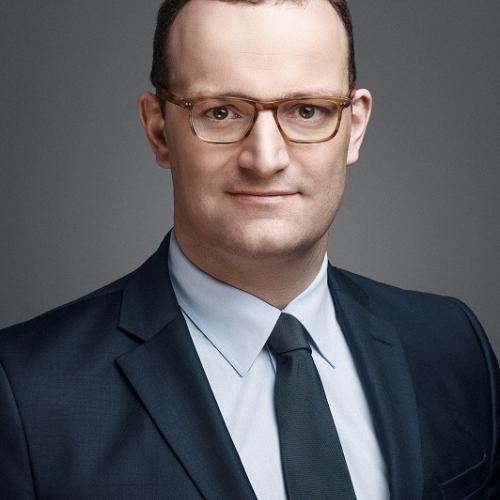 Politics will eventually become dysfunctional if it only looks at targets. Yes, we want CO₂ reduction, yes, we want environmental protection, but we must do this with a political approach and not by always just staring at dates and numbers.

Merz, who will turn 63 on 11 November, is a long-time rival of Merkel. A business-friendly, socially conservative economics expert, climate and energy policy has never been his specialty. Merkel replaced Merz as CDU/CSU parliamentary group leader in 2002. Merz quit politics in 2009 after five years in the European Parliament and then 15 years in the Bundestag, to work as a private lawyer. A  defender of multilateralism, Merz is chairman of the board of directors of Atlantik-Brücke, a non-profit association promoting German-American ties. In 2017, he became chairman of German operations at the world's largest asset manager, BlackRock. His return to politics has prompted watchdog LobbyControl to voice concern over conflict of interest. Since leaving politics, Merz has often criticised Merkel’s policies and remains popular among the CDU’s pro-business camp. The German public remembers Merz for his 2003 tax reform proposal, which he said “fit on a beermat.”

In a press release to announce his candidacy, Merz wrote: “In the [conservative alliance of CDU/CSU], we need a new beginning and renewal with experienced and younger leaders. I am prepared to take responsibility for this and at the same time to do everything I can to strengthen the internal cohesion and future viability of Germany's CDU. 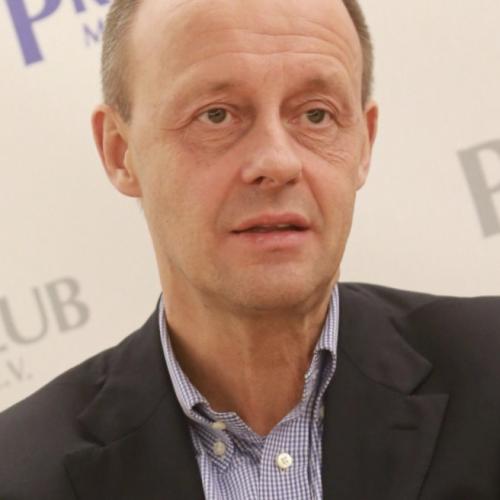 Migration, globalisation, climate change, digitalisation - these are the greatest challenges of our time in my view.