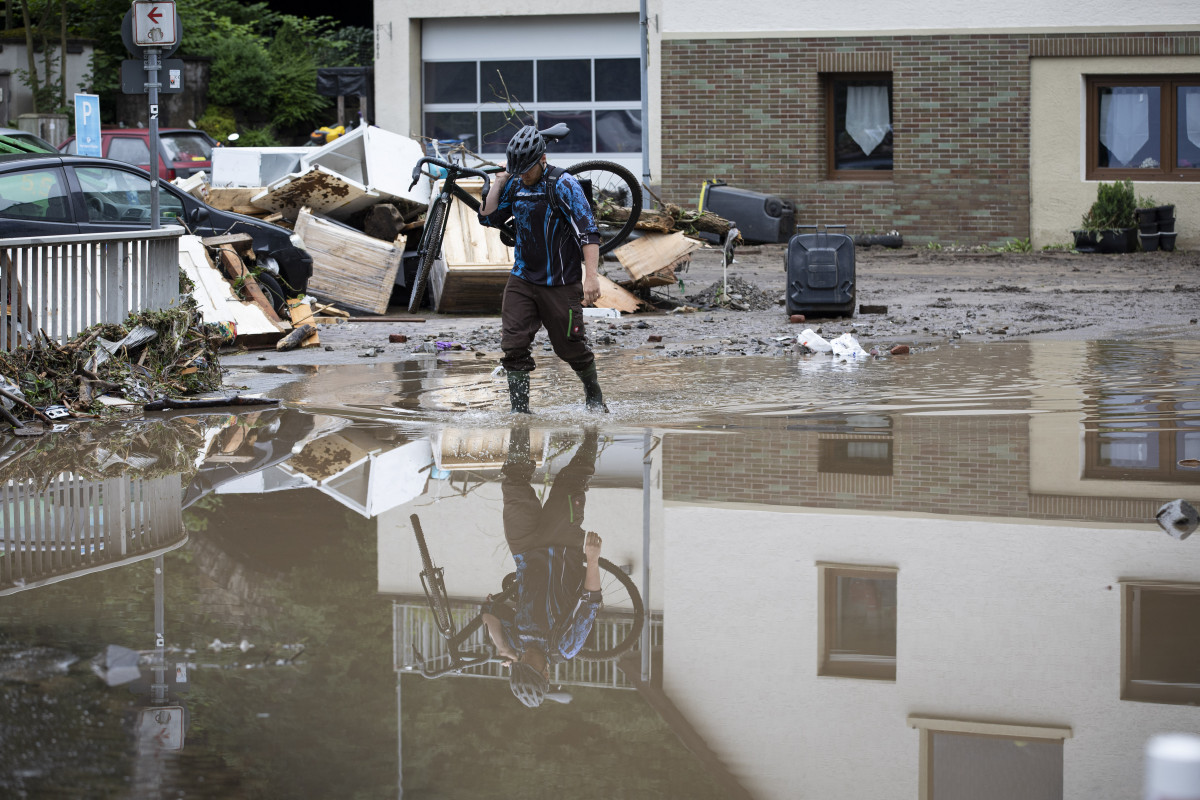 Germany must better prepare for the impacts of climate change, environment minister Steffi Lemke said, as a heat wave is sweeping across Europe exactly one year after deadly floods killed hundreds of people in Germany and neighbouring countries. The head of the Federal Office for Civil Protection (BBK), Ralph Tiesler, said some areas should not be resettled given climate change and the acute threat of severe weather disasters and floods. Researchers and NGOs criticise that post-flood reconstruction efforts have not sufficiently taken into account climate change. [UPDATE: adds newly published civil protection plan]

As a heat wave hits Europe exactly one year after heavy rain caused deadly floods in the centre of the continent in 2021, the focus of the public debate in Germany has again shifted to the impacts of a changing climate.

On 13 July 2022, the interior ministry announced an updated programme for a “new start in civil protection”. Interior minister Nancy Faeser said “the pandemic, extreme weather, floods, forest fires, and also the Russian war of aggression against Ukraine – all of these require us to better protect our population”. The strategy also includes plans for prevention, preparation, management and aftercare of disasters and stresses the need for early warnings. The ministry also announced that there will be a Civil Protection Day from 2023, where citizens will become better educated on how to protect themselves and others during disasters.

“Due to the consequences of the climate crisis, Germany faces so many genuine hot days that this poses a threat to nature and also to us humans, and we must prepare ourselves better for this,” environment minister Steffi Lemke told public broadcaster Deutschlandfunk in an interview. Science shows that events like droughts and heat waves will happen more frequently and become more extreme in the future, she said. Germany must act in the short term – for example by conserving water in the face of a drought – but also introduce long-term measures like helping soils store more water through renaturation, and coming up with adaptation plans for local communities.

Climate change will pose further challenges in the future, the head of the Federal Office for Civil Protection (BBK), Ralph Tiesler, told Funke Mediengruppe. “Some areas should not be resettled given climate change and the acute threat of severe weather disasters and floods.”

Tiesler said every region in Germany had to be looked at closely in terms of the need to prepare for such disasters. “We still have time to develop protective concepts against the effects of the climate crisis and to take them into account in spatial planning.”

A heat wave with temperatures of around 40°C has hit Europe this week, with droughts and forest fires in Spain and Portugal as the extreme weather spreads to France and other parts of the continent. Heat waves have become more frequent, more intense and longer-lasting because of climate change. A study published this week in Nature Communications found that Western Europe has become what researchers call a heat wave hot spot over the last four decades, with events increasing in frequency and cumulative intensity, the New York Times reported.

In July 2021, heavy rains caused the otherwise sluggishly flowing rivers in the southwest of Germany to overflow, leading to a natural disaster that counts among the worst in the country’s post-war history. The floods have also heavily affected parts of neighbouring Belgium, the Netherlands, Austria, Switzerland and Luxembourg, with the death toll exceeding 200 people. The floods were widely linked to climate change and prompted German politicians like former chancellor Angela Merkel to call for faster climate action.

Must better take into account climate protection during post-flood reconstruction

Reconstruction efforts in affected communities following the floods do not sufficiently take into account the changing climate, Anja Bierwirth, a researcher at the Wuppertal Institute for Climate, Environment and Energy, told Frankfurter Allgemeine Zeitung. This is a “missed opportunity” and also due to rules for Germany’s reconstruction fund introduced by the government to finance rebuilding villages. “We see that the guidelines are focused on rebuilding what is broken, without questioning what can be made more innovative, less energy-intensive and climate-neutral,” she said.

NGO Environmental Action Germany (DUH) said far too little adaptation to the consequences of the climate crisis is taking place. Neither ecological flood protection nor river renaturation have been sufficiently implemented since the flood disaster a year ago. “Too few lessons have been learned from last year's devastating flood disaster,” DUH managing director Sascha Müller-Kraenner said. “Construction has again taken place in flood plains and there is still far too little space for rivers to spread out during increasing flood events.”

Confronted with the criticism, environment minister Lemke told Dlf that first and foremost reconstruction had to be decided on the ground in the communities. However, “I very much hope that not many houses will be built in the wrong places now in the flood zones. This really does not only concern the communities affected by last year's disaster, but more fundamentally we need to prepare better, adapt to the heat better, build smarter, and look more carefully where to build and how to build.”