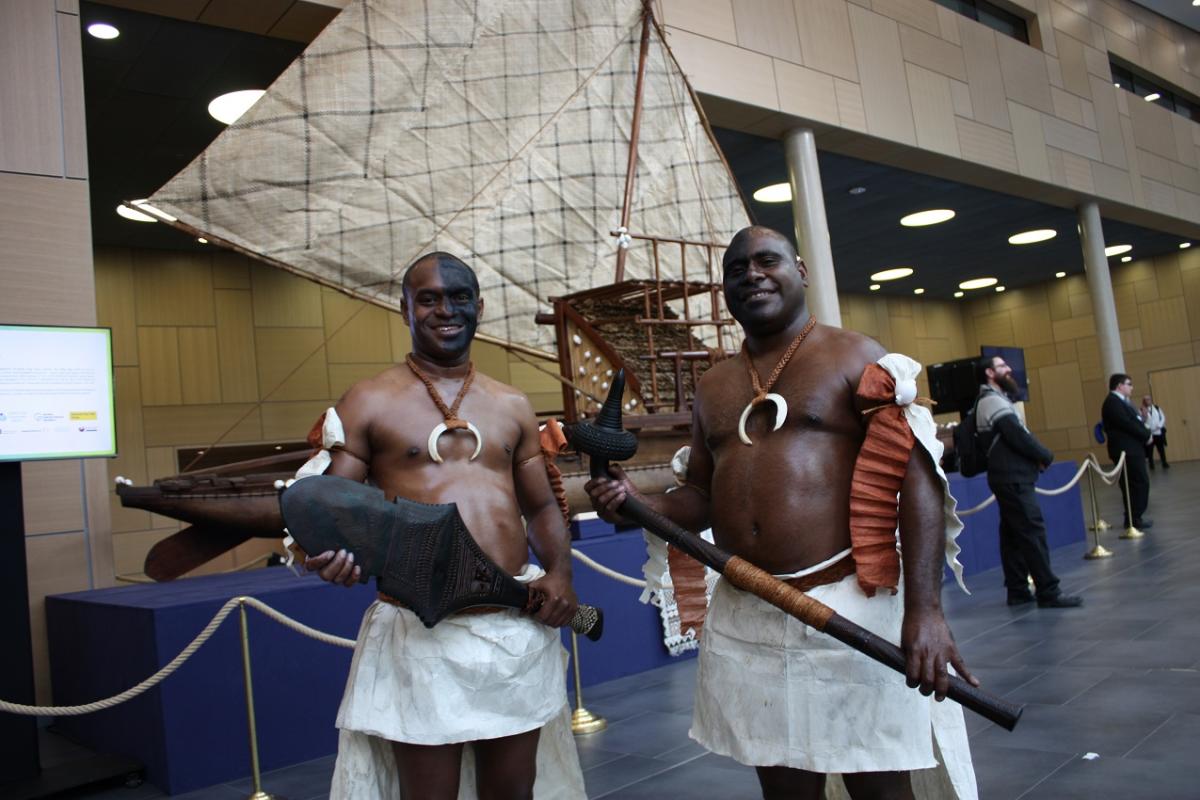 As a small island state, COP23 President Fiji is one of the countries most vulnerable to climate change effects. Source - CLEW 2017.
Environment Minister Barbara Hendricks said vulnerable countries must be put centre-stage and kicked off the conference with a pledge to raise Germany's contribution to the climate change adaptation fund by 50 million euros. Protestors and NGOs meanwhile called for Germany to ditch coal, as climate policy is debated by what is likely to be the future government in Berlin.

COP23 kicked off in Bonn Germany, today with German politicians pledging to advance the Paris Agreement and do more to help those most at risk from climate change.

Over the coming two weeks, more than 25,000 participants are expected to flood the Rhine River valley in Germany’s former capital of Bonn, including national delegations, representatives from about 500 NGOs, and more than 1,000 journalists.

Speaking at the opening ceremony, German Environment Minister Barabara Hendricks said the international community needed a greater focus on vulnerable countries, and pledged an extra 50 million euros to the Adaptation Fund this year.

“Our goal is to make [the Adaptation Fund] a firm part of the financial architecture of the Paris Agreement,” Hendricks said at a press conference ahead of the opening ceremony.

“We’re sending the clear signal that Germany stands in solidarity with people in the countries most affected by climate change,” she added.

Germany had already committed 240 million euros, making it the biggest bilateral contributor to the fund. And German development cooperation minister Gerd Müller has now thrown another 50 million euros of German money into the mix, with a new pledge to the Least Developed Countries Fund used to finance adaptation in areas such as agriculture, climate information systems, and catastrophe risk management. 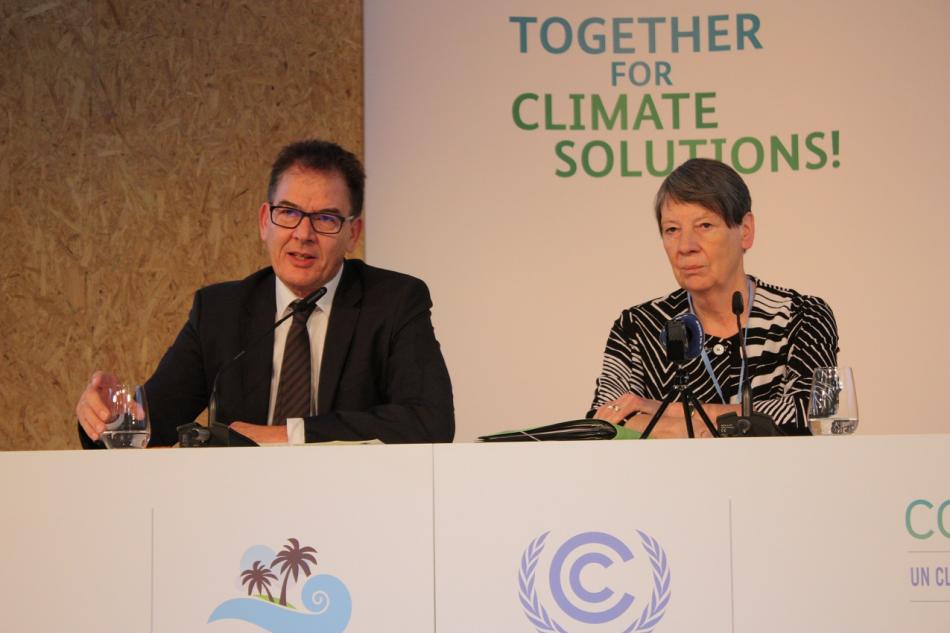 Müller said Germany could achieve more abroad than through domestic action. “Every euro we invest in developing and emerging countries in clean technologies, in green power, in renewable energies, will achieve many times what it would in Germany.”

He added that taking responsibility for the most vulnerable countries should be part of the agreement between parties currently in talks to form Germany’s next government.

Oxfam climate policy expert Jan Kowalzig told the Clean Energy Wire Hendricks’ announcement of extra funds was a good start to the climate conference and other countries should follow her example.

But he added that the fund was still far too small to help all those affected to protect themselves from climate change impacts. “Today’s promise can only be the beginning of a significant increase in climate support for poorer countries,” Kowalzig said.

Island nations in the spotlight

The plight of those impacted by rising sea levels will be highlighted at this year’s conference, which is taking place under the presidency of Fiji.

UNFCCC executive secretary Patricia Espinosa said Fiji’s presidency would leave its mark on the negotiations. “We really expect that a higher awareness, a sense of urgency – that we are hearing around the world, because of so much suffering of people – will be present in the negotiations and that we will make a very successful COP here,” she said. 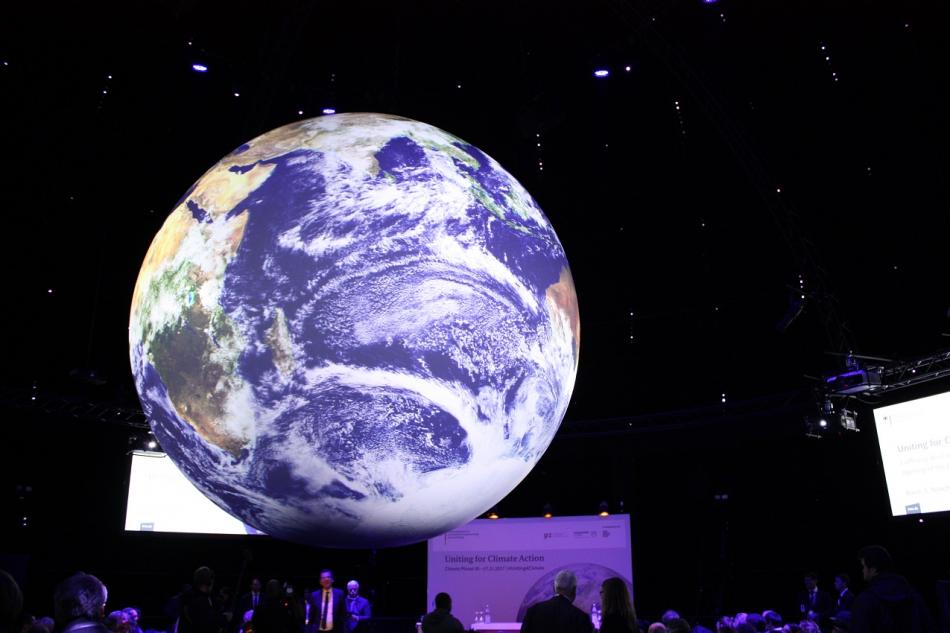 Fijian Prime Minister Bainimarama said he was optimistic about the talks.

“Humanity already has the ingenuity, the innovation and the financial resources to meet this [climate change] challenge,” he said. “What we need is the political will. And that’s what the COP is all about. Forging the political will to act at every level.”

Financial support and easier access to multilateral adaptation financing instruments are two of the most important demands by small island states in the UN climate negotiations.

But Bainimarama also called for parties to aim to keep global warming below 1.5 degrees – which would require drastic action to cut carbon emissions. 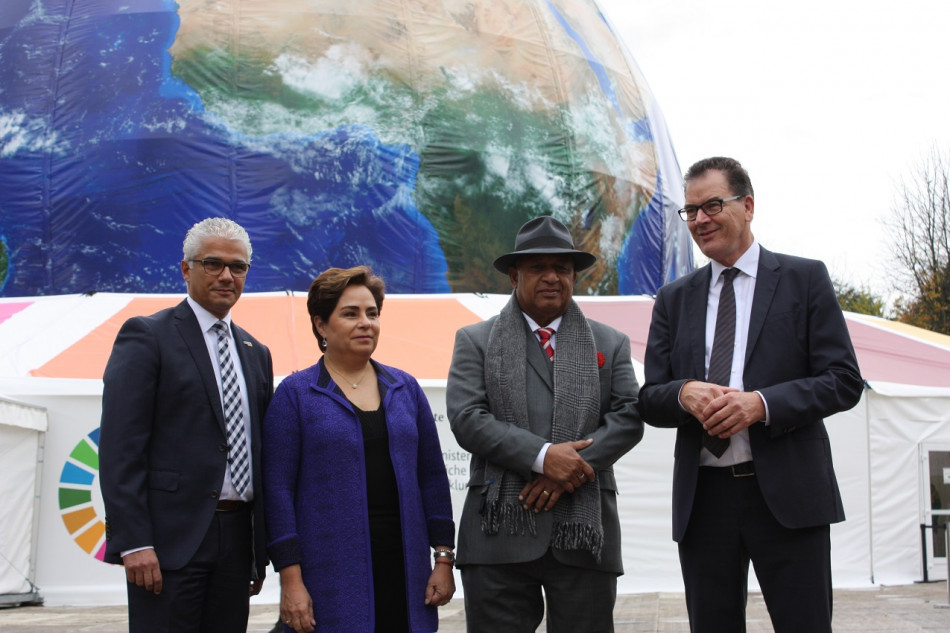 Calls for Germany to ditch coal

The gulf between those who have contributed most to climate change and those most affected is thrown into stark relief by the proximity of the Fiji-led talks to Germany’s largest lignite mine.

The German government has billed the talks as the first certified climate-friendly COP, using digital documents instead of print outs, avoiding food waste, and offering a high share of organic products.

Hendricks and the rest of the German delegation arrived in Bonn two days ahead of the conference kick-off by train, underlining the importance of low-emissions transport and giving German rail operator Deutsche Bahn a chance to showcase its climate protection plans. 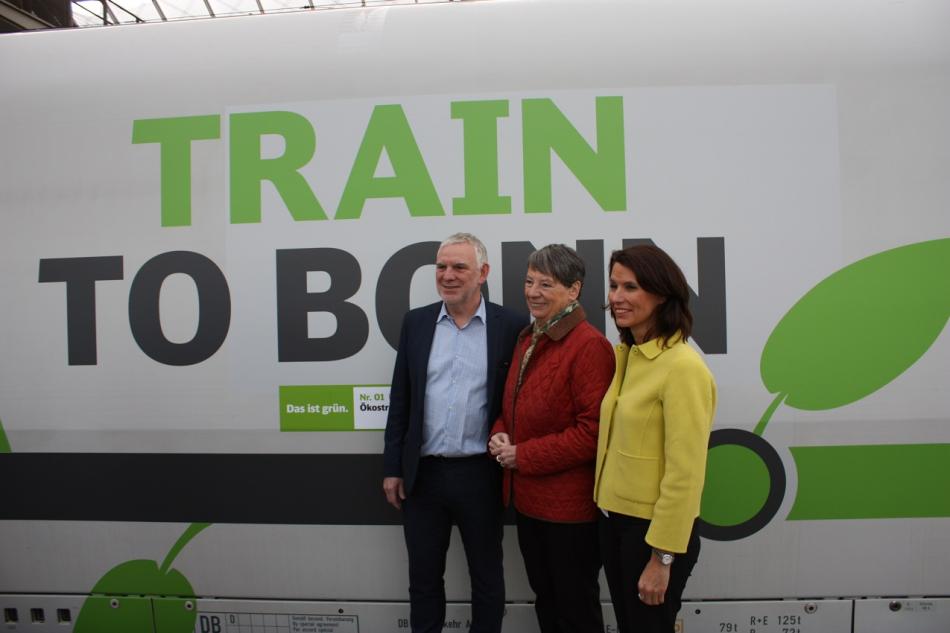 But the train’s arrival was met by thousands of anti-coal protesters, keen to use the protest to underline that for all its laudable commitments to tackling climate change, Germany still depends on coal for around 40 percent of its electricity.

Giving up coal is one of the hot topics in the coalition talks currently taking place in Berlin to form the next German government. Numerous experts have said ditching coal is as essential if the country is to reach its short-term climate targets – which the environment ministry recently admitted would likely be missed.

NGOs used the conference kick-off to call on German parties involved in the coalition to use the Paris Agreement as a serious guideline for energy and climate policy agreements.

“The commitments of the Paris Climate Agreement are thrown to the wind if they’re not accompanied by commitments to a coal exit and the phase-out of the combustion engine within the next fifteen years,” Oxfam’s Kowalzig said in a press release. 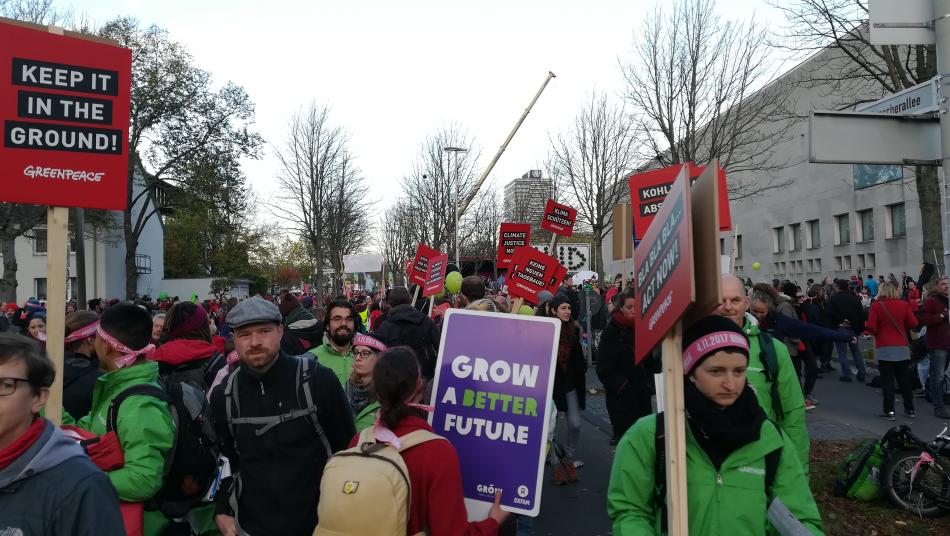 German industry, meanwhile, was keen to stress that the country should keep its climate policy in line with that of other countries.

Dieter Kempf, president of the Federation of German Industries (BDI) said solo-efforts were a dead end in globally connected energy and climate policy.

“Special paths like introducing a national CO₂ price do nothing for the global climate and harm the competitiveness of our companies,” said Kempf in a press release, adding that production would be shifted abroad and electricity costs would rise.

Hendricks used the start of the conference to insist that American plans to pull out of the global climate agreement wouldn’t undermine the talks.

She said that ever since US President Donald Trump announced the plans, global climate diplomacy has been in a “special situation”.

“Just a few months ago, we had reason to fear the whole shop might fall apart,” Hendricks said at the opening of the German pavilion, but so far the remaining countries have stayed together. The Bonn conference had to send out a “strong signal of unity” on the Paris Agreement, she added.

Hendricks said she expected constructive negotiating from the US delegation. In the US, the state department was responsible for UN climate conference negotiations, and “we know that State Secretary Rex Tillerson has a different position from president Trump,” Hendricks said.

German negotiator will try to keep Turkey on side

German-Turkish relations might be at a low-point in many respects but when it comes to climate politics, Germany will try to keep the country on side during the COP23 summit. Read an article on this here.