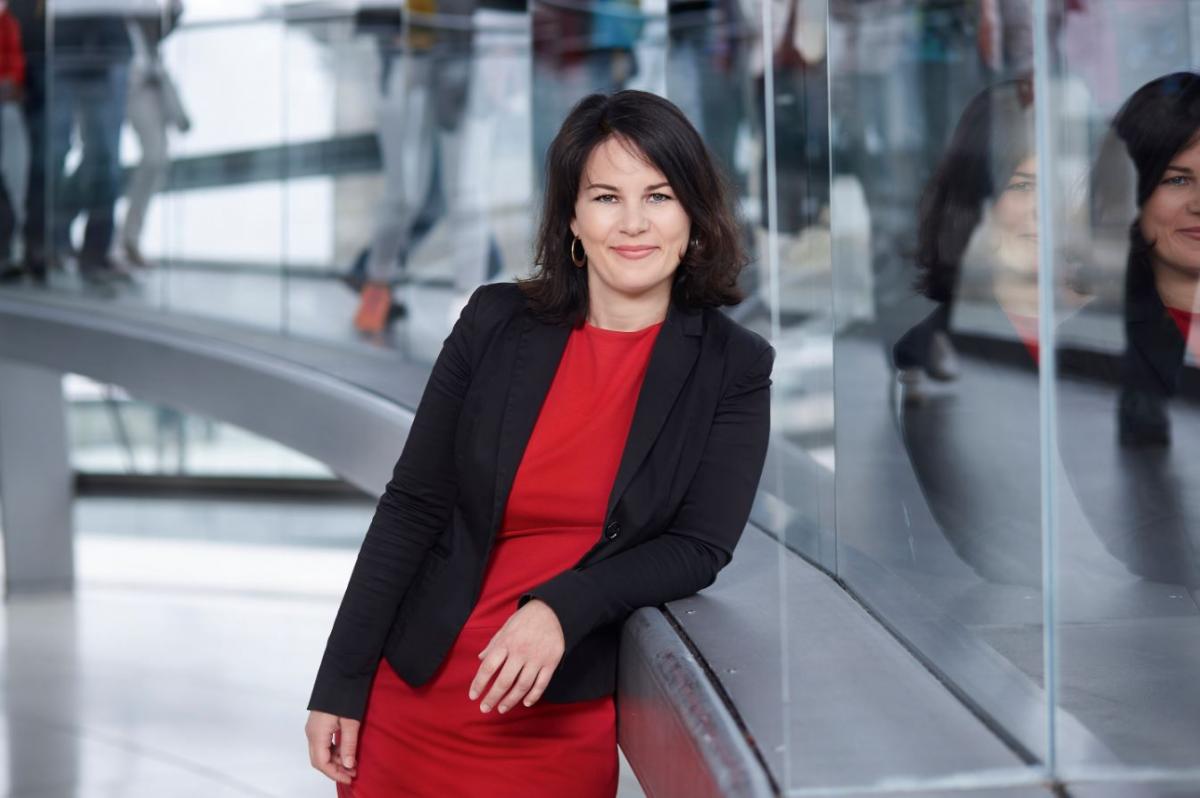 Annalena Baerbock, MP and climate spokesperson of the Green Party. Photo: © Chaperon.
Germany is hosting this year’s international climate summit (COP23) in Bonn while in Berlin ongoing coalition talks will shape the future of national climate actions. Annalena Baerbock, climate spokesperson of the Greens, which are likely going to be part of the new government, speaks to the Clean Energy Wire about how the talks in the two cities can influence each other and what outcomes she hopes to see in Bonn.

CLEW: At COP23, Germany will be represented by environment minister Barbara Hendricks from the Social Democrats – although her party already signalled it will no longer be part of Germany’s government in the next four years. As the climate spokesperson for the Green Party, who is likely to be part of the next government coalition, how does it feel to see the country represented by a party on the way out?

Annalena Baerbock: Given the way things are with the ongoing coalition talks, I don’t see how the situation could be solved differently. But I also don’t think that being represented by Environment Minister Barbara Hendricks is a major problem. This COP is going to be a conference focussed on technical details and the current environment ministry’s staff has worked on these topics for several years. But it’s clear that the ministry also has to adjust its agenda to new challenges, meaning it must put the question of a German coal phase-out in the focus as we are at risk to miss our own emissions reduction targets for 2020. This is an embarrassing signal for Germany to the rest of the world, especially since the climate conference is held here. And I think the coalition negotiations between the Greens, the FDP and the conservatives that will also be held during the COP have to produce signals that point in a different direction.

What do you think the German delegation should push for in Bonn?

What’s most important is that the framework for a strong rulebook to implement the goals of Paris is being brought on its way. This includes the national climate targets which have already been submitted at previous conferences but ambitions have to be ramped up. I expect the German delegation – or better, Germany’s acting government – to make clear that we are ready to step up our efforts within the European Union. If not, we won’t be able to implement the Paris agreement.

Well, the European Union has said that CO2 emissions will be reduced by 40 percent by 2030 with respect to 1990 levels, but that’s not enough. We will need at least 55 percent. And the German goal is a subset of the European one, meaning that national efforts have to be adjusted accordingly.

Do you think that Germany should keep setting itself national goals or rather align its emissions reduction to a European framework?

Germany does not have pure national goals, they are an integral part of the common European effort. That’s why missing the German 2020 and as a consequence the 2030 goal would be a disaster not only for Germany alone but for Europe as a whole. We must not put this goal into question.

Yes, if he says that, I invite him to come with me to Bonn, to learn that Europe’s goals submitted within the Paris Agreement’s framework also include Germany’s goals. So we can’t just say, “Well, we will just postpone our national goals a bit,” as this puts the entire EU climate policy in jeopardy. Germany has taken pride in being a trailblazer in climate protection over the last years, but if we now adopt Mr. Lindner’s positions, we would make a fool of ourselves internationally.

Do you think the COP in Germany’s former capital can be used as an asset during the coalition talks to advocate for ramped up climate protection efforts?

I am definitely going to table this as often as necessary. I think we cannot blank out that the world’s largest climate conference is taking place in our country while we attempt to form a new government. The whole world will be looking at Germany and also at the parallel coalition talks, so everything that is being said there by the parties on climate and energy will receive particular attention. When Mr. Trump said he was going to pull the US out of the Paris deal, the whole world looked at Europe and therefore also at Germany, asking itself whether this will be the region that takes the lead in climate protection. So, if the former bearer of hope now appeared to be putting the brakes on climate protection, it would be a fatal signal. I therefore suppose, or at least hope, that the COP can indeed be a tailwind in coalition talks. And I will make sure that it is felt on the negotiating table.
And, by the way, I also think that many of the international delegates coming to Bonn will rub their eyes once they realise that the COP is taking place near active lignite mines. I guess some of our guests will be fairly surprised to see just how much Germany still relies on coal. I suppose the German delegation will have to explain some things and hopefully this will translate to the coalition talks.

Returning to the negotiating table in Bonn, what would you say could be a satisfying result of this conference?

If we manage to come up with a roadmap that leads us to increased efforts for next year’s COP24 in Poland, this would be a good result. Another success would be if the international movement to leave fossil fuels gains more followers – including Germany. A third point is the UN adaptation fund from the Kyoto protocol. It is meant to finance the countries already most affected by climate change and the fund needs to be legally transferred into the Paris Agreement to ensure them that action is being taken.

Apart from initiating a coal exit, what else does Germany need to do to contribute to a successful continuation of the Paris process?

The agreement says we need to scrap fossil energy sources and replace them with carbon-neutral sources. The German government has subscribed to this and therefore needs to deliver on setting up a 100 percent renewable energy system. We can’t just sign the document but then ignore what it says in detail.

Would you say that lobby groups, some of which are also present at the conference, are working towards undermining its results?

Do you think lobbyism could also be a major problem when it comes to filling Germany’s Climate Action Plan 2050 with life, as concrete steps could be watered down?

I think political action is a much more pressing problem. The new government not only needs to avow its support for the Paris Agreement but also has to implement it. That’s a policy issue, not one for lobby groups. We need policy guidelines, for instance for the coal exit, and lobby groups that have mingled in these affairs for years should not be able to derail this process again. Politics is there to set the framework. So let’s do it.