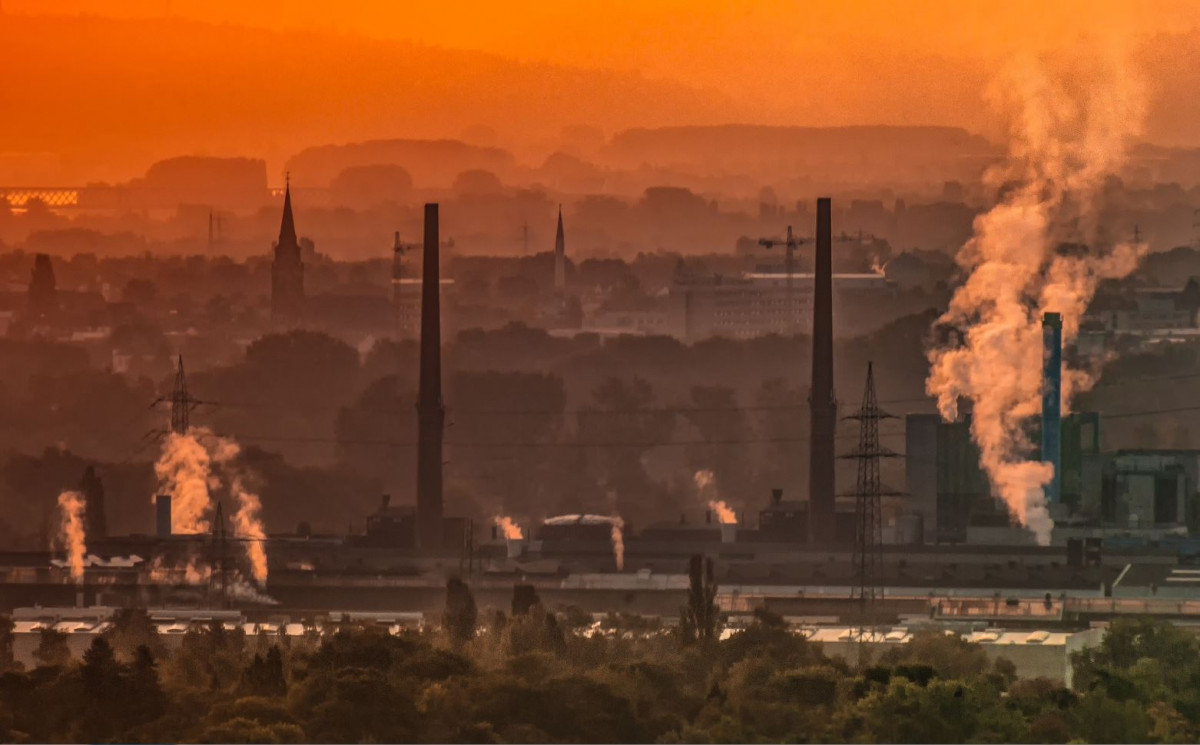 The economic crisis caused by the new coronavirus will sharply slow economic activity and the associated greenhouse gas emissions in Germany. The extremely wide range of current economic forecasts is making detailed predictions for CO2 output difficult. However, economists say comparisons with the 2009 recession can provide some early indications of where emissions might be headed, and Germany may now well exceed the government's original 2020 target of a 40 percent emissions reduction compared to 1990. Experts also warn that the expected rebound after the recession and the economic stimulus measures risk driving emissions up again strongly in the end. [Adds estimate from think tank Agora Energiewende]

The German economy faces a deep recession due to the lockdown in response to the coronavirus pandemic, potentially exceeding by far the 2009 slump caused by the financial crisis, leading economists have predicted. Energy experts now think that the fall in economic activity will dampen carbon emissions sharply and ultimately bring down German emissions to the government's original target for 2020.

Economists at the Kiel Institute for the World Economy (IfW) now estimate that the economy could shrink between 4.5 and 9.0 percent in 2020, depending on the duration of the shutdown. Economists at Deutsche Bank pointed out that unlike in 2009, when the recession mainly affected manufacturers, the services sector is severely hit this time, too. The Leibniz Institute for Economic Research (RWI) meanwhile cut its forecast less drastically, predicting a decline in GDP by 0.8 percent in 2020.

"Clearly, the economic impact of the virus will be drastic. For a good reason, French president Emmanuel Macron described the situation as almost war-like," Martin Cames, head of the energy and climate division in the Institute for Applied Ecology's Berlin office, told Clean Energy Wire.

"I expect the slump will be more severe and more prolonged than after the financial crisis. As a result, emissions will decrease significantly, but it's far too early for serious forecasts," said Cames, adding that emissions in China had been around 25 percent below normal levels as a consequence of the pandemic.

Emissions look set to fall globally due to the crisis, and Germany may now actually meet the government’s original 2020 target of a 40 percent emissions cut compared to 1990 after already posting three consecutive years with significant reductions due to the rising share of renewable power and a drop in coal use. In 2009, the German economy shrank by 5.6 percent, lowering emissions by nearly 70 million tonnes or nearly 7 percent year-on-year. While emissions rebounded the following years, they never reached the pre-recession level again.

Energy transition think tank Agora Energiewende* estimates that Germany could see emissions fall between 50 and 120 million tons in 2020 depending on the depth of the economic slump. "This would mean a reduction in greenhouse gas emissions between 40 and 45 percent compared to 1990," the think tank said in a snap analysis on Friday.

The single most precipitous decline

The ifo Economic Institute reported that its widely-watched current business climate index posted its steepest slump since 1991. The slump in business expectations was even steeper, posting the quickest drop in 70 years of industry surveys, the ifo said. The German Institute for Economic Research (DIW) stressed the extremely high level of uncertainty and called for European coordination of governments’ responses.

Frank Peter, deputy director at energy think tank Agora Energiewende* said first indications suggested the pandemic's economic impact will likely be more profound than during the financial crisis, because all regions of the world are affected, and because it is both a supply and demand crisis. "While this makes a rapid recovery probable, because both can pick up in parallel, it will be accompanied by fundamental structural changes," Peter said. He added the best indicators to gauge emissions reductions in the coming months would be industrial production, oil and gas sales, and the CO2 intensity of the country's power mix reflected in his institute's Agorameter.

Cames said it was difficult to extrapolate the emission reductions in the wake of the financial crisis to today's situation for a variety of reasons. "For example, the CO2 intensity of electricity is lower today than it was in 2009, meaning that a decline in power consumption might have a smaller impact than it did then," Cames said. "On the other hand, the oil price collapse, falling prices for coal and cheaper emissions certificates could boost demand for fossil fuels – for example coal demand in power stations at the expense of gas."

Cames also said the current lockdown in Germany suggested that transport emissions are set to fall much more significantly compared to the 2009 recession. But the German Environment Agency (UBA) said the effect remained very unclear. "It will certainly depress emissions if less is produced and travelled, but it is not yet possible to estimate exactly how much. Perhaps there are also counteracting effects if people avoid public transport and use their own cars. But perhaps more people will get on their bikes to avoid the viruses," UBA said in an emailed statement.

Germany's Environment Agency said earlier crises suggested that a temporary emission decrease didn't help the climate in the longer run. "If you look at the economic crisis, the slump with low emissions was followed by an even stronger economic upturn and higher emissions. Consumption was partly reversed and then caught up," the agency said, adding that a sustainable restructuring of the economy was needed.

This is why climate experts have urged governments to ensure that any stimulus programme is in line with long-term efforts to cut climate-harming greenhouse gas emissions. "Financial support to bolster the economy should be aligned with climate targets and the EU Green Deal," Cames said.

"The best way to prevent a strong rebound is to make all stimulation as 'green' as possible and keep the long-term goal of climate neutrality in mind," said Agora's Frank Peter. "The current crisis is creating disruptions anyway, so I have to find the courage to reinvest in green products. For example, a blast furnace that has to close should come back as a [low-emission] plant when demand rises again. Or the car factory for combustion engines, which has now come to a standstill, should start up again as an electric vehicle factory."