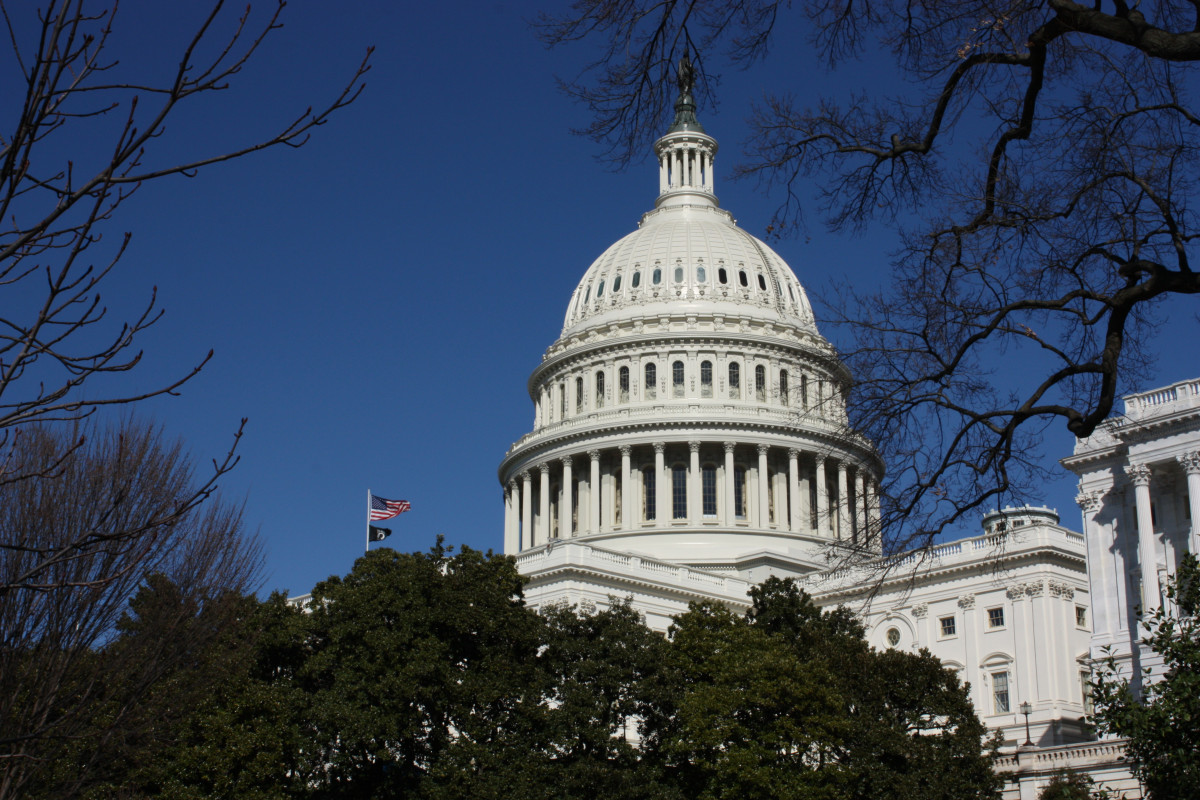 The EU's carbon border tax gets a lot of attention in the U.S., including on the Hill, says UCS's Alden Meyer. Photo: CLEW/Wettengel 2020.

The United States administration, politicians and industry warily watch European Union debates on introducing a carbon border adjustment mechanism, which would put a CO₂ price on goods imported to the EU to reduce the risk of carbon leakage. Such a scheme risks intensifying trade disputes between the two continents and further weakening transatlantic relations. US government officials wonder why their country should be penalised for not having a carbon price when they are reducing greenhouse gas emissions through other measures. As the European Commission continues to quietly evaluate possible ways for what is often called a carbon border tax, the debate is getting a lot of attention in the US capital, say policy experts. [The research for this article was supported through a Kellen Fellowship by the American Council on Germany.]

US energy officials are concerned about the European Commission’s discussions about the introduction of a carbon border tax, which would penalise imports from countries that don’t meet the same emissions standards as domestically produced goods. The debate is also getting a lot of attention among legislators, industry representatives and researchers in Washington, D.C., the nation’s capital.

The US administration points out that the country’s emissions have been going down without a CO₂ price. “While we continue to be a global leader in emissions reduction, we do not necessarily feel that the carbon tax is needed,” Shawn Bennett, deputy assistant secretary for oil and natural gas at the US energy department, told Clean Energy Wire (CLEW). “While the European Union may feel the need of a carbon tax, why should we be penalised as the United States when we are leading the world in CO₂ reduction, because we don’t have a tax in place?”

Energy-related CO2 emissions declined by about one gigatonne between 2000 and 2019 in the US, the largest absolute decline by any country in the world over that period, according to recent data by the International Energy Agency (IEA). In relative terms, other countries such as the UK or Denmark have reduced their emissions more significantly.

As part of the European Green Deal, the European Commission led by Ursula von der Leyen wants to introduce the mechanism to reduce the risk of carbon leakage “should differences in levels of ambition worldwide persist as the EU increases its climate ambition.” This would mean putting a CO₂ price on imported goods depending on the greenhouse gas emissions produced along their value chain and on possible carbon prices paid already. The carbon adjustment cost would reflect the carbon price had the goods been made domestically.

Why should we be penalised as the United States when we are leading the world in CO₂ reduction, because we don’t have a tax in place?

Shawn Bennett, deputy assistant secretary for oil and natural gas at the US energy department

The idea is to create a level playing field for domestic and foreign businesses, especially for energy-intensive industries such as steel and cement. Manufacturers in the EU are paying a CO₂ price under the EU Emissions Trading System (EU ETS). As the allowance price continues to rise here, producers might be put at a disadvantage over competitors in other countries with less stringent emissions regulations. Production could shift abroad with overall higher greenhouse gas emissions globally as a result. The European Commission has said the adjustment mechanism would be an alternative to the EU ETS’s current measures to avoid carbon leakage, such as the free allocation of allowances.

Carbon border tax “gets a lot of attention” in US

Plans by the EU are getting a lot of attention in Washington, said Alden Meyer, director of strategy and policy for the Union of Concerned Scientists (UCS). “It is getting picked up in conservative circles, there are articles in the [conservative news website and weekly magazine] Washington Examiner, it is being talked about on the Hill [term used to refer to the U.S. Congress] and in the business community,” he told the CLEW.

However, US stakeholders are “trying to understand how real it is” and they are sceptical as to whether the EU could actually pull it off, especially if it has to do so by itself, said Meyer. “Unless you get some traction, particularly with China and some other major EU trading partners, people would see it as something pretty hard to pull off by the EU itself. But it is definitely getting noticed.”

US response depends on election outcome

The plans could further test the already weakened transatlantic trade relations between the US and Europe. The Financial Times’ (FT) editorial board has recently said that the envisioned tax is likely to worsen the EU’s trade frictions with the US. United States Secretary of Commerce Wilbur Ross told the newspaper that introducing a mechanism could be a new irritant in trade relations. Bloomberg’s Chris Bryant wrote early on that president Donald Trump would “no doubt hit the roof” when learning about the idea.

The EU leadership is aware of these concerns. At the presentation of the EU climate law proposal at the beginning of March, von der Leyen said: “We will of course design this mechanism with stakeholders – in Europe and beyond – in a very inclusive and very transparent manner.” The mechanism is to be designed to comply with World Trade Organisation (WTO) rules, she has said repeatedly. That means it must not discriminate against any of the bloc’s trading partners or favour domestic products over imports.

German government officials and members of parliament have recently cautioned against an overly hasty introduction of such a system. They called for a thorough economic and legal analysis of possible models to make sure it is “manageable” for the economy. The EU is currently conducting an impact assessment and plans to present a proposal for selected sectors by 2021.

Susanne Dröge from the German Institute for International and Security Affairs (SWP) told Tagesspiegel Background that the EU is looking at a whole range of option to introduce a mechanism, including a CO₂ tax on domestic and foreign products, a carbon customs duty only on foreign goods and the expansion of the EU ETS on imports. German law firm Becker Büttner Held (BBH) wrote in a blog post that there are “a lot of contentious issues and open questions”. It said companies under the ETS should be aware that in due course there would be a discussion about the possible abolishment of free allocation of emissions allowances. 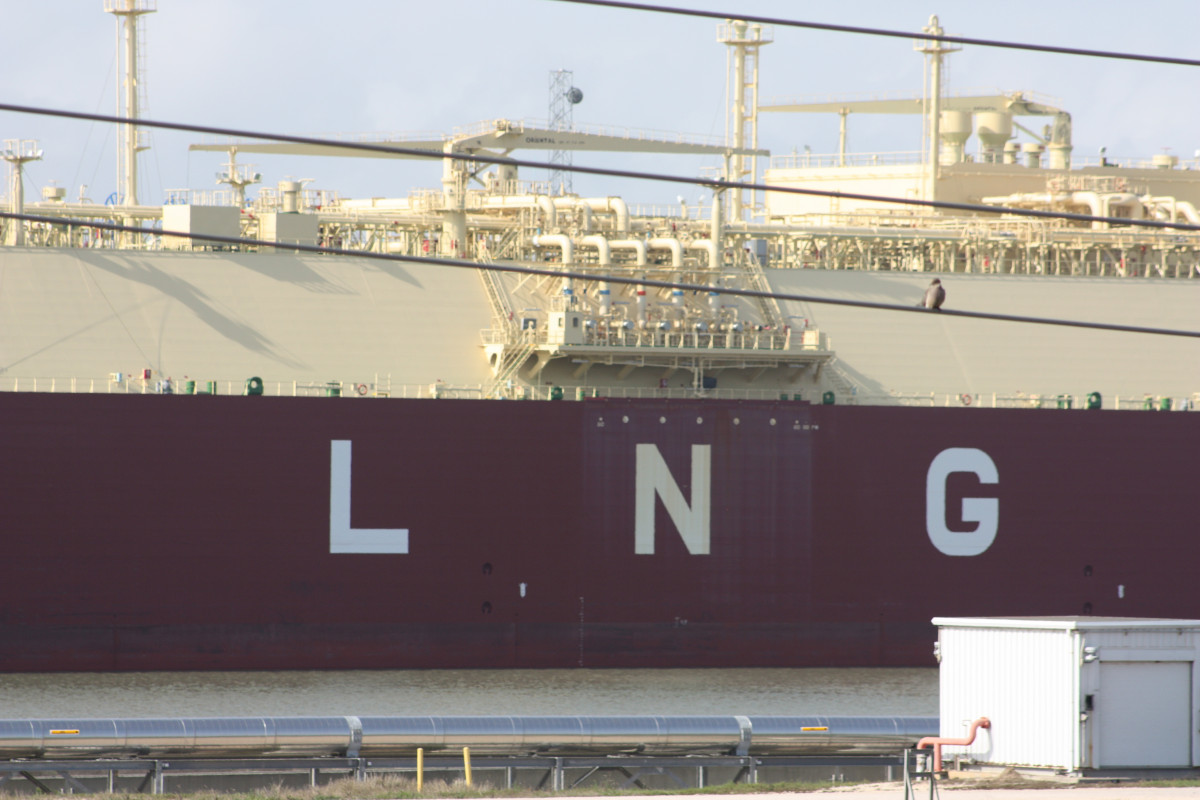 "There is a universe of D.C. that sees the European Green Deal as attacking US LNG," says Nikos Tsafos of CSIS. Photo: CLEW/Wettengel 2020.

The response of the US administration to the possible introduction of a border adjustment mechanism depends on who sits in the White House after the November election, said Nikos Tsafos, senior fellow with the Energy Security and Climate Change Program at the Center for Strategic and International Studies (CSIS). “If you have another Trump administration, the response may be more antagonistic. If you have a Democratic administration, I think the European hope is that this becomes a transatlantic border adjustment tax.”

Among others, leading Democratic presidential candidate Joe Biden supports the idea of introducing a price on carbon emissions in the US. His campaign climate plan also states: “As the U.S. takes steps to make domestic polluters bear the full cost of their carbon pollution, the Biden Administration will impose carbon adjustment fees or quotas on carbon-intensive goods from countries that are failing to meet their climate and environmental obligations.”

Tsafos said the EU has some weight to throw around in setting such rules. The international trading system “will have to evolve to think about carbon in a more holistic way,” he told the Clean Energy Wire. “There is a lot of curiosity so far in Washington about what that means for trade and how to make it work.”

No solid evidence for risk of carbon leakage – think tank

Even European experts are not sure that a carbon tax would work. Significant logistical, legal and political challenges will arise during the design of a carbon border mechanism, write Georg Zachmann and Ben McWilliams of the Brussels-based think tank Bruegel in a paper. Among other things, emissions along the entire value chain of products are difficult to assess, and conformity with WTO rules is a big challenge and might lead to a trade-off between political feasibility and effectiveness, they write. “As an advocate of free trade, the EU must be careful to steer clear of the argument that a [carbon border tax] is a disguised restriction on intentional trade.”

Zachmann and McWilliams also argue against it because “there is little solid evidence” for a risk of dramatic carbon leakage. “Developing a [carbon border tax will] certainly expend significant amounts of human and political capital, whilst alienating and provoking international partners with whom cooperation is essential for successful decarbonisation.”

An “attack on US LNG”

US manufacturers would likely not have to fear the biggest effects initially, said CSIS’s Tsafos. “Frankly, if you do place limits like that you will get rid of a lot of Chinese goods before you get rid of American goods.”

One sector which is particularly keeping an eye on the developments in Brussels is the US gas industry, which has been struggling to keep climate-harmful methane emissions from its operations in check. “US producers are very focussed on this,” said Tsafos, adding that certain industry representatives associate the European Green Deal policy package exclusively with the carbon border adjustment tax. “And when they think of that they hear methane. There is a universe of D.C. that sees the European Green Deal as attacking US LNG. I don’t think that’s a fair reasoning, but it is essentially how parts of Washington are thinking about this. There is a lot of concern.”

Fred H. Hutchison, president and CEO of LNG Allies – a US LNG industry lobby group – told the Clean Energy Wire that there is an emerging awareness of what the EU plans could mean. However, “there is a lot of uncertainty as to how it might be developed and applied, so it is too early to comment. However, it is on our radar at LNG Allies.”