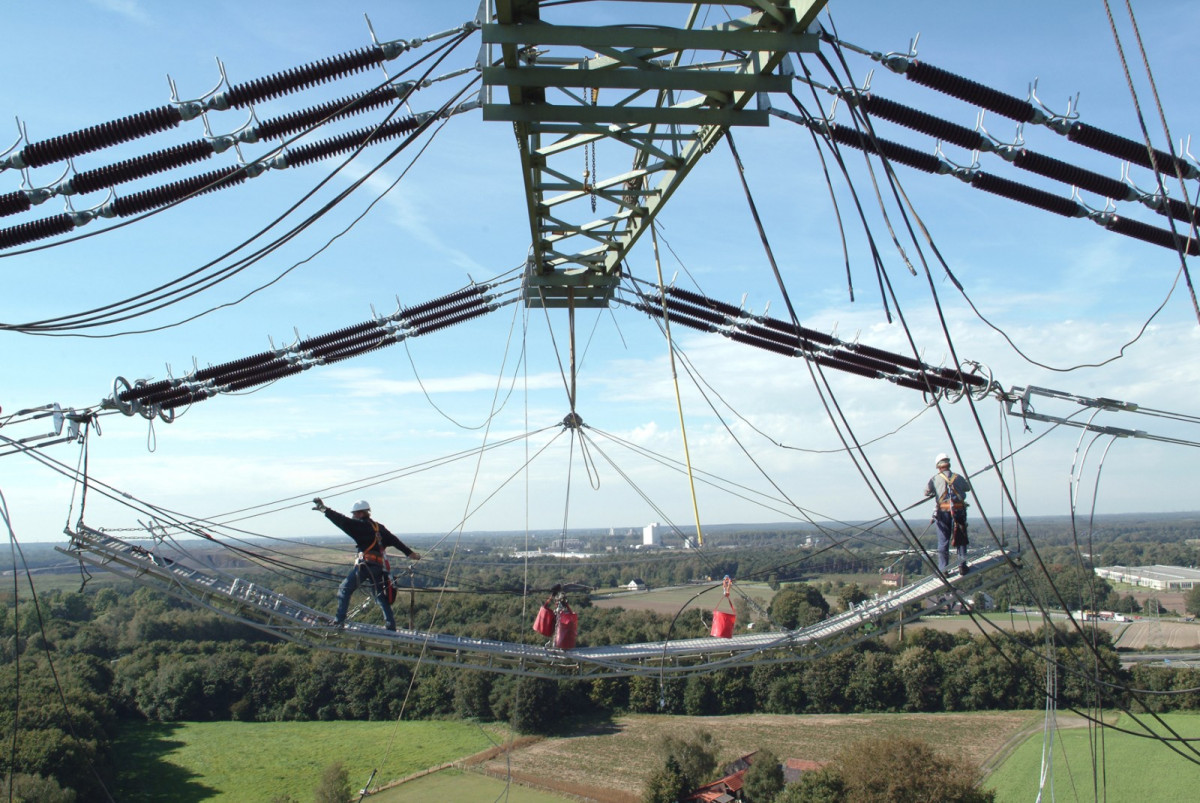 Germany’s power grid was strained at several moments in June because too little electricity was fed into the system, according to the four power transmission grid operators (TSO). Power market experts said the reason for the “very tense situation” could lie in faulty regulation of the so-called “control energy” used to balance out demand and supply in the power grid to secure system stability. The increase in renewable energy sources, however, is most likely not to blame, energy experts added.

A lack of electricity strained the German power grid at several moments in June, power transmission grid operators (TSO) said in a statement.

“The situation was very tense and could only be managed with the support of European partners,” the operators said in a written statement. As too little power was available to meet demand, the grid frequency fell “throughout the European integrated grid”, and the four TSOs had to arrange for additional “control power” to balance out generation and demand, they said.

Jan Aengenvoort, spokesperson for virtual power plant Next Kraftwerke, told Clean Energy Wire that the reason for the shortfall could lie in regulatory deficiencies, which have led to traders taking advantage of the system. However, the Federal Network Agency (BNetzA) cautioned that the cause was “not yet clearly established”. Grid operators will need several weeks to analyse the situation and determine the cause, they said.

Next Kraftwerke has long criticised new market regulations. The federal network agency is examining a reform proposal by grid operators.

Activating control power is comparatively expensive and traders try to avoid it by forecasting supply and demand as exactly as possible.

Due to a 2018 regulation, however, activating control power can be less costly than trying to sell or buy necessary amounts on regular markets, said energy expert Claudia Kemfert, head of the department of Energy, Transportation, Environment at the German Institute of Economic Research (DIW Berlin). This decreases the incentive for traders to ensure a balance of demand and supply, she said.

The data which are available today do not provide a reason to blame renewable energy for the shortfall.

The new regulation “hurts grid security, drives up costs and displaces renewable energies and other flexibility options such as demand side management or storage,” Kemfert told CLEW. “Worse still, it gives the impression that renewable energies are to blame for this development.”

German Renewable Energy Federation President Simone Peter called for a quick and well-founded analysis of the situation by the Federal Network Agency. “Until then, any statements about the cause are irrelevant speculation,” Peter said.

Production of intermittent green electricity has risen sharply over the last few years in Germany, which has led to industry concerns about the security of the power supply. But Germany still has one of the most reliable electricity grids in the world. Actual power blackouts are increasingly caused by extreme weather events rather than by the transition to renewable energies. At the centre of Europe, neighbouring eight other EU states, Germany is playing a key role in creating a single European energy market.

Fluctuations in renewable energy, which have previously caused concern about energy security, do not seem to be the cause of the problem, according to expert Andreas Jahn of the Regulatory Assistance Project (RAP). “The data that are available today do not provide a reason to blame renewable energy for the shortfall. In fact, there were no abnormalities in supply to be seen on 25 June.”

Jahn says the situation shows how Germany profits from the interconnection with neighbouring countries. “This is a good example of how Germany also gains from being part of an integrated European energy system. Were it not for Germany's European partners, we might have experienced a blackout,” said Jahn.