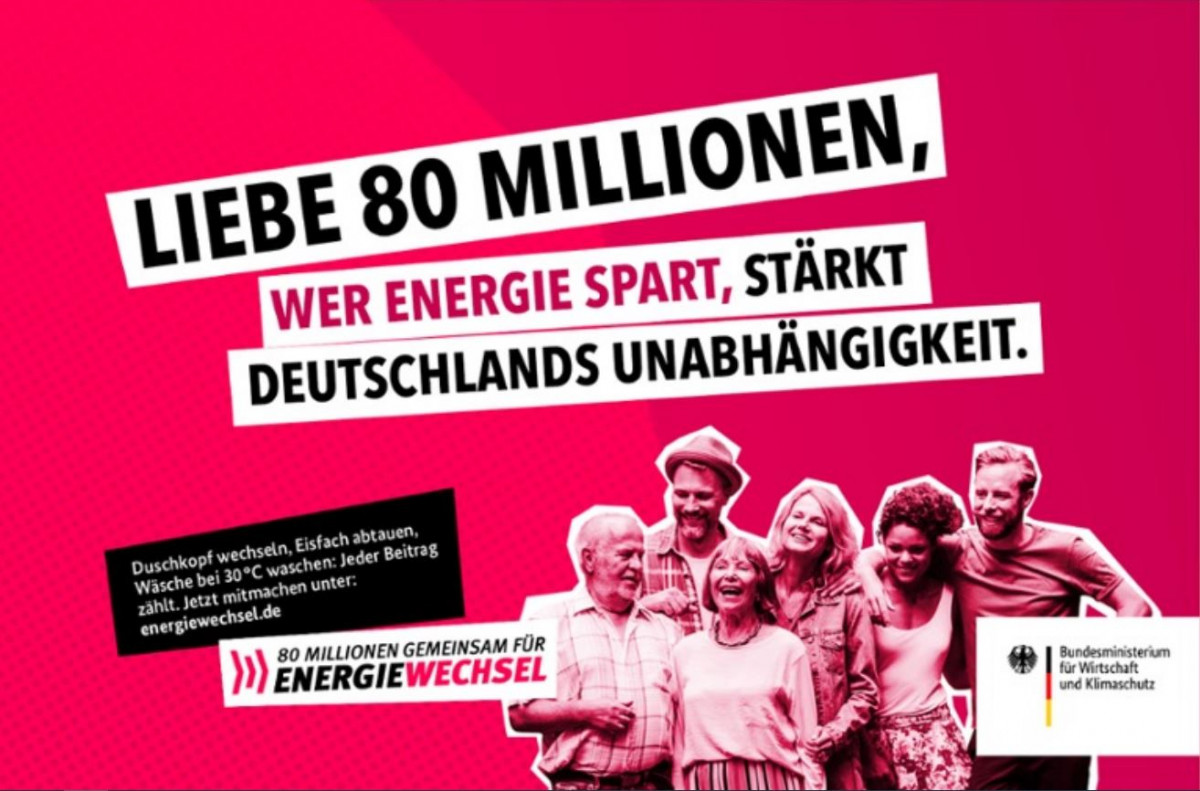 The German government and a broad alliance of business and civil society groups are calling on citizens to save energy with an advertising campaign aimed at reducing dependence on Russian imports while also accelerating the country’s landmark energy transition. Increasing efficiency is key to becoming more independent and reaching climate targets, economy and climate minister Robert Habeck said at the launch of the campaign. Many environmentalists welcomed the initiative, but some criticised the government for subsidising petrol use and shifting responsibility to citizens.

Germany’s government has launched a campaign urging citizens to save energy in order to make the country more independent from Russian energy imports and accelerate the phase-out of fossil fuels in its drive to become climate-neutral. “The Russian war of aggression in Ukraine makes it painfully clear to us every day: we need to move away from fossil fuels and end our dependency on Russian imports,” climate and economy minister Robert Habeck said. “Only with more renewable energies and more energy efficiency will we strengthen our independence.” He said his ministry’s campaign, which is called ‘80 million together for energy change', will invite people to join in the effort to cut consumption.

A broad alliance of social, industry, environmental and consumer associations have joined the government’s efficiency drive and vowed to promote energy savings with their own initiatives.

Habeck stressed that high energy prices alone made energy savings urgently necessary. “This is precisely why we want to raise awareness of the issue once again and make saving energy as easy as possible with tips, hints and examples” for companies and private households, he said. “Regularly defrosting the freezer compartment, changing the shower head or switching the lighting in offices to LED – these reduce consumption. And if many people do them, it really does make a difference.”

“Deal a blow to Putin while saving money”

The associations said they decided to join the initiative because increasing efficiency was key to making the energy supply secure, sustainable, and affordable. “Every cubic meter of gas we use finances a war of aggression, and every ton of oil or coal fuels the climate crisis,” said Jutta Gurkmann, executive director of the federation of German consumer organisations (vzbv). Environmental NGO umbrella group DNR called efficiency the “necessary twin of the renewable roll-out.” Habeck said conserving energy enabled citizens to “deal a blow to Putin while saving money at the same time.” The association of municipal utilities (VKU), which also joined the government initiative, said that “in recent years, energy efficiency has unfortunately and unjustifiably led a shadowy existence in the public discussion about the energy transition.”

Habeck said the urgency of dealing with the triple challenge of energy security, the climate crisis, and the social effects of expensive energy had made the broad alliance possible. He said the involvement of many other actors made it “a campaign from Germany for Germany,” rather than a patronising top-down affair. 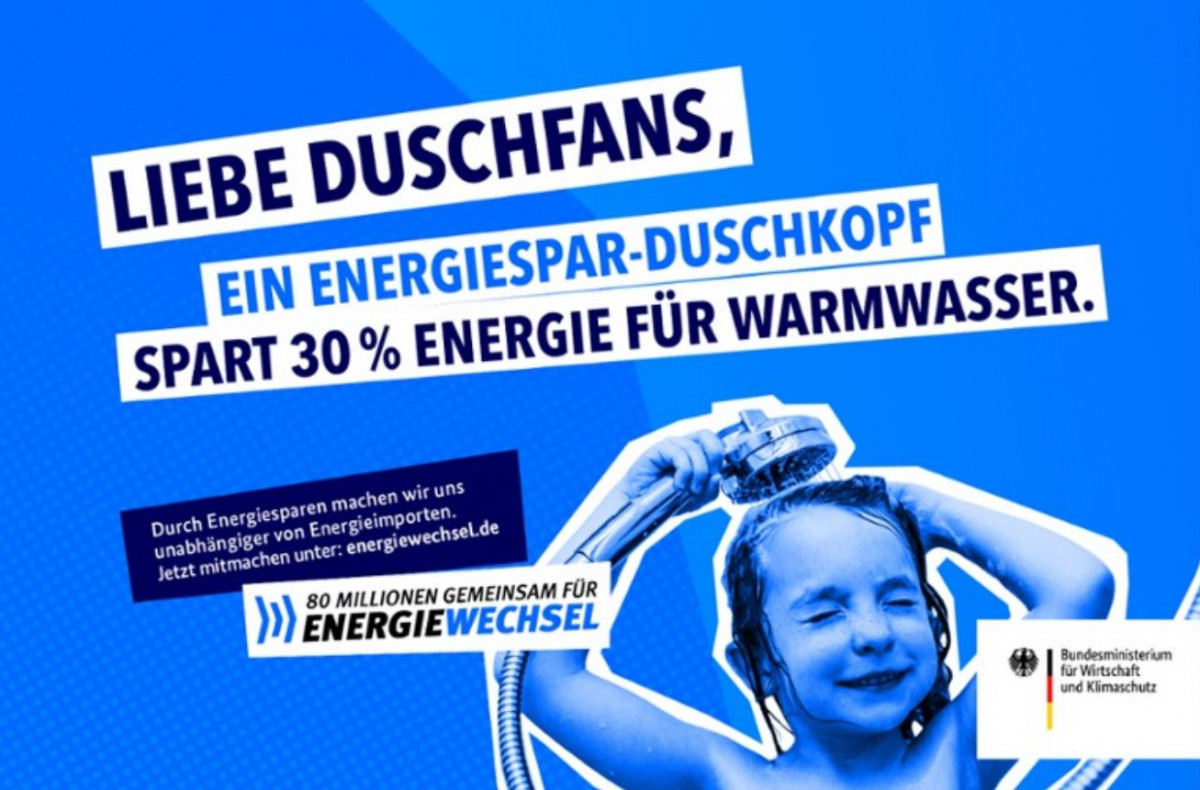 Environmental organisations and many experts have repeatedly criticised the government for putting too much emphasis on replacing Russian fossil fuel imports and subsidising energy use instead of stepping up efforts to reduce consumption. “In the fourth month of war, economics minister Habeck finally turns his attention to the issue of saving energy,” said the head of Greenpeace Germany, Martin Kaiser, adding that the transport ministry’s petrol subsidies counteracted the effort. “That’s like trying to extinguish a fire while at the same time adding fuel.”

“Extinguishing a fire while adding fuel”

Greenpeace, which said it will not join the government campaign but has intensified work on energy savings since the start of the war, warned the government not to shift the responsibility for energy savings onto citizens. “A campaign is no substitute for a law,” Kaiser said, adding the government could reduce energy use with easy steps such as a motorway speed limit and a ban on new oil and gas heating systems from 2024 at the latest.

Habeck freely admitted that the petrol subsidy was “somewhat contradictory” to the aim of saving energy, but said it served to relief citizens hit hardest by the energy price rise. He also said the campaign was no substitute for government policies to increase efficiency. “For the whole thing to fly, we need to take on our responsibility.”

Some other EU countries have also recently launched campaigns to encourage citizens to save energy, for example Belgium and the Netherlands.