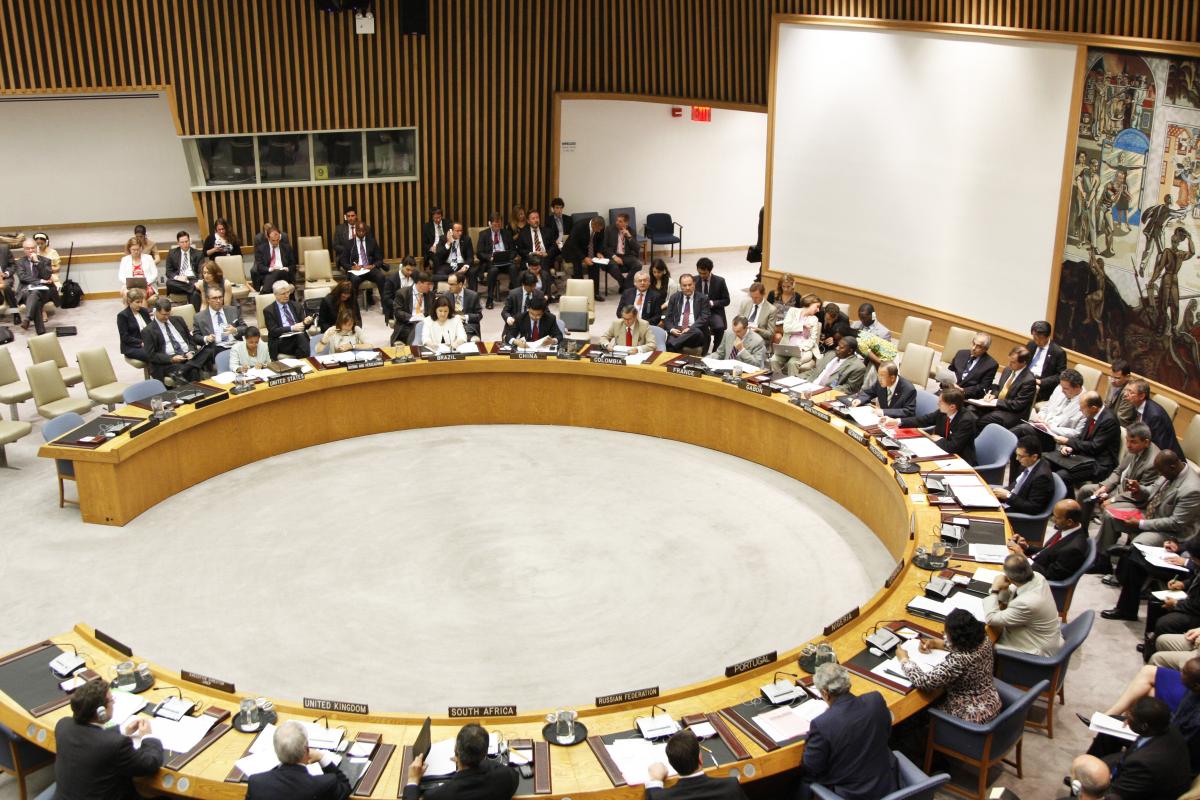 The UN Security Council discusses the impacts of climate change on peace and security in 2011. Photo: UN Photo/Mark Garten 2011.

Germany plans to use its diplomatic clout during its two-year term on the UN Security Council to ensure that climate change concerns are an integral part of UN security policy. People who are most vulnerable to global warming, such those in Pacific Island states, are counting on Germany, with its long history of environmental advocacy, to put the issue back on the agenda in 2019/20. The German government expects this won’t be easy, after the recent shift in climate policy by some permanent Security Council members, like the US.

Germany wants to use its two-year term as a non-permanent member of the UN Security Council (UNSC) in 2019/2020 to raise awareness within the international community about the impact of climate change on security policy.

“The United Nations of the 21st century must tackle the root causes of conflict. These also include climate change,” German foreign minister Heiko Maas told the General Assembly in September 2018. “We want to ensure that the Security Council makes the devastating effects that climate change can have on the security and stability of entire countries and regions an even greater priority.”

Rising sea levels and drought caused by global warming are major threats on the horizon that could lead to large-scale displacement – potentially destabilising many countries and entire regions. The 2018 IPCC special report on the impact of global warming of 1.5 °C above pre-industrial levels warns that climate-related risks to food security, water supply and human security are likely to increase with global warming of 1.5°C and even further with 2°C.

Small island states are among those most vulnerable. “For us, climate change is an invading army. That’s why it belongs in the Council,” Marlene Moses, Permanent Representative of the Republic of Nauru to the United Nations, told Clean Energy Wire. Nauru is the smallest state in the South Pacific.

Despite these fears and warnings, climate change is not regarded as a traditional security risk. 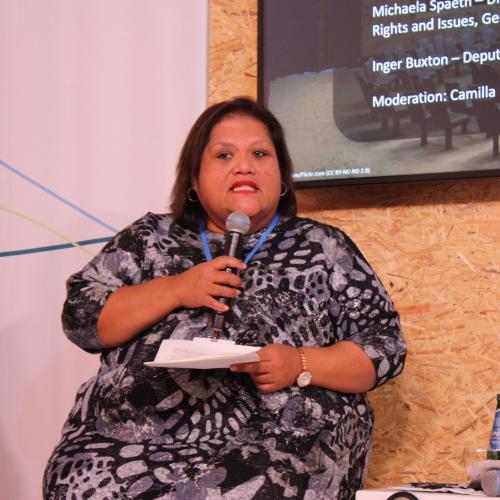 For us, climate change is an invading army. That’s why it belongs in the Council.

Marlene Moses, Permanent Representative of the Republic of Nauru to the United Nations

As the UNSC is charged with maintaining international peace and security, it generally deals with existing conflicts, such as civil wars and humanitarian crises. However, for Michaela Spaeth, Deputy Director-General for Energy and Climate Policy at Germany’s Federal Foreign Office, maintaining peace in the world also requires foresight. “The Council has to act not only once the house is on fire,” but it must also prevent this fire from breaking out, she said during a panel discussion on climate and security at this year’s UN climate change conference COP24 in Poland.

At the turn of the year, the terms of five of the ten non-permanent UNSC members will end, making way for Germany, Belgium, the Dominican Republic, Indonesia and South Africa.

German success in 2011, but two difficult years ahead

The Security Council so far has only hesitantly taken up the issue. In 2007 – upon a call by the UK – it held its first-ever debate on the impact of climate change on security, in which some delegates raised doubts over whether the Council was the proper forum for such a discussion. Among them was China, which said the Council is not the “right decision-making place for extensive participation leading up to widely acceptable proposals.” Many countries thought the issue belonged in the General Assembly

During its last stint as a non-permanent member of the Security Council in 2011, Germany managed to get a presidential statement, in which the UNSC said it “expresses its concern that possible adverse effects of climate change may, in the long run, aggravate certain existing threats to international peace and security.” While the statement is not binding, it does carry diplomatic weight and requires the approval of all 15 Council members.

The statement also called on the Secretary-General to include contextual information on possible security implications of climate change in his reporting on conflicts around the world.

“I’m afraid to have to say that the UN has not followed up on this, ever,” Spaeth said in Katowice.

Making climate a “normal political issue in the thinking of the Council” has not gotten any easier in recent years, she added. The veto-empowered permanent members Russia, the US, China, the UK and France have the last say on what the Council debates and agrees. “Among [these] there are a number of countries whose position on climate change has changed, so we will have two difficult years ahead of us in our Security Council work.”

While some countries question whether climate policy should have a place in the Security Council, many small island states have been pushing for this for years. For countries like Nauru, global warming is about “the total inundation of an island, the total relocation of populations to another sovereign land,” said Moses. Even before that happens, food and water supplies are in danger, as the country has to import most of these. 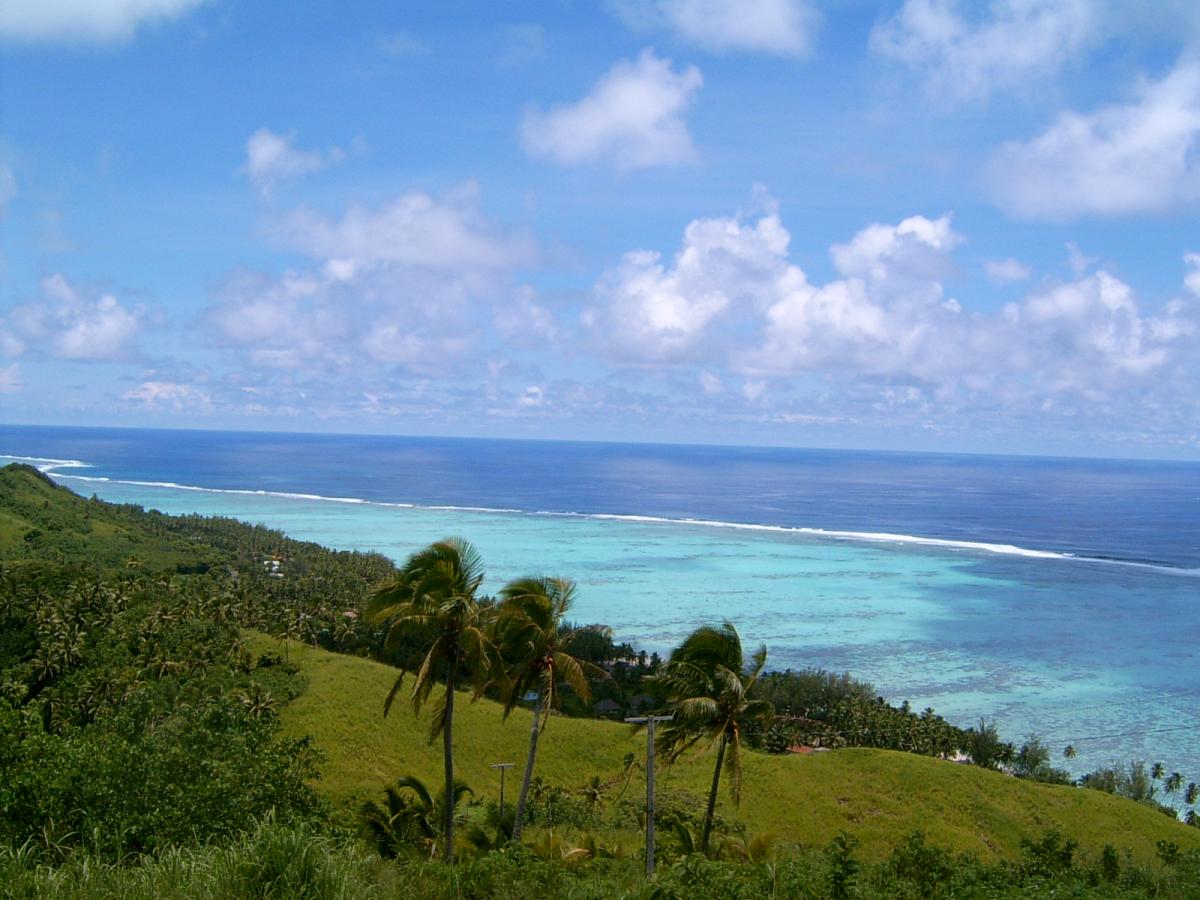 Many small island states have been pushing to make climate an issue in the Security Council for years. Aitutaki in the Cook Islands. Photo: Mr Bullitt 2006.

In August 2018, Germany and Nauru established a Group of Friends on Climate and Security “with the aim of cooperating to develop solutions for the impact of climate change on security policy, raise public awareness and boost the involvement of the United Nations in this area.”

German foreign minister Maas knows that Nauru and others are looking for a strong ally in Germany. “People trust Germany to be a force for reconciliation, a defender of the rules-based global order, a voice of reason in an increasingly radicalised world.”

In fact, Germany was voted into the Council because it could count on the support of countries like the Pacific Island states, as Maas emphasised in an interview with the Süddeutsche Zeitung. These had backed the German application, because “we discussed with them that we would make clearer the link between climate action and security,” he said.

Other island states also say they are happy about Germany’s commitment. “I have a lot of respect for the German government and the German people, because, for me they reflect our own thinking on the environment and it’s good to see that they are actually doing something about it,” Henry Tuakeu Puna, Prime Minister of the Cook Islands told Clean Energy Wire. “We recognise that climate change is a security issue for the Pacific and I’m very pleased and heartened that Germany is taking that up.”

“Germany is one of the few countries with the standing to make a difference,” Susanne Dröge, Senior Fellow at the German Institute for International and Security Affairs (SWP), wrote in a research paper.

However, she says that the outcome of the two-year term will depend on the overall political situation at the UNSC, and Germany faces several challenges. First, it has to show the value for all parties involved – from vulnerable developing countries to the permanent five. Second, Germany must maintain its credibility as a climate policy leader and push engagement at the highest level possible. Third, German diplomats will have to manage expectations and lay out what can actually be achieved through the Security Council.

While minister Maas called climate and security a “clear priority” for the coming two years, it is only one of three set by the German government. The others are ‘women, peace and security’, and ‘children in war zones’.

Germany wants the security risks of climate change to become an integral part of the UNSC’s work. “We want to enable the UN system and the Security Council to better recognise, assess and act on the inter-linkage between climate change and peace building,” said Spaeth at COP24.

As much of the UN’s work is still carried out in silos, climate has to be mainstreamed, much like gender questions have in the past, she added. “Every report or analysis on a certain region has to consider climate and security as one of the dimensions.” It is also necessary to improve the knowledge base on the climate impact of different sources and in particular regions, she said.

Sweden to Germany: stay focussed, think outside the box and sometimes work under the radar

Germany will be able to build on the work of its predecessors.

“We are very pleased that Germany is taking over and carries the torch,” said Inger Buxton, Deputy Head of the Department of Global Agenda at the Swedish foreign affairs ministry at the COP24 panel discussion. Sweden, which will leave the Security Council at the end of 2018, had initiated the latest discussion on climate security in July, and managed to get climate onto the agenda of specific mandates over the past two years, such as peacekeeping Darfur.

The hardest thing now is to make sure that action is actually taken to address climate change in such missions, said Buxton. She offered some advice for German diplomats: “Something that we have learned in the Council is you need to be quite focussed, but you also have to think a little bit outside the box.” And sometimes, one has to “work a little bit under the radar, so as to not stir up too much dust,” said Buxton.

Germany’s allies over the coming two years include France, which will host the G7 in 2019, and Belgium, which has also identified climate and security as a main topic for its non-permanent seat in the UNSC.

As a first step, Germany aims to support the Dominican Republic in their planned effort to put the issue forward, as they will hold the first month-long Security Council presidency in 2019.