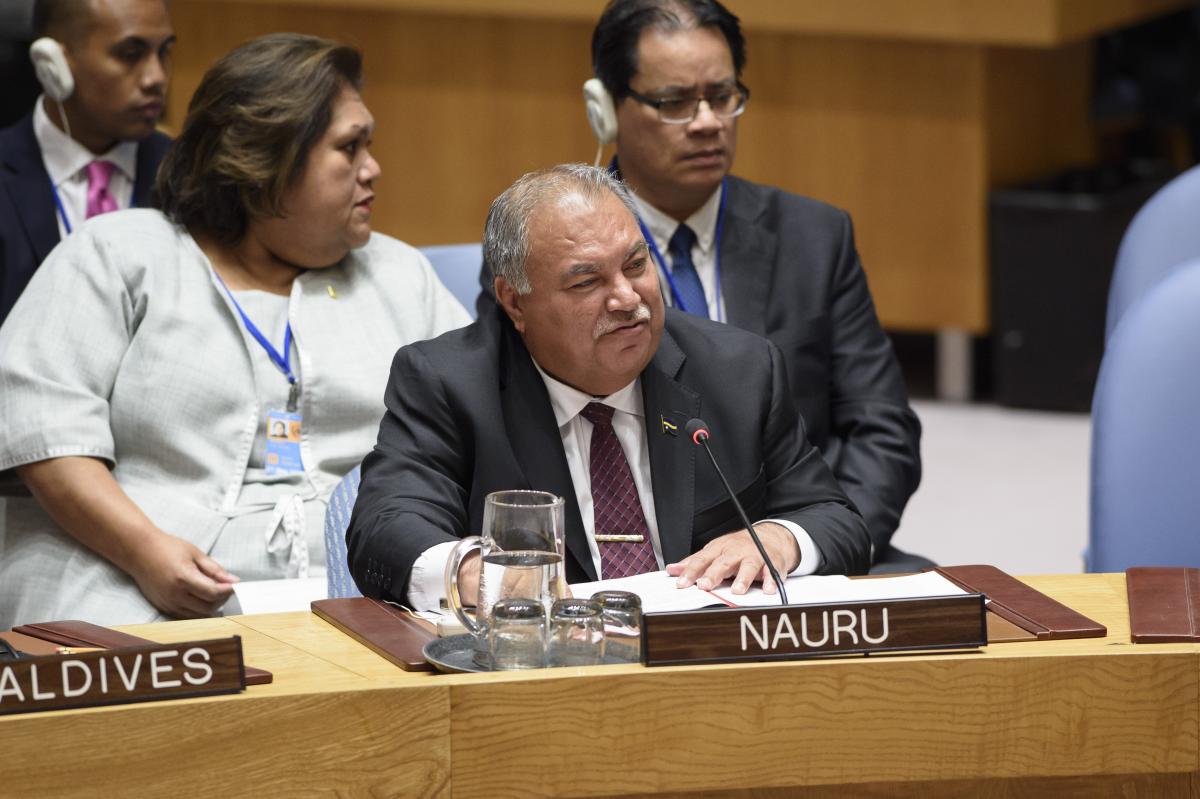 The German government has said it will use its two-year term as a non-permanent member of the UN Security Council to spotlight the security implications of climate change. After the recent shift in climate policy by some permanent Security Council members like the US, Germany should use its political clout to put the issue back onto the agenda, says Marlene Moses, Permanent Representative of the Republic of Nauru to the United Nations. She represents the smallest state in the South Pacific. Nauru is directly affected by rising sea levels, but it also depends on imports of food and water, which are threatened by droughts, floods and extreme weather elsewhere in the world. 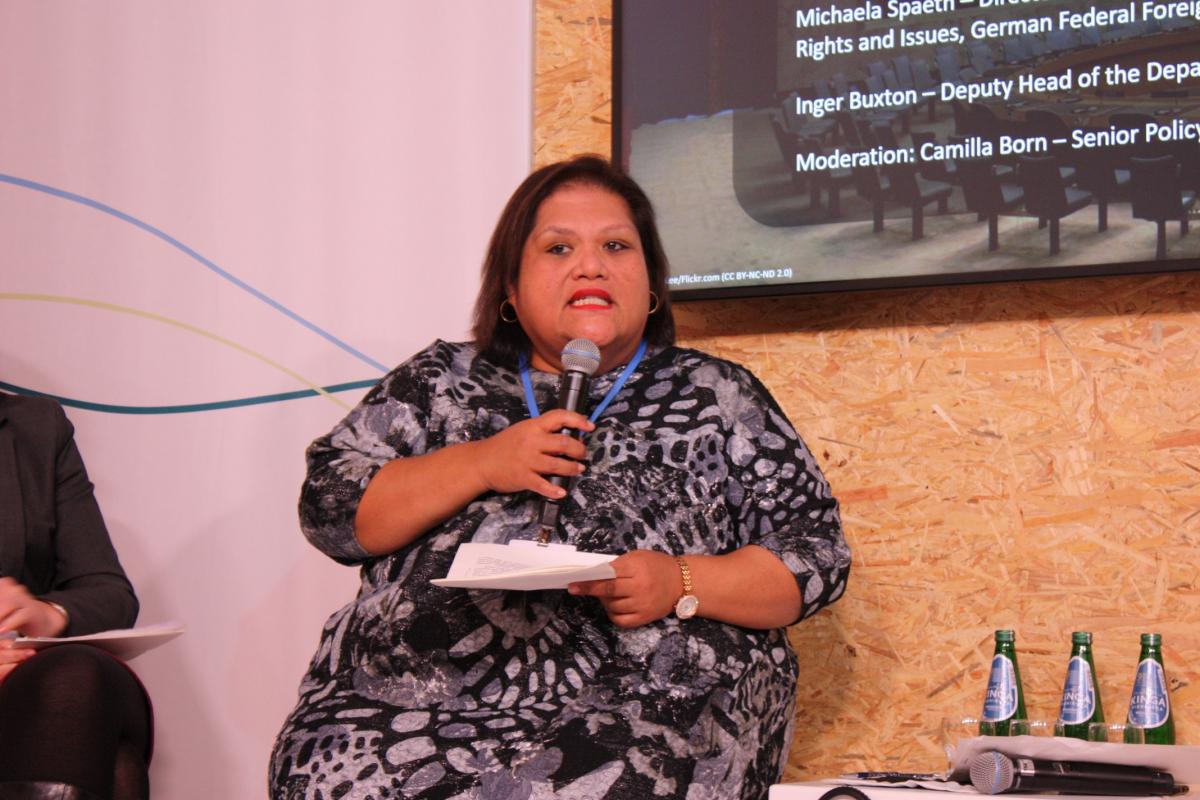 "It takes a country like Germany that can do the heavy lifting" to put a focus on climate policy in the UN Security Council, says Marlene Moses, Permanent Representative of the Republic of Nauru to the United Nations. Photo: CLEW/Wettengel 2018.

Clean Energy Wire: How is climate change a security issue, especially for an island state like Nauru?

Marlene Moses: In the process at the UNFCCC [United Nations Framework Convention on Climate Change] we tend to speak as if nature and the global economy will bend to the will of our negotiators. A loud chorus proclaims that the ambition of our targets can and will be raised in time to preserve a safe climate. But a safe climate for whom?

For us, it is about the total inundation of an island, the total relocation of populations to another sovereign land. Even before that – before total inundation and relocation due to sea level rise – it’s the food security, the security of water supply. In my country, there are no dams, no lakes, no rivers. We import water and we import food. Now, if those that we buy food or water from stop selling it to us, because they cannot produce enough – or it simply cannot get to us due to extreme weather events – what becomes of our island?

You have teamed up with the German government to create the Group of Friends on Climate and Security. How did this cooperation come about?

This collaboration started in 2011 when the German government put climate and security on its agenda as member of the Security Council. At that time, we were chair of the Pacific Small Island Developing States [PSIDS] and our president felt that this issue warranted his presence, so he delivered a statement in the Security Council.

However, it takes a country like Germany that can do the heavy lifting, because this issue is extremely political. Without the political clout you would not be able to do the heavy lifting. After Germany’s push in 2011, there was a long period in which climate was not on the Council agenda, until Sweden put it there again this July [2018]. Again my president came out to deliver the Pacific statement.

To us this is such an important issue. We have said before: to us, climate change is an invading army. That’s why it belongs in the Council.

How should Germany use its political clout now? What is an outcome you would wish for?

There has been a shift in climate change policies of the big nations. The US and Saudi Arabia are set to host the G7 and G20 summits in 2020. That will pose a challenge and this is where Germany needs to do the heavy lifting. Back in 2011, the United States was one of our strongest allies in the Council. This time, when Sweden took the floor, we were looking for that same tenacity and passion. We hope to see this re-emerge again soon.

In 2011, Germany managed to get a presidential statement on the security implications of climate change. Do you think that this time there is a possibility for a Security Council resolution?

Back then, we were hoping for a resolution, but settled for a presidential statement, because to us that is just as important. We have full confidence in the ability of the German government to once again see this issue through.

Traditionally, the Security Council deals with active crises. With all the armed conflicts, wars and refugee crises in the world, do you think the Council members will take climate change seriously in an equal manner?

The fact that they do not give this their full focus in public, I strongly believe this is because they’re looking at this closely behind closed doors. They, too, realise that this is an issue that needs to be addressed. It’s probably just too hard to say it publicly. Bringing the issue before the United Nations through a Special Representative would provide the opportunity for all to engage in this critical discussion.