Germany’s primary energy consumption fell 1.4 percent in the first quarter of the year, according to statistics from energy market research group AG Energiebilanzen (AGEB). While economic growth and low January temperatures pushed energy consumption higher, these factors were offset by warm weather in March and the fact that February 2017 had one day less than in 2016, which was a leap year. Renewable energy use was up 5 percent compared to the first quarter of 2016, while coal use was also up and nuclear energy use was down more than 33 percent due to maintenance works. AGEB told the Clean Energy Wire it did not have any data adjusted for calendar and temperature effects. 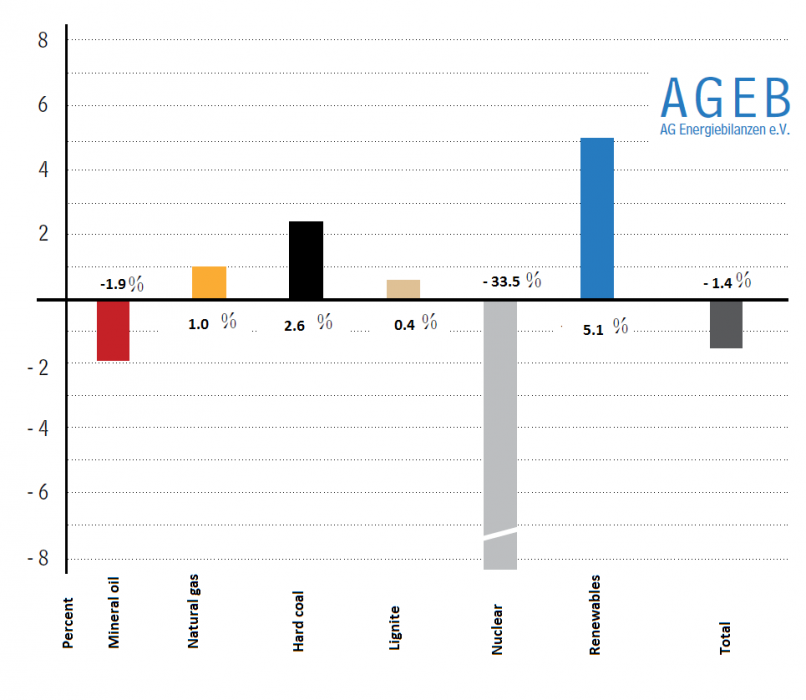