Germany is likely to miss its 2020 emissions reduction target by nearly 120 million tonnes of CO2-equivalent - a far greater margin than previously thought, think tank Agora Energiewende* said in a new study. The country should quickly implement an ambitious set of measures to avoid “probably irreparable damage” to its international reputation as a climate protection frontrunner, the organisation added. “The next government immediately has to step up its efforts to at least get the country somewhere near its target,” Agora Energiewende head Patrick Graichen said in a press release. 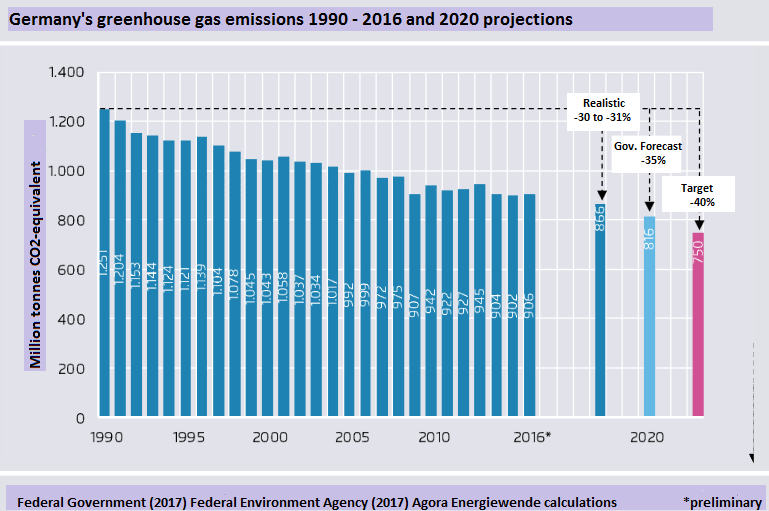