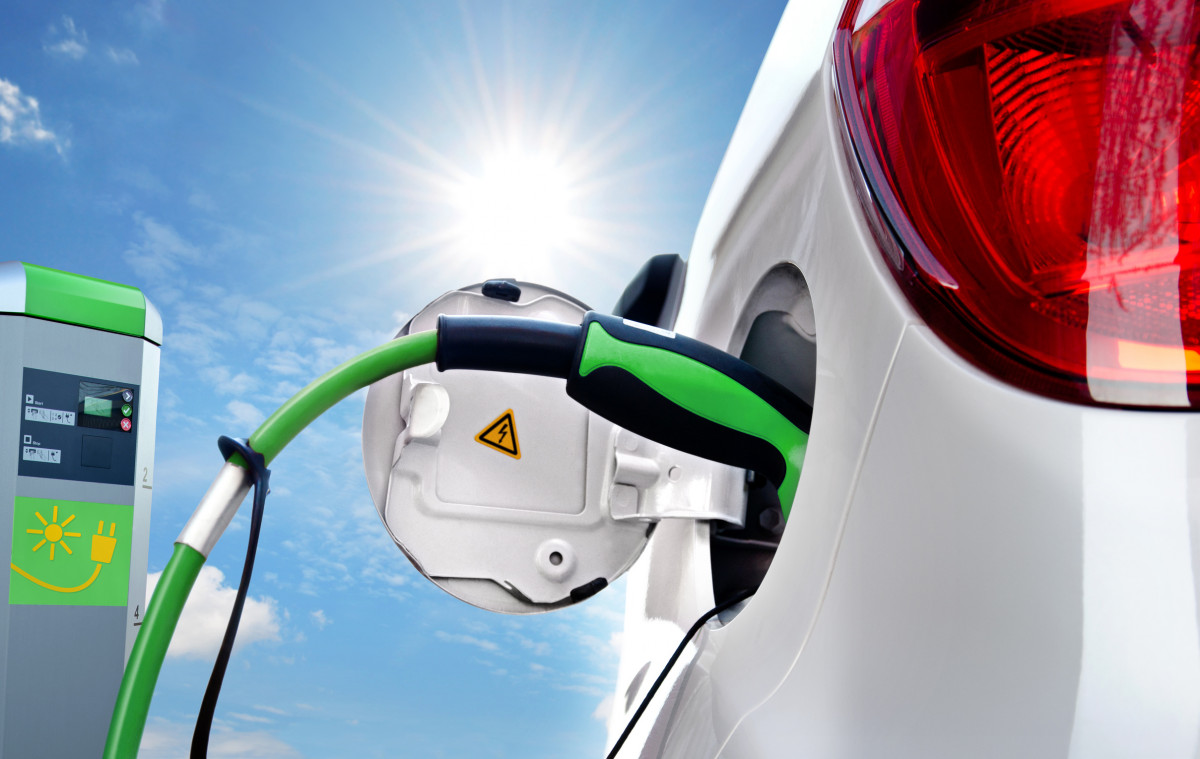 High uptake of government subsidies for electric cars has put Germany within striking distance of its original target of having 1 million e-cars on the road by 2020. Energy and economy minister Peter Altmaier said that subsidies for electric cars would reach a new record this year and had helped to meet the target with a delay of only six months. Registrations of new pure electric cars increased more than four-fold in June compared to a year ago, while a survey showed that two out of three drivers in Germany would consider buying a purely electric car.

Germany will cross the threshold of having one million electric cars on its roads this month, half a year later than originally planned, energy and economy minister Peter Altmaier told newspaper Tagesspiegel. More of the purchasing premiums for e-cars had been claimed in the first half of 2021 than in the whole of 2020, totalling 1.25 billion euros, he said. "The subsidies for electric cars will reach a record this year," Altmaier said.

Registrations of pure electric cars increased more than 300 percent in June 2021 compared to the same month last year. An additional 33,420 new e-cars meant they reached a 12.2 percent share of registrations, according to the Federal Motor Transport Authority KBA. Registrations of plug-in hybrid cars nearly trebled to 31,314, putting their share at 11.4 percent. There are now over 930,000 pure electric and plug-in hybrid cars on Germany’s roads, the KBA’s last quarterly figures plus recent registrations show. 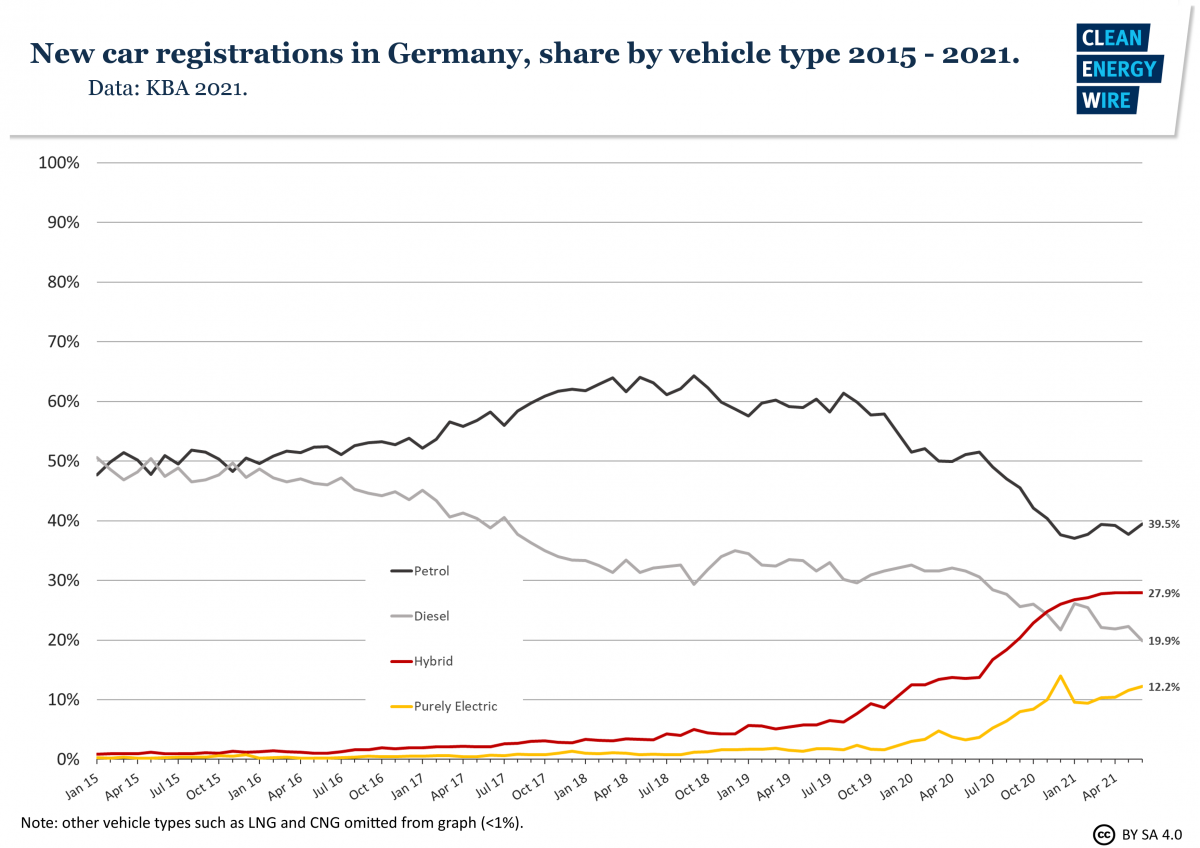 A survey suggested the take-up of electric cars could accelerate further. "Currently, 66 percent, and thus two out of three drivers' license holders in Germany, would consider buying a purely electric car," said Filip Thon, CEO of utitlity E.ON's German branch, which commissioned the poll. The survey showed a two-percentage-point increase in the rate of approval for e-cars compared to the previous survey in autumn 2020.

With an approval rating of 74 percent, men are more open to electromobility than women (59 percent). At 78 percent, families with children are much more likely to consider buying an electric car than the average driver, according to the survey. Owners of solar photovoltaic systems are likewise much more open to e-cars, with 82 percent saying they would consider going electric. Sustainability, environmental awareness and climate protection would be the main reasons for buying an e-car for 70 percent of respondents, up from 62 percent last year, while 57 percent listed purchase premiums and tax advantages as important reasons, compared to 55 percent in autumn. More respondents also consider e-cars to be the technology of the future (58 percent) compared to the previous survey (51 percent).

Currently, there are around 48 million cars on Germany’s roads. The take-up of electric vehicles has been slow in Germany in comparison to many other markets. But thanks to government incentives, registrations have picked up sharply since last year. Germany has been struggling to lower emissions in the transport sector, which have remained broadly stable for decades as gains from more efficient engines have been eaten up by heavier cars.

Uptake of e-cars on the rise, more people concerned about environmental impact

Volkswagen brand to phase out combustion engines in Europe by 2035