Energy consumption in Germany is expected to decline 2.7 percent this year as savings triggered by high prices and relatively warm weather more than compensated for a growing economy and a population increase, energy data service AGEB said. However, energy-related CO2 emissions are set to increase by more than one percent as the country has increased the use of emission-intensive coal power in response to the war in Ukraine and phases out nuclear power, according to AGEB estimates. Based on preliminary data for the first nine months of the year, AGEB expects total energy consumption in 2022 to be 12,040 petajoules (PJ).

While the consumption of renewable energies rose by four percent in the first nine months of the year, nuclear power declined by almost half due to the decommissioning of several reactors, and natural gas consumption fell 12 percent, according to AGEB. However, use of hard coal was up 12 percent and lignite rose 8 percent, increasing emissions by around 2 percent during that period. “On the one hand, the competitiveness of hard coal-fired power generation improved compared to gas-fired power plants, and on the other hand, electricity from hard coal also replaced generation from hydropower and nuclear energy,” AGEB said, adding that lignite also compensated for the decline in other energy sources. Germany aims to become climate neutral by 2045.

The country’s gross domestic product (GDP) rose almost two percent in the period from January to September, and its population increased by about 900,000 people, or 1.1 percent – two factors that pushed up energy consumption. “The drastic increase in energy prices, on the other hand, led to both short-term, behaviour-related savings and medium- to long-term investments in energy efficiency. The milder weather compared to the previous year and the long-term average also had a consumption-reducing effect,” AGEB said. 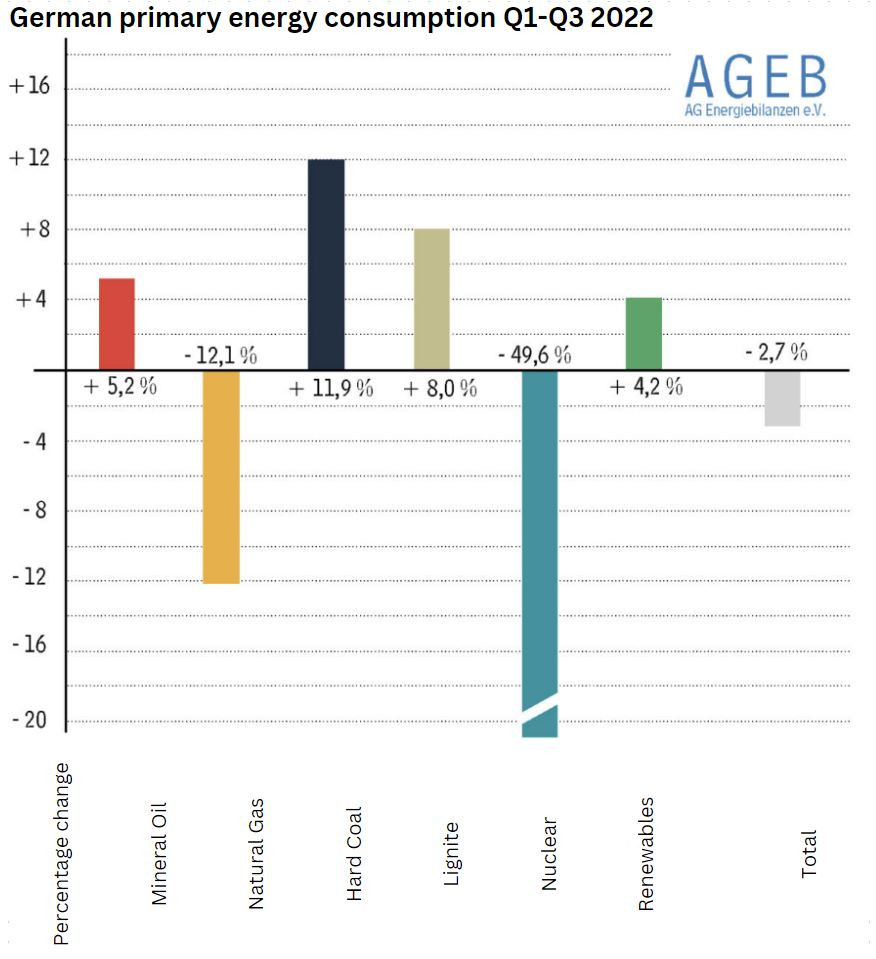