Germany should base its climate policy on a CO2 budget in line with the Paris Climate Agreement, which would require fast-tracking efforts to reach climate neutrality, government advisors said. "In order to slow down climate change, it is essential to limit the total amount of CO2 still emitted," the German Advisory Council on the Environment (SRU) said in a press release accompanying its new 550 page environmental report. "A sufficient, fair and appropriate German CO2 budget amounts to a maximum of 6.7 billion tonnes of CO2 as of 2020. With linear reductions, Germany needs to be CO2-neutral by 2038 already, not 2050," said Wolfgang Lucht, a member of the expert panel comprising seven university professors from a range of disciplines, with reference to IPCC calculations for limiting warming to 1.75°C with 67 percent probability of reaching that target.

Climate experts have said repeatedly that Germany must update its climate targets to reflect its CO2 budget. Stefan Rahmstorf, head of the department for earth system analysis at the Potsdam Institute for Climate Research (PIK), said last year the government is dodging "climate action's most important figure" by ignoring the budget approach, but the environment minister Svenja Schulze has refused to present a budget calculation for the country. "Mathematically, the approach is convincing," a spokesperson told daily taz, adding "Politics is more than mathematics."

With the climate action law taking effect in December 2019, Germany now aims to reduce emissions by about 57 percent by 2030 and wants to become climate neutral by 2050. But the SRU says Germany's current sectoral budgets, aimed at making progress more measureable, are "not derived in a scientifically verifiable manner from the Paris Climate Agreement" and therefore needed to be supplemented with a national budget.

The SRU criticized German climate policy is deficient in three respects. "Firstly, there is a lack of transparency with respect to the overall budget for greenhouse gas emissions underlying German climate policy. Second, there is a deficit of ambition, i.e. the national targets do not yet represent an adequate contribution to global climate protection. Thirdly, there is an implementation deficit, as there have been repeated failures to achieve the climate targets," an English summary of the report said. In reaction to the report, Georg Nüßlein, deputy head of Chancellor Angela Merkel's conservative CDU/CSU parliamentary group warned "the path to greenhouse gas neutrality must not be lost in the small print of climate budgets," adding that a larger role for markets and competition was needed instead. "The next step in this direction is the most comprehensive European Emissions Trading System possible."

The SRU also said the economic reboot following the corona pandemic should be used to set the course for an ecological transformation: "The enormous financial resources that will be used to stimulate an economic revival must be consistently aligned on the goals of climate neutrality and environmental protection."  The German government should seek to ensure that the economic stimulus packages brought in by the EU are also designed to help implement the European Green Deal, said council chair Claudia Hornberg. 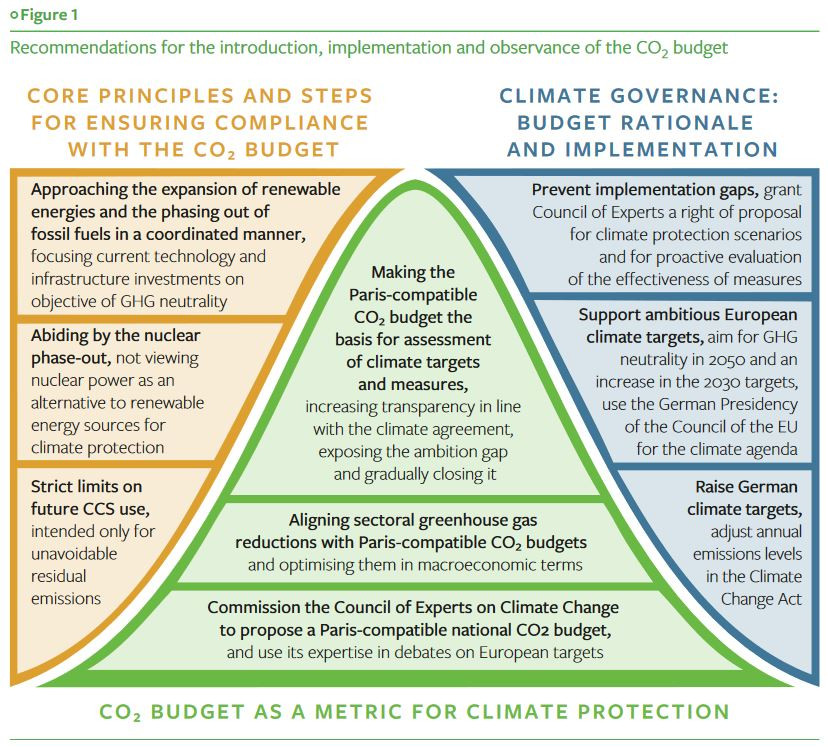