By 2050, an electricity supply based on renewable energies could be either approximately as expensive as or even cheaper than a fossil-based electricity system, if the cost of a tonne of CO₂ is 50 euros or more, according to a scenario comparison by the Institute of Applied Ecology (Öko-Institut), commissioned by think tank Agora Energiewende.* The analysis showed that the cost comparison depended mainly on future fuel and CO₂ prices, which were difficult to foretell, according to Patrick Graichen, director of Agora Energiewende. Yet, the analysis made clear: “Not to carry out an energy transition does not mean one doesn’t have energy costs – but different ones. And those could be higher than originally expected,” said Graichen in the foreword. A renewable energy power system would have the added value of “shielding the national economy as a whole from increasingly volatile price developments for fossil fuels,” says the analysis. Climate protection targets cannot be reached with any of the fossil-based scenarios. 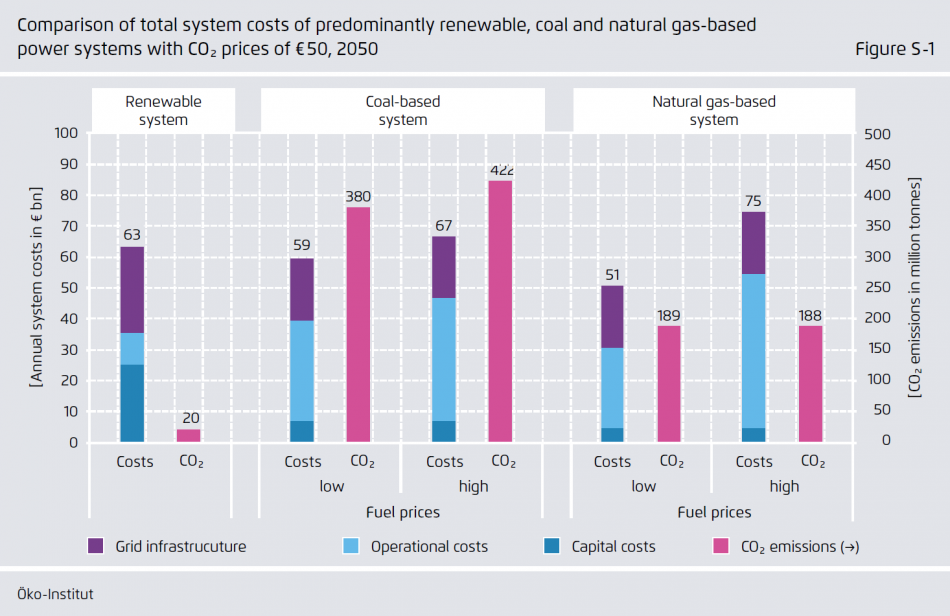 Find the study in German with an English summary here.