Exemptions from taxes and levies on energy use for large German companies amounted to 17 billion euros in 2016, according to estimates in an analysis by NGO Green Budget Germany (FÖS). “About 11.5 billion euros were financed directly by other power consumers (for example private households and businesses) via their electricity costs” and the rest comes at the expense of the federal budget, writes FÖS. Exemptions from the renewables levy made up the largest part with 6.5 billion euros, followed by an estimated 3.9 billion euros for concession fees that municipalities waive for energy suppliers that use the public infrastructure. In total, there are 13 regulations for exemptions, according to the analysis. 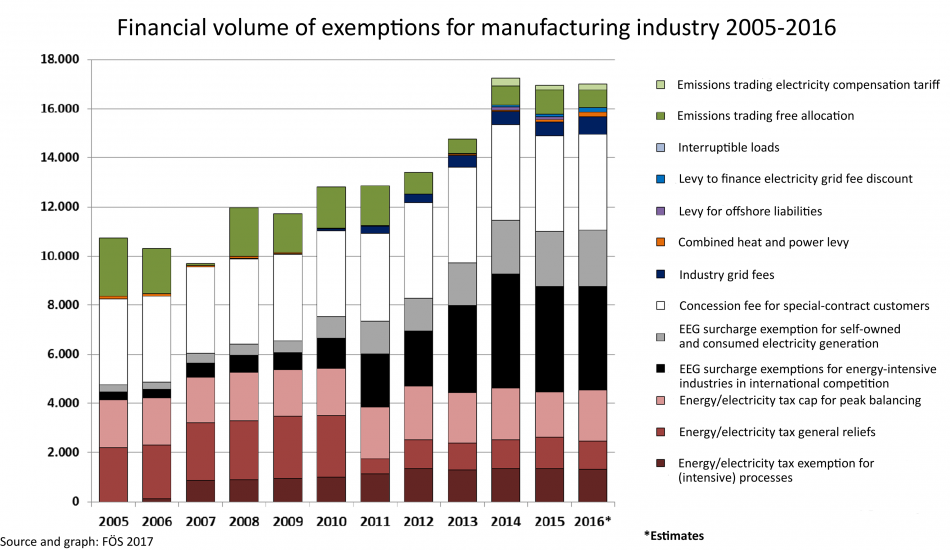 Find the analysis in German here.