“Voters clearly reject coalition of the left in Saarland”

Voters in the German federal state of Saarland have clearly rejected a coalition of Social Democrats (SPD) and Left Party (Linke) by giving the governing conservatives of the Christian Democrats (CDU) a clear mandate to continue their grand coalition with the SPD, Monika Kühborth writes in Saarbrücker Zeitung. With 40.7 percent of the votes, the CDU’s Annegret Kramp-Karrenbauer gained considerably compared to the last election in 2012, while both the SPD’s (29.6 percent) and the Left Party’s (12.9 percent) result was below that of the last vote, she writes. The SPD in the Saarland could not capitalise on the so-called “Schulz-effect” named after the party’s new leader Martin Schulz, whose nomination has made the party soar in federal polls, Kühborth says. The elections in Saarland were a “debacle” for the Greens, who did not achieve the 5 percent threshold to enter parliament, she adds.

For background on the Saarland’s potential as a bellwether for federal elections, see the CLEW article Saarland election first test on road to next Energiewende government. 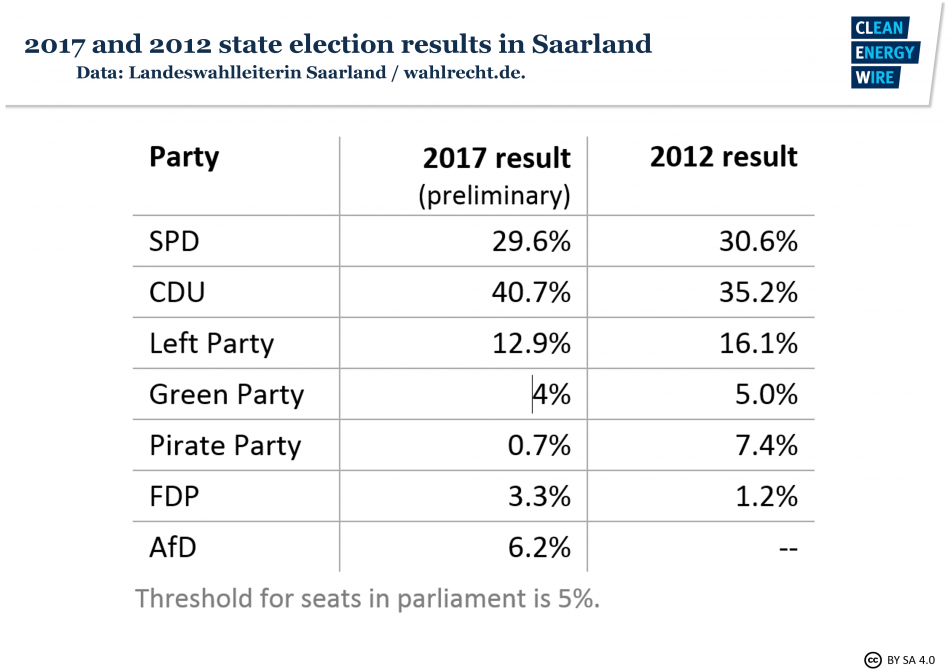