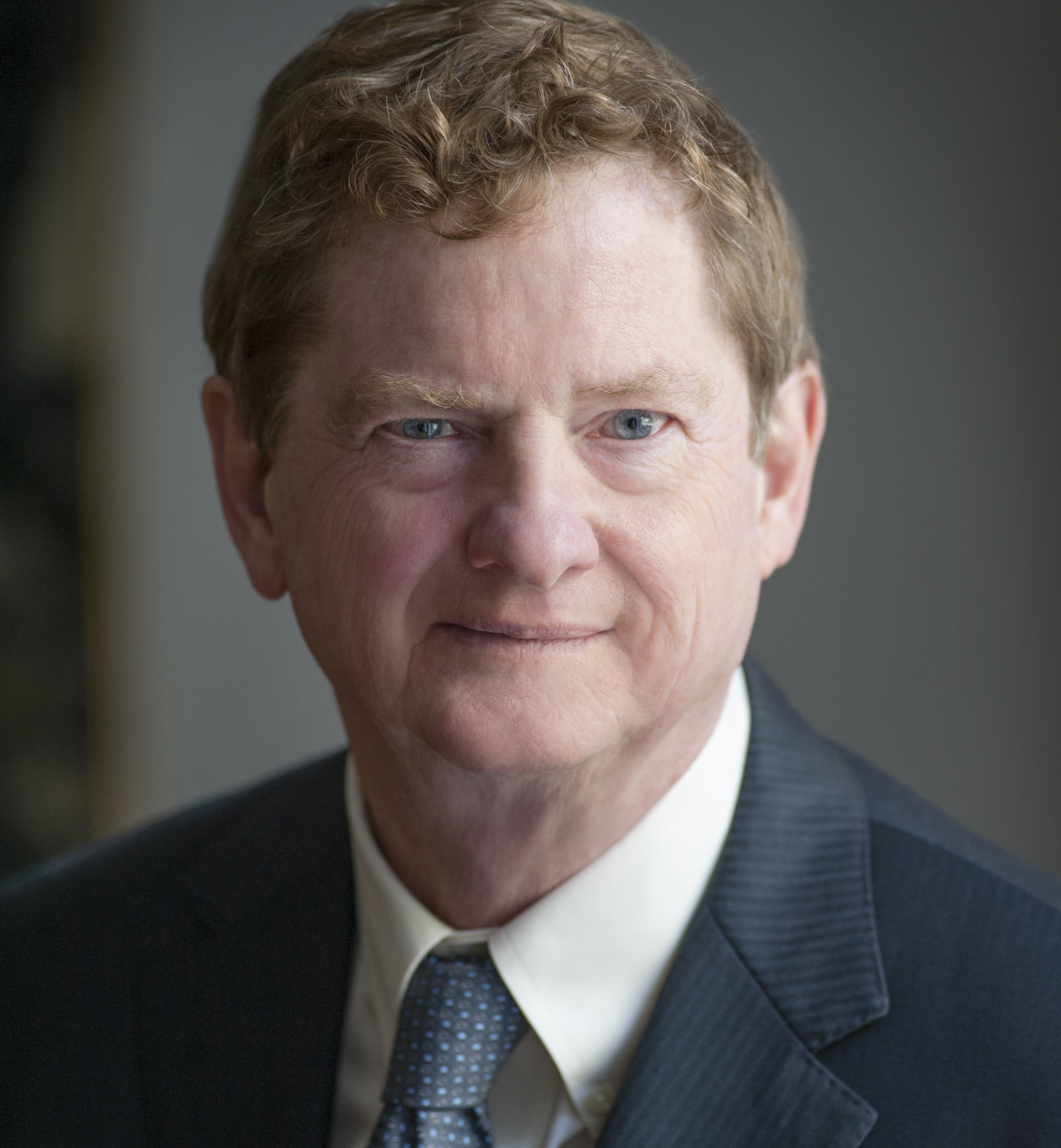 John J. Kirton, co-director and founder of the G20 Research Group. Source - Kirton 2017.
German Chancellor Angela Merkel can still hope to achieve substantial progress in climate protection as she enters difficult talks with the leaders of the world’s largest economies at this week’s G20 summit in Hamburg, John J. Kirton tells the Clean Energy Wire in an interview. Kirton is co-director and founder of the G20 Research Group, a global network of scholars, students, and professionals following the work of the G20 leaders. The Research Group is directed from Trinity College and the Munk School of Global Affairs at the University of Toronto.

Clean Energy Wire: After the NATO and G7 summits, Chancellor Merkel showed her frustration with the negotiations and said that Europe must take its fate into its own hands. Is US President Donald Trump single-handedly changing the way international politics, diplomacy, or the G20 process in particular work?

John Kirton: He certainly is the most unpredictable, inexperienced, and hence unreliable US president we’ve seen since the end of the Second World War. That makes the Hamburg summit a greater challenge of a new sort than any other G20 summit before. All of the G20 partners that come to Hamburg have the same problem with Trump: you really just don’t know what his position will be on many issues when he arrives, or indeed starts talking. One must look beyond the endless array of unpredictable tweets to identify the key consistency in his position flowing from his genuinely held personal beliefs, as well as the campaign promises that put him in the White House.

One of these, quite fundamental, is a deep belief that the multilateral trade system is unfair for the United States, and particularly for the American workers who are a core part of his political base. So, multilateral trade, in which Germany and many other countries have long believed, is a genuine point of disagreement. He’s long had doubts about the science behind climate change, which is another neuralgic issue dividing Merkel and Trump that also sets other participants in the G20 on a collision course.

But there are many other areas of consensus on both sides of the Atlantic: are they united in the fight against terrorism in Europe, the United States, Syria, and elsewhere? Are they united on women’s economic empowerment as a source of strong, sustainable, inclusive growth? Are they largely united on the need to invest in infrastructure at home, and to some degree in Africa too? So the great challenge for Chancellor Merkel when they sit down for sessions in Hamburg is to find a way to steer the discussion from the start toward all the things that she and President Trump agree on.

CLEW: The German G20 presidency has made climate one of the group’s priorities. Now, after the US decision to pull out of the Paris Agreement, what can Germany hope to achieve at the summit?

JK: A great deal, if Merkel plays her cards right. Let’s face it: Paris is a side show. Even if the Paris Agreement were implemented 100 percent by all the parties to it, including the federal government of the United States, it was designed to fail. We wouldn’t hit the 2 degrees Celsius reduction target it set, let alone 1.5 degrees. We would all fry and die from climate change. What the Hamburg summit needs to do, and what the Trump administration has not been doing at home, even before it pulled out of Paris, is to take concrete measures, including regulatory ones, to really combat and control climate change.

So if Merkel can focus at the Hamburg summit on agreeing a specific array of climate controlling measures, even by another name, then much can be achieved. Measures in the fields of energy efficiency, advancing clean technology, building clean infrastructure, even specific moves against poisonous carbon pollutants – methane from natural gas, for example – or stronger regulations on the emissions of heavy trucks. It’s California rather than Washington and the United States that will tip the balance here.

And if the Hamburg summit could note the existence, and possible utility, of carbon pricing schemes – these would be several useful steps forward. The major one would be agreeing to finally do what the G20 leaders have all promised to do many years ago: end fossil fuel subsidies. And add – something they have not yet been able to do – the need to kill killer coal. Identifying coal as a deadly carbon pollutant is, of course, too much to ask Mr Trump at the summit, but ways can be found to move ahead on several other fronts.

CLEW: And what does this mean for the final communiqué? Will the US again be left as a ‘footnote’ in climate talks, as it happened at the G7 environment ministers’ meeting? Will there be a 19-1 solution? Is climate going to be dropped completely?

JK: I’m optimistic that there will be a meaningful all-twenty communiqué on measures that actually control climate change, as there was at the G7 summit in Taormina, Italy, with Donald Trump in full agreement there. The climate passages of that communiqué began with energy efficiency, and all agreed on those. It was only when they went on to talk about Paris that we saw the American dissent. We’ve seen back in North America that the United States fully agreed with the communiqué issued by the Arctic Council that did speak of climate change – how it was a danger to the Arctic security. So the Trump administration is quite capable of noting the existence of climate change and that it’s a national security threat, broadly defined, to the United States.

The 20 can agree on energy efficiency, clean technology, clean infrastructure, but some leaders, particularly those close to Paris – Emmanuel Macron and Merkel herself – will probably need to say something about the Paris Agreement itself. That could be in a chair’s statement, or a unilateral statement, perhaps with many other G20 leaders joining in on an ad hoc basis. After all, Merkel faces a general election in autumn and she knows that only 11 percent of German voters trust Donald Trump to make the right choices in world affairs. So she does have to respond to the views of the other 90 percent.

CLEW: Is it likely that they will find a solution independent of the Paris Agreement? Lately the public comments by Merkel have shown a clear commitment to the accord and its implementation. Could this be dealt with in a separate statement by the summit’s chair?

JK: That’s one formula, but if you go back and look at the G7 and G20 summits of the past, you recurrently find the phrase ‘those of us who agree on the value of nuclear power wish to do more of that’. That left Germany out, because it didn’t agree, but it was a collective statement by the whole group. It’s possible to imagine a passage in the communiqué that says that ‘those of us who are committed to the Paris Agreement agree on the need to fully implement all its provisions’.

The Hamburg summit could do for Donald Trump what several other G7 and G20 summits have done for Angela Merkel and Germany before. You don’t even need to descend to a footnote at the bottom of the communiqué, although that is possible, too. And even Canada had a little footnote of dissent inserted in the great G8 communiqué adopted at the Gleneagles summit in 2005. So, many a formula to solve the problem on paper, but the big question is whether Donald Trump will be in the mood to compromise from the moment the Hamburg summit starts. Angela Merkel is certainly both able and willing to find a common solution, and to give him as many off-ramps as he needs, but it’s really up to him and the mood he’ll be in the moment the summit starts.

CLEW: Where do you see the future role of Germany in international climate policy in a broader sense, not only within the G20? Has the new US administration’s position opened up new opportunities for Germany to step up and fill the gaps possibly left open by the US?

JK: Yes, Germany must become a global leader on climate change control, and that requires doing two things. The first is to take all of those leaders from the G20 and beyond to say ‘we’re still deeply committed to Paris’, and have them put their real measures and their money where their mouth is. Not just promise to implement it, but to improve their commitments right here, right now, to compensate for what Donald Trump is not doing anymore. But even if he were fully aboard, additional measures are required to solve the real problems in the real world.

The second thing she has to do is engage with the US, the executive branch, and the White House to bring President Trump and those around him to their senses, before real climate change – extreme weather events, rising sea levels, heat waves, and droughts in the United States – will bring a considerable part of the American economy and the American national security infrastructure to their knees. The United States can’t withstand many more Hurricane Katrinas, or super storm Sandies, and still continue to generate adequate economic growth. So it’s too soon to give up on the executive branch of the United States, because we simply can’t solve the real climate change problems until we bring them back and get them fully on board as fast as we can.

CLEW: What about “new alliances”, for example between Germany and China or India? Are they new and could they fill the gap left open by the new US administration’s policy?

JK: Potentially. They are, of course, ad hoc coalitions rather than fixed alliances. And these are routine occurrences in global climate politics and global politics as a whole. Variable architectures in which ad hoc coalitions of the willing – as George Bush’s United States knew too well – get together and go off and do major things for good or ill. So, as a stopgap measure, yes, we need those groups not only to come together for a nice communiqué and a nice photo op, but to agree on really important, concrete things to do.

The European Union, for example, simply has to get Poland to stop using coal; and Merkel herself needs to stop using coal to generate electricity in Germany as soon as possible. If the British can do it - and they have promised to do so very soon - and the Canadians before them, then Germany can, too. So she can come to the table with genuinely clean hands. She has launched an admirable major initiative, a partnership with Africa. She needs to mobilise many billions of dollars to be invested in Africa in clean, green, carbon-controlling infrastructure. She needs to bring energy access to Africa, not based on dirty coal-fired plants, but on renewables. And it is still within her power at the G20 in Hamburg, under Germany’s Compact with Africa, to get that done. And even Donald Trump’s United States could well see why it should invest money in bringing energy access to Africa of a sustainable sort.