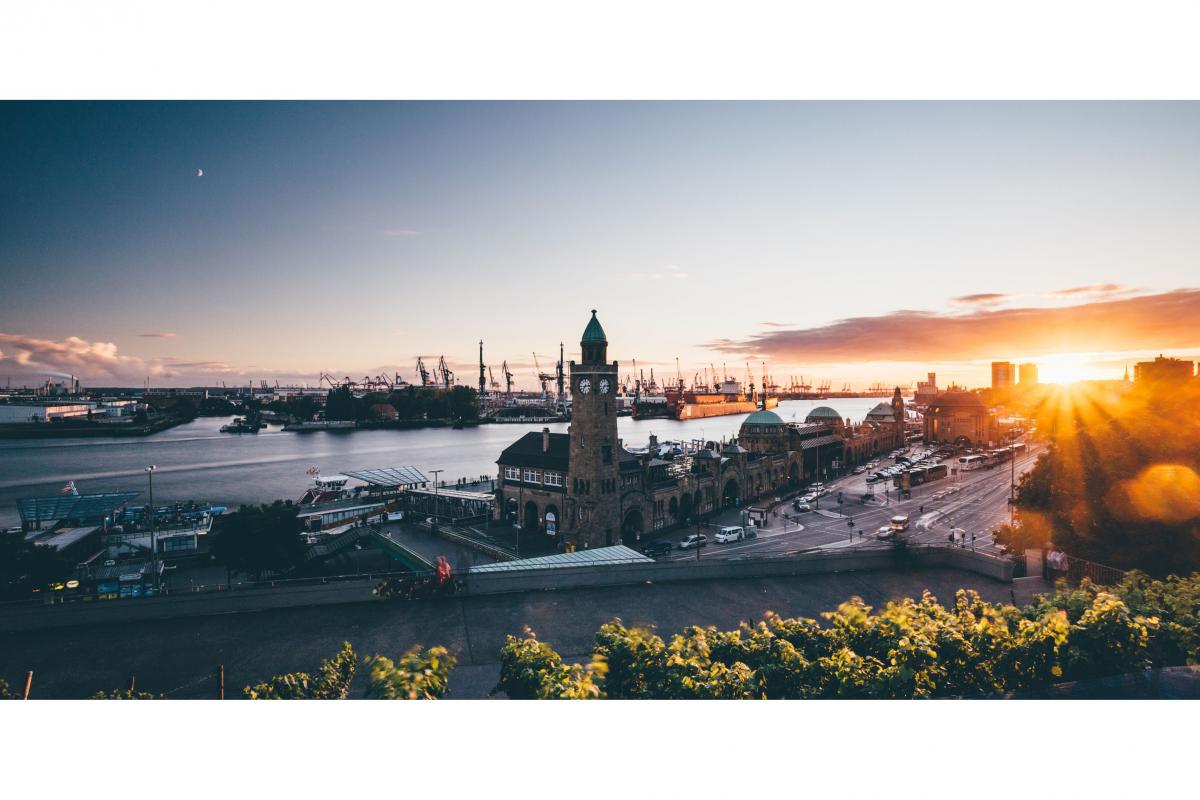 The G20 summit is held in the northern port town Hamburg. Source - Federal German Government / Sascha Neuroth.
One week ahead of the Hamburg G20 summit, the ambitious climate and energy action plan the German presidency was pushing hangs in the balance. German Chancellor Angela Merkel has said she is determined to make the meeting a success on climate – despite US President Donald Trump’s decision to leave the Paris climate agreement. G20 experts see a number of ways to save a joint statement but wonder if Trump as well as other countries less keen on ambitious climate policies would play along.

Angela Merkel has vowed to show her commitment to the Paris Agreement on climate change in next week’s talks with heads of state and government from the world’s 20 largest industrialised and emerging economies. “The dissent is obvious, and it would be insincere of us to whitewash it. I will not do that,” she told lawmakers in a speech in the Bundestag one week before the summit start.

She would lead talks “in a way that they serve the content and goal of the Paris Agreement”, Merkel has said. This puts her on a collision course with US President Donald Trump, who has said  the climate accords are “unfair” to the US and put it at a disadvantage.

Germany holds the G20 presidency this year and has made climate one of the priorities for the July 7-8 summit in the northern port city of Hamburg. Free trade will likely dominate the talks, with the fight against terrorism, financial market policy and migration filling the list of contentious issues.

When it took over the role from China in December, the German government set out to achieve a joint climate and energy action plan. The plan would show commitment to implementing the 2015 Paris deal, which aims to cut carbon emissions and stem global warming.

But the process stalled as the US began to waver. The final version of the plan from the relevant working group in May – before Trump made his decision – has been far less ambitious than the original German proposal, and contained a footnote saying that the United States had not a position on climate and the plan yet. The German newspaper taz called it an “action plan without action”. Officials and observers stressed that it was now down to the leaders – and therefore the Chancellor – to find a way to save a joint statement.

State Secretary in the environment ministry Jochen Flasbarth told Clean Energy Wire that the German government is working hard to achieve a unanimous agreement for the final communiqué, “This is not so easy, because of the United States’ position – we saw that at the G7. But it’s still our goal to get an ambitious text, an ambitious agreement accepted by all parties,” he said.

“If we don’t succeed with that, our aim is to keep the family as tight as possible. This means that the Americans could possibly issue a reservation clause, and we would try to close the ranks with the other partners,” said Flasbarth.

At a recent preparatory meeting in Berlin, European Union leaders joined Merkel in the effort to achieve unity. “It’s not leading us anywhere if we isolate a country,” French President Emmanuel Macron said at a joint press conference.

But the US is not the only country negotiators are focused on, Christoph Bals, Policy Director of environmental NGO Germanwatch, told Clean Energy Wire. Saudi Arabia is another. “On the one hand it is massively dependent on fossil energies,” Bals said. “At the same time, after the Qatar crisis and the tensions that have built up there, Saudi Arabia is extremely dependent on the support of the United States.” It’s also hard to predict how Russia and Turkey will act, he said.

However, Germany deepens climate protection alliances with countries such as China and India. Both countries’ leaders have said they are committed to the Paris Agreement.

Communiqué: “Many a formula to solve the problem on paper”

The G20 is an informal group that decides consensually. “There will be no communiqué unless everybody approves,” Chancellor Merkel and government representatives have highlighted.

Some media poked fun at the US, saying it had been relegated to the status of “footnote,” but such outsider positions in G7(8) or G20 statements are not new, John Kirton of the Toronto-based G20 Research Group told the Clean Energy Wire. “You recurrently find the phrase ‘those of us who agree in the value of nuclear power, wish to do more of that,’” Kirton said. This, for example, exempted Germany, but it was a collective statement by the whole group. “The Hamburg summit could do for Donald Trump what several other G7 and G20 summits have done for Angela Merkel and Germany before,” Kirton said.

There is “many a formula to solve the problem on paper,” but the question remains whether Trump will compromise, Kirton said. He was “the most unpredictable, inexperienced and hence unreliable US president we’ve seen since the end of the Second World War,” Kirton said. “Angela Merkel certainly is both able and willing to find a common solution and give him as many off-ramps as he needs, but it’s really up to him and the mood he’ll be in.”

According to German daily tageszeitung (taz), the latest known version, also seen by Clean Energy Wire, is “no breakthrough” on climate topics, but achieves a minimal consensus: G20 countries would commit to the Paris Agreement, to energy efficiency, and to supporting renewable energies.

Observers close to the G20 process say the US delegation has not stood in the way of creating the plan, and Germanwatch’s Bals said that only a few contentious points remained, which should be smoothed over in the last meeting of the top government officials – the so called Sherpas -- just before the summit. “If then there are still some points, they need to be discussed by the heads of state and government,” said Bals.

While Trump's decision did not spark a domino effect and other countries remain committed to the Paris Agreement, it did raise international scrutiny of Germany's own climate record, German state secretary for energy, Rainer Baake, said at an event in Berlin. Germany’s power generation also still depends in large part on climate-harmful coal, endangering the country’s climate goals. "We will have to deliver" on Germany's own targets, Baake said.

As president of the G20 forum, Merkel chose to host the summit in Hamburg, her place of birth. Hamburg is not only known as open-minded, with trade relations around the world, but also as capable of meeting logistical and security requirements for the event, she said.

However, the city also has a history of clashes between a radical left-wing scene and the police, raising concerns that protests might turn violent. More than 10,000 participants will attend, including more than 4,800 journalists from 65 countries. A number of protests are planned in the days around the meeting, such as the “G20 wave of protest” on Sunday, 2 July, against “the neoliberal policy of the G20.” On 5 and 6 July, the Global Solidarity Summit sees itself as the alternative G20 summit.  Argentina takes over the G20 presidency on 1 December 2017.