G20 & G7
The leaders of the world's largest economies have met at the G20 summit in Germany's main port city Hamburg. The current US administration's decision to pull out of the Paris Climate Agreement has not been copied by fellow governments, signalling a success for German Chancellor Angela Merkel's ambitions to promote international climate protection. The Clean Energy Wire followed the country of the Energiewende's government in its attempt to push for a G20 climate focus, supplying background material, interviews and live coverage of key events in the run up to the Hamburg summit. [Update adds "B-" article]
More facts & background
Find an interviewee

The latest on G20 developments

The Clean Energy Wire has been following the news on all energy and climate related developments of the G20 process. Find in chronological order a list of all News Digest entries with the #G20 tag here and follow CLEW's live coverage on Twitter @cleanenergywire. 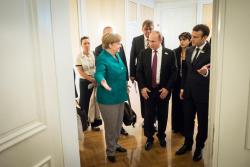 The German presidency and chancellor Angela Merkel pulled off a “solid” diplomatic success on climate policy by closing the ranks of all G20 members except the United States at the summit in Hamburg, experts for climate diplomacy said. Managing two days of difficult negotiations with leaders from the world’s leading economies, Merkel proved her credentials as a pragmatic mediator in international disputes. But whether Germany can now lead credibly on climate in the long-term depends now also on its own efforts to tackle stubbornly high emissions at home, the analysts said. 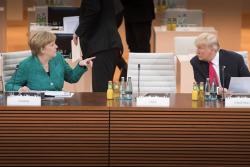 The G20 summit in Hamburg fell short of producing a common stance on climate protection but clearly avoided a further erosion of international climate protection, leaving the US President alone. Read the article here.

Views on the G20 summit results on climate and energy

The G20 group of the leading industrialised and emerging economies has agreed on a statement that shows the commitment of 19 of them to implement the Paris agreement on climate protection, including a first-ever plan for action on climate and energy, while taking note of the United States decision to leave the Paris Agreement. Here are first reactions to the result of the summit. 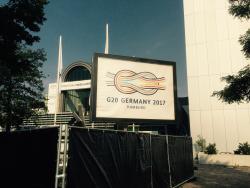 During the two-day G20 summit, the Clean Energy compiled a special news digest on developments in Hamburg.

The pressure on Germany to take global leadership on climate action has been constantly mounting since US President Donald Trump decided to take the United States out of the Paris climate agreement. Ahead of the G20 summit in Hamburg the chorus of environmental groups, NGOs, business leaders and politicians calling on Chancellor Angela Merkel to rise up to the challenge has been growing ever louder. Yet foreign policy experts say the largest country of the European Union faces a balancing act when driving climate policy, which has developed into an important area of foreign policy. 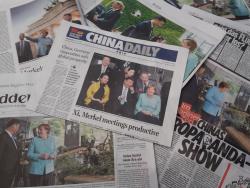 A shared interest in curbing climate change and promoting the use of renewable energies tie China and Germany together ahead of the G20 summit. Read and article on the Sino-German tandem here. 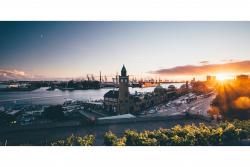 One week ahead of the Hamburg G20 summit, the ambitious climate and energy action plan the German presidency was pushing hangs in the balance. German Chancellor Angela Merkel has said she is determined to make the meeting a success on climate – despite US President Donald Trump’s decision to leave the Paris climate agreement. G20 experts see a number of ways to save a joint statement but wonder if Trump as well as other countries less keen on ambitious climate policies would play along. Read the full story here.

“G20 needs to show concrete steps to implement Paris accord” 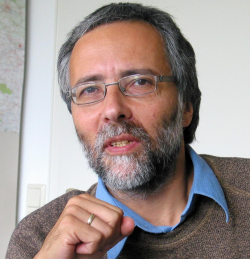 Angela Merkel's long-standing engagement for emissions cuts has brought Germany's leader the nickname "The Climate Chancellor". (Many had hoped that she could convince US President Donald Trump to stay in the Paris Climate Agreement.) This factsheet provides a timeline how she developed this reputation. 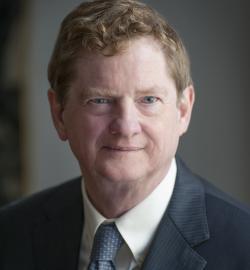 German Chancellor Angela Merkel can still hope to achieve substantial progress in climate protection as she enters difficult talks with the leaders of the world’s largest economies at this week’s G20 summit in Hamburg, John J. Kirton, co-director and founder of the G20 Research Group, tells the Clean Energy Wire in an interview. 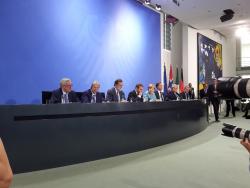 European Union leaders have underscored their commitment to work towards a joint solution on climate issues at the G20 summit in Hamburg. German Chancellor Angela Merkel said it would not be easy regarding questions such as climate protections. Read the full story here. 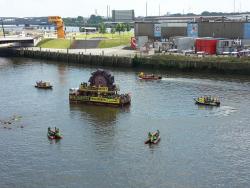 Setting the scene for the G20 summit, more than 300 civil society organisations from all over the world came to the northern city of Hamburg to hand over the Civil20's (C20) list of demands for the world’s 20 largest economies to German Chancellor Angela Merkel. Read the CLEW article on the C20 summit here.

German reactions to US decision to withdraw from Paris Agreement 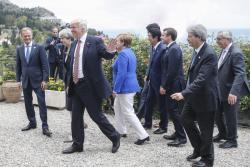 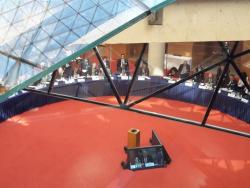 "Merkel's experience and credibility make her key in swaying Trump" 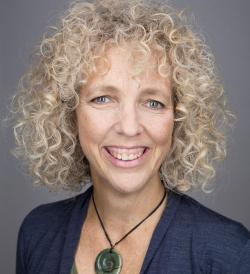 Merkel vows to convince climate sceptic “elephant in the room” 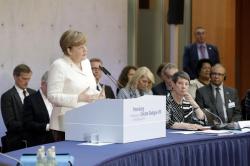 German "Climate Chancellor" Angela Merkel promised to try and convince “doubters” of the urgent need to mitigate climate change at the 8th Petersberg Climate Conference in Berlin. Find out more about her stance in this CLEW article.

Germany, China urge US to remain in climate agreement 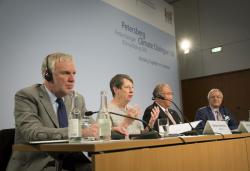 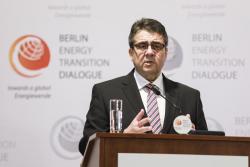 Germany tried to inject fresh momentum and ideas into the G20 process in the run up to the Hamburg summit in July. Find out more about the Berlin Energy Transition Dialogue – a two-day conference on the future of a "global Energiewende" – and its impact on the G20 summit in this article. 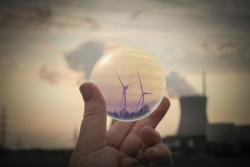 Look back at CLEW's 2017 preview on the Energiewende country heading into a year filled with international top-events, elections and continuing domestic energy and climate policy storylines. 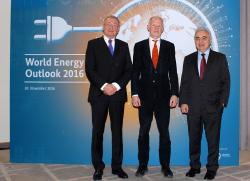 As Germany was set to take over the G20 presidency from China on 1 December, calls for Chancellor Angela Merkel's government to take on a leadership role in international climate protection grew louder. Find out which main topics were laid out at the very start of Germany's G20 presidency here.

During the two-day G20 summit, the Clean Energy compiled a special news digest on developments in Hamburg.