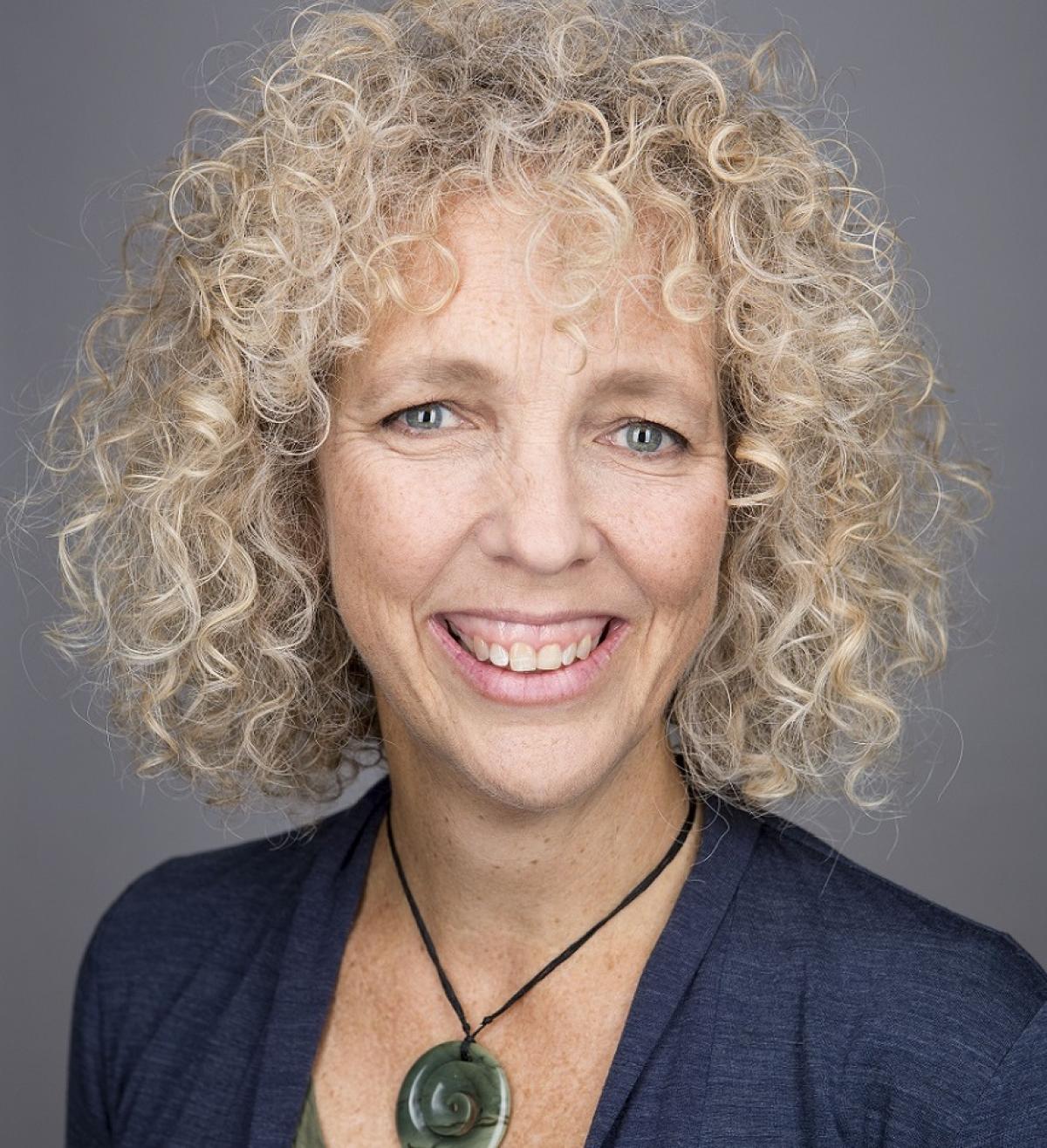 Jennifer Morgan, Executive Director of Greenpeace International. Photo: © Bas Beentjes / Greenpeace
Days before the G7 summit in Italy, foreign governments praised German Chancellor Merkel for her international leadership on climate and urged her to sway US President Donald Trump to keep the United States in the Paris Agreement. "Climate-Chancellor" Merkel’s experience, history and credibility on the issue positioned her as a key player to keep the US at the table, Jennifer Morgan, International Executive Director at Greenpeace and former Global Director of the climate program at the World Resource Institute, told Clean Energy Wire.

Q: What’s your impression of Chancellor Merkel’s speech at the Petersberg Climate Dialogue?

Jennifer Morgan: I think it was a strong signal not only to the US, but everyone, saying that we need to move ahead, we need all sectors in society to do this, that the G20 is a key forum that needs to lead by example and that this is the way forward.

Q: What can be done to persuade the US administration not to leave the Paris Agreement?

JM: I think a lot has been done already. Look, you have basically the vast majority of corporate America, investors, mayors, governors, military leaders, all giving one clear consistent message to the United States, which is that it’s in its interest, its national interest to stay in the Agreement. So I think we need just more of that: Clear messages from the [German] Chancellor and others that, number one, this is the way the world is moving, and so it’s not in their economic or their national security interest to go against that. And number two, that they’re very alone in not wanting to move forward. And I don’t think that’s a position that the US really wants in the long term.

Q: Does Chancellor Merkel have a special role in this?

JM: Oh absolutely. The Chancellor is on the one hand an incredibly well-respected global leader. She has a successful economy, she has years of experience in dealing with crises, she’s a very accomplished diplomat. There’s more to be done in Germany, absolutely, in reducing emissions and in building a clean energy economy, but Merkel has a lot of experience and history and credibility on the issue and that positions her as a key player. She’s a very important leader within the European Union and President Trump has said that he actually has a lot of respect for her and thinks they have the best chemistry.

Q: What happens if the US decides to withdraw from the Paris Agreement? What does that mean for international climate protection efforts and what do you think should happen in that case?

JM: You know, the real economy is going to move forward no matter what the Trump administration decides. But clearly it would be a statement of complete moral irresponsibility if the Trump administration were to pull out of this, because this is not an issue of niceties. This is an issue of life and death for people around the world. I think that one needs to state that very clearly.

As far as progress goes on, you know, in terms of what would happen and what the repercussions would be: The intent of China, the intent of Europe and when you look where the money and jobs are going: those are all going in one direction right now. We’re in the middle of a pretty disruptive moment in the energy system, with the renewables scale-up, the decline of coal globally, it’s even starting to shake some of the basics of the oil economy as well. So that I don’t see changing. The momentum is on the side of a zero-carbon economy that brings benefits to millions of people and our planet. And you won’t be able to stop that.

And Trump does not represent the United States on climate change. Having worked there for decades and by looking at what’s going on, you can see that there is such a deep commitment to the issue now and understanding the risks it poses to the United States and the opportunities of a low-carbon economy. That’s the key thing to keep your eye on now.

Q: On a global level, do you think that countries like China and Germany and India will be able to fill the gaps that might open in case of a US withdrawal?

JM: I think it’s clear, and the chancellor signalled that as well, that it’s a time for new coalitions. At a time when you have one big player fall back, you need to look at what other countries can come in. And clearly, China is looking for its leadership role right now, you have the Climate Vulnerable Forum that’s stepping up. Clearly there’s a role for Europe, I think they will fill things in.

I think it would send a very important signal if developed countries – as a signal of good faith towards vulnerable countries throughout the world – were to fill part of the financial gap that the United States may leave.