Norway has agreed to continue to export as much natural gas as it can to Germany in order to help reduce fossil fuel dependence on Russia, the two countries' leaders told journalists on 15 August in Norway’s capital Oslo. The northern European country’s gas extraction industry is already operating at full capacity, meaning Norway would have to tap into new gas fields and expand exploitation to do more. Norway would be delivering “the maximum of what we can” deliver, prime minister Jonas Gahr Store said during an official visit to the country by German chancellor Olaf Scholz. “But we cannot just politically decide to deliver more,” Store said, adding that “anything that can be turned into energy will be turned into energy.” Chancellor Scholz said Germany is “thankful” for Norway’s contribution and its readiness to expand exports “as much as possible.” Scholz said Germany and the Scandinavian country would further deepen their energy and climate cooperation across the board, including offshore wind power, solar energy, hydrogen and carbon capture and storage (CCS).

Norway’s share in German gas consumption has grown rapidly since the beginning of Russia’s war against Ukraine. The fossil fuel-rich country currently covers more than 30 percent of all gas flows to Germany, news agency AFP reports in an article carried by n-tv. Deliveries between January and April doubled to 15 billion cubic metres over the same period one year before, the highest export value to the EU ever recorded in the country. State-owned energy company Equinor is enjoying windfall profits from the surge in European gas imports. In the second quarter of this year, profits grew by nearly two billion euros to 6.6 billion euros.

Since the onset of Russia’s attack on Ukraine in late February, Germany has been scrambling to secure new sources for fossil fuel supplies, including not only gas, but also oil and coal from states around the world. Cooperation with Norway on energy security has been intensifying for several years, with Norway’s gas, oil and pumped hydro storage capacities at the centre of activities so far. However, crucial hydro power exports to Europe could come to a halt due to low water levels in Norway. 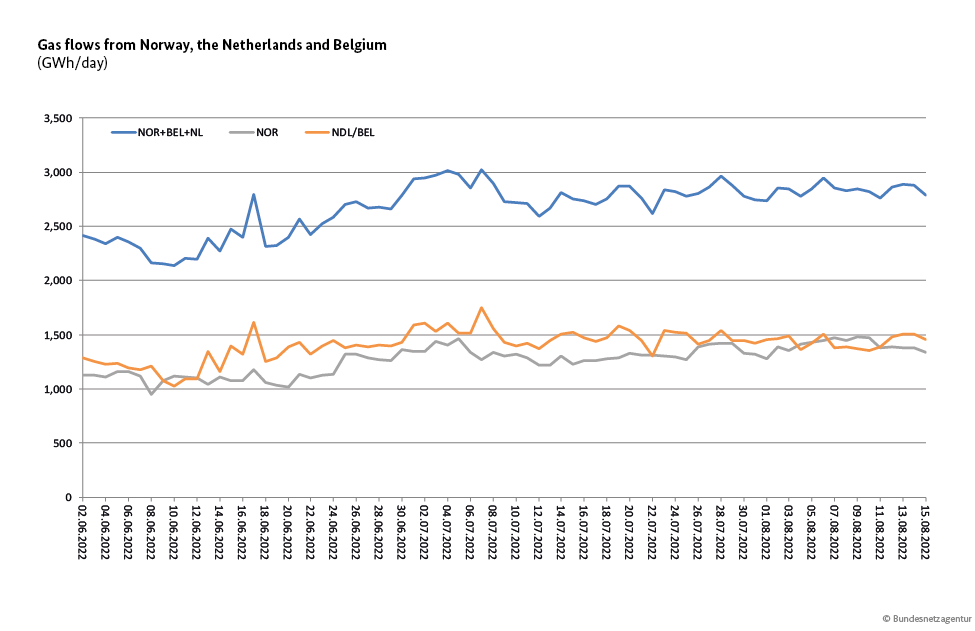