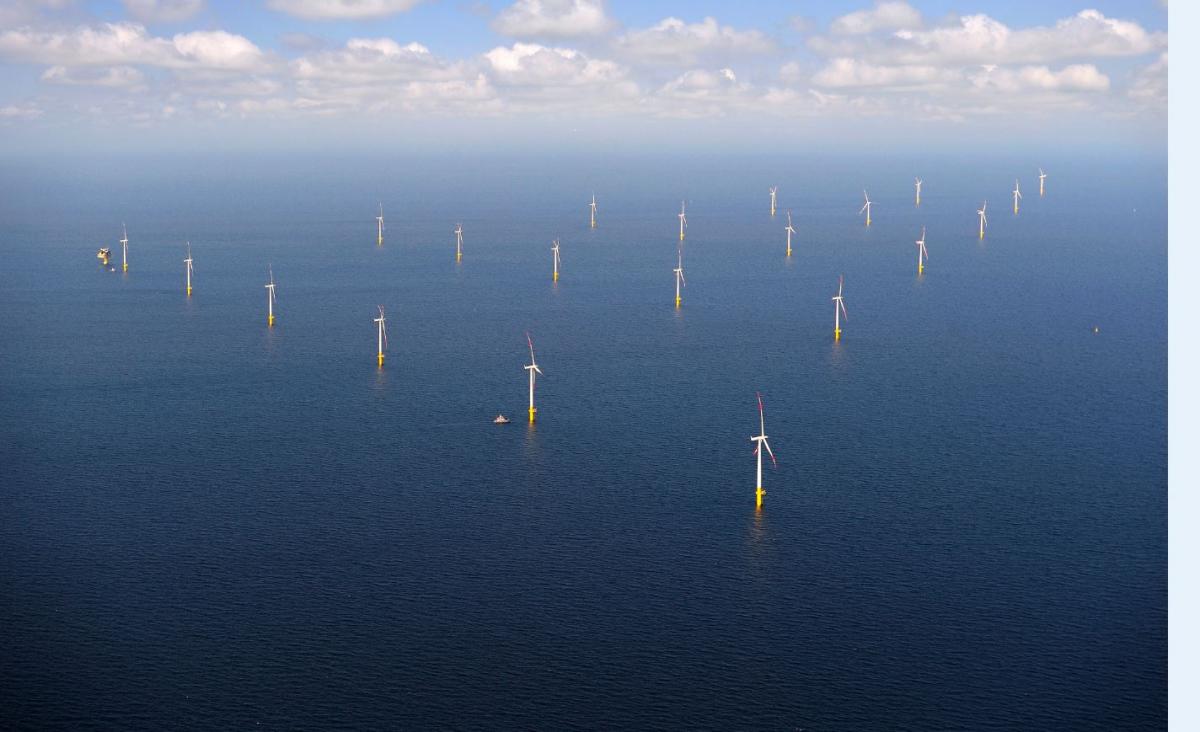 Photo: EnBW/Matthias Ibeler
Operators have offered to build offshore wind farms in the North Sea without relying on support payments, in Germany’s first competitive auction for the technology. Instead, the operators only will rely on the market rate for electricity to finance the projects. But this involves the risk that the parks will only be realised if wholesale power prices recover, according to energy think tank Agora Energiwende. [UPDATES with Dong Energy statement, wind association, background]

The result of the auction could signal a surprising turning point for the offshore wind industry. The future role of the technology in Germany's Energiewende was often questioned, because it has been relatively expensive compared to other renewable power sources, especially onshore wind and PV. Some industry experts still wondered whether the assumptions behind the companies' bids were realistic.

The auction's four successful bids had a combined volume of 1,490 megawatts, according to the Federal Grid Agency (BNetzA).

The lion's share of the capacity was offered at a support payment of 0.00 cents/kWh, thus reducing the average successful bid to a mere 0.44 cents/kWh, which the agency said was “far below expectations.”

The results show that some bidders believe they can do without support", covering their costs by selling the electricity on the open market, a spokesperson told the Clean Energy Wire.

Utility EnBW secured the bulk of the auction with its 900 megawatt “He Dreiht” wind farm.

“He Dreiht is one of the world’s first offshore wind farms without support,” the company said in a press release.

“Our bid shows that the market integration of offshore technology is possible by the middle of the next decade, and that offshore wind can make a significant contribution so that Germany can reach its energy and climate targets,” said EnBW CEO Frank Mastiaux.

The company said that the wind farm would benefit from the rapid technological progress expected in the industry before it is due to start operating in 2025. It will also benefit from important synergy effects, such as shared infrastructure, because two other EnBW offshore wind farms are nearby.

“Taken together, these factors mean that EnBW He Dreiht will have particularly low generation costs, and can be realised and operated without support,” Mastiaux said.

Danish wind energy firm Dong was awareded three offshore wind projects in the auction. For two of those wind farms, the company made bids at zero euros per MWh, according to a press release.

“But this will only happen if coal power plants, of which there are too many, will disappear from the market and emission certificates become more expensive.”

Graichen warned that it was unlikely the wind farms will be built if prices do not increase over the coming years.

But EnBW insisted in its press release its bid assumes wholesale prices only reach a "moderate level", while Dong said its price forecast was "relatively conservative" compared to forecasts available from leading research firms.

The head of Germany's Wind Energy Assocation BWE, Hermann Albers, called the bids "speculative" and said the assumptions  on cost degression and technological advances were "daring". Smaller and mid-sized companies could not compete under the uncertainties of an auction system, unlike the two winning companies, which are both owned to a large part by the state, he said in a press release.

The Grid Agency said it was unclear whether the low bids can be sustained in Germany’s second offshore auction, which will be launched in April 2018.