Planting trees can be “main weapon against climate change” – study 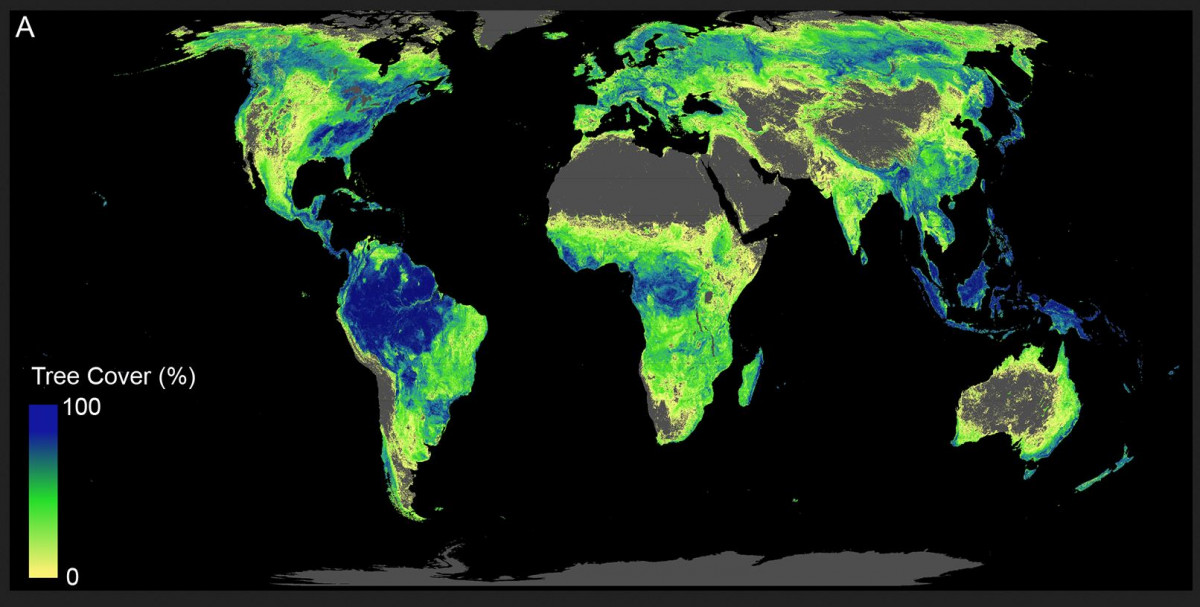 Planting huge amounts of trees across the globe could be an effective way to fight climate change, a new study said. Using the world-wide potential for close to an extra billion hectares of tree cover could absorb a large share of all carbon emissions humans have produced so far, wrote researchers from Zurich University. However, the study came under fire for giving the impression that trees provided a magic silver bullet at a time when most countries still failed to cut carbon emissions and many continued to cut forests. German development minister Gerd Müller called for a mandatory certification of soy and palm oil to make sure that no tropical rainforest had been cut down and burned to produce them.

Planting huge amounts of trees across the globe could be an effective way to fight climate change, a new study said. Using the world-wide potential for close to an extra billion hectares of tree cover could absorb a large share of all carbon emissions humans have produced so far, wrote researchers from Zurich University. However, the study came under fire for giving the impression that trees provided a magic silver bullet at a time when most countries still failed to cut carbon emissions and continued to cut forests. German development minister Gerd Müller called for a mandatory certification of soy and palm oil to make sure that no tropical rainforest had been cut down and burned to produce them.

A rapid restoration of forests is humanity’s best bet to significantly offset man-made carbon emissions and minimize the damaging effects of climate change, a report by the Crowther Lab – a research group based at university ETH Zürich – has found. Once mature, new forests have the potential to capture two thirds of carbon that exists in atmosphere as a result of human activity since the Industrial Revolution, say the researchers. Other forest experts, however, said this figure was too high.

“There is room for an extra 0.9 billion hectares of canopy cover, which could store 205 gigatonnes of carbon,” the research carried out by a team of global climate scientists reveals. The potential lies in areas with low human activity that are not currently used as urban or agricultural land.

Speaking at a press conference to officially release the report in Berlin, lead author Jean-François Bastin said the findings have revealed a great opportunity to counter climate change. “The numbers were really overwhelming and way beyond what we expected. Actually, the restoration of trees can be our main weapon to fight climate change,” he said.

According to the study entitled “The global tree restoration potential”, acting now could cut carbon dioxide in the atmosphere by up to 25 percent, to levels last seen almost a century ago. Postponing action will have devastating results, as the area available for forest restoration could be reduced by a fifth by 2050 through the effects of climate change, the authors argue.

“Our study provides a benchmark for a global action plan, showing where new forests can be restored around the globe. Action is urgent and governments must now factor this into their national strategies to tackle climate change,” said Bastin.

Reforestation one element of fight against climate change among many – researchers

“We should have basically started 30 years ago when the IPCC was created, so we need to do it (reforestation) now because it’s almost too late,” Bastin told Clean Energy Wire.

The findings which present a prompt call to action come after the IPCC’s (Intergovernmental Panel on Climate Change) 1.5° report warned last year that dramatic and fast action was needed to limit the global temperature increase to 1.5 degrees Celsius, beyond which the dangers from climate affects will increase significantly. With the 2015 Paris Climate Agreement, countries agreed to introduce measures to hold global warming well below 2°C, though many countries are still failing on their greenhouse gas reduction targets to meet even this goal.

The study finds that the most potential for tree restoration lies in Russia and the US, two countries where current presidents have shown little interest to fight climate change.

In addition, parts of the planet are still losing trees at an alarming rate. The tropics lost 12 million hectares of tree cover in 2018, the fourth-highest annual loss since record-keeping began in 2001, according to Global Forest Watch.

Reforestation should be thought of as one solution to climate change among many, researchers Simon Lewis and Mark Maslin from University College London (UCL) argue. “The best solution to climate change remains leaving fossil fuels in the ground,” also because the capacity to store a lot of carbon is only reached after hundreds of years, they write. Still, reforestation is essential for creating negative emissions, because “even if the world reduces its carbon emissions to zero by 2050, there will still need to be negative global carbon emissions for the rest of the century – drawing CO₂ out of the atmosphere to stabilise global warming at 1.5˚C,” they write.

The two researchers also said the numbers presented by the new research seem to overstate the CO2-saving-potential of tree restoration.

Experts have also warned that the study could be used as a dangerous justification to derail other climate change mitigation strategies like reduction of carbon emissions. "It will likely [...] be used to argue that we can rely more on reforestation to reduce climate change, potentially displacing efforts toward other responses: emissions cuts, adaptation, other carbon removal methods, and solar geoengineering research," wrote environmental law and policy fellow at the University of California Jesse Reynolds in a blog post.

As a relatively small and densely populated country, Germany, where the areas covered with forests have been growing mostly due to more efficient agriculture has comparatively little potential to contribute to global CO₂ savings through forest restoration. Most potential lies in Russia, the US and Canada, says the report.

German agriculture minister Julia Klöckner has said she wants to boost reforestation in reaction to recent losses to wild fires, drought, storms and pests, reported Spiegel Online. "The forest is the lungs of our society, a key climate protector," she said. She called for “a multi-million-trees programme”.

Economic development and cooperation minister Gerd Müller recently called for a mandatory certification of soy and palm oil to make sure that no tropical rainforest had been cut down and burned to produce them. Müller says this could be a building block of global climate action by the German government.

“We have to put the German climate debate in an international context. Slash-and-burn alone is responsible for 12 percent of global CO₂ emissions – six times Germany’s total greenhouse gas emissions,” said the minister, who travelled to Brazil over the weekend to visit the Amazon rainforest.

Climate impact of farming, land use (change) and forestry in Germany