For the first time ever, renewable energy sources in Germany have generated more power in the first half of 2018 than all coal plants taken together, making wind, solar, and other green energy sources the largest power source in the country, preliminary figures released by the German Association of Energy and Water Industries (BDEW) show. Renewable power sources together generated nearly 118 billion kilowatt hours (kWh) of electricity between January and the end of June, while the output of lignite and hard coal plants dropped to 114 billion kWh. 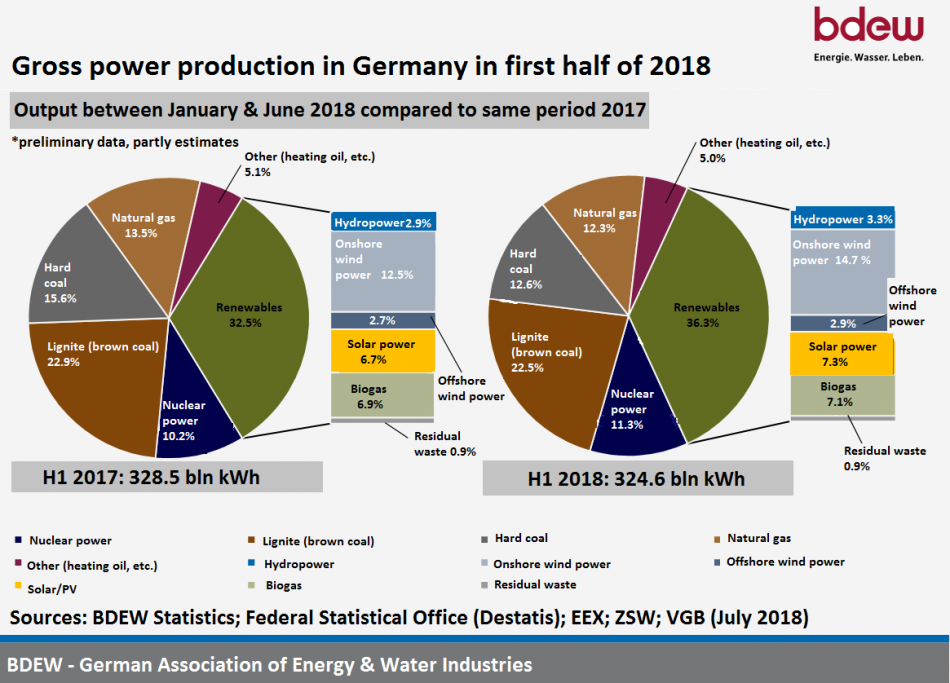