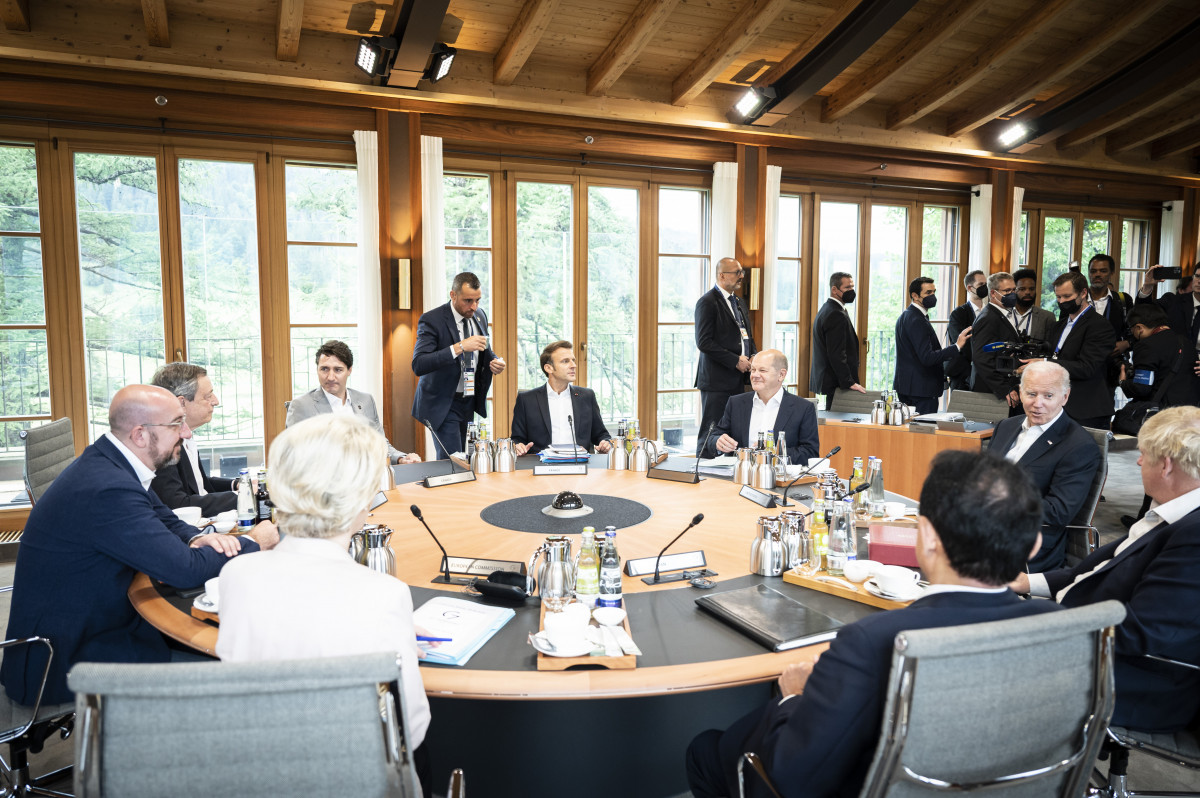 Civil society groups and others have largely reacted with criticism of the German presidency's role in furthering climate action within the G7 group of influential economies. With the energy crisis caused by Russia's invasion of Ukraine creating severe challenges for national governments to ensure a secure energy supply, chancellor Olaf Scholz' declared aim to make climate action a priority at the group's summit in the Bavarian Alps has been largely missed, many commentators agreed after the German presidency's final summit statement. While some minor success has been made in furthering climate cooperation beyond the G7, plans to ramp up gas exploration are said to undermine progress in emissions reduction rather than advancingt it.

“It’s regrettable that the important starting signal for far-reaching climate partnerships with India, Indonesia, Vietnam and Senegal almost has gone down unnoticed, as attention was focused on damage control regarding Scholz’s proposal to support exploration of new natural gas reserves with public money. It was at least achieved to not formulate this as a sweeping go-ahead for gas investments but rather as an order to examine the potential and to legally anchor it as an exception according to the deal in Glasgow and not as a bypass for this important agreement.”

"The G7 have launched new forms of global cooperation to address the climate crisis - the Energy Partnerships, the Global Climate Risk Shield, the Climate Club. These initiatives show that the G7 see climate change as a threat they must address, even in a difficult geopolitical environment. But they have failed to demonstrate this new dimension in their own actions at home. Chancellor Scholz has failed to mobilise new climate pledges from G7 leaders. To be credible at COP27, they still have a big gap to fill in the next six months."

"In times of severe geopolitical crisis, G7 leaders are sending an important signal: the transformation to a climate-neutral economy remains a key priority (…) However, implementation is what will matter now. Strengthening energy efficiency, expanding renewables and green hydrogen are key to ensuring that the transformation of industry actually succeeds. Is the German government ready to lead by example? The remaining months of the German G7 Presidency and the Petersberg Climate Dialogue will have to show."

"The G7 is clearly falling short in tackling the climate crisis. The refusal to clearly comply with the decision of the UN Climate Summit 2021 and to now tighten their weak climate targets sends a difficult signal to the rest of the world, especially to low-income countries that are already suffering massively from the effects of the worsening climate crisis. Watering down the commitment made last year to end public financing of climate-damaging fossil fuel projects is irresponsible and will further exacerbate the climate crisis. This is compounded by the lack of progress on pledges made on promised financial aid to address the climate crisis in low-income countries."

“Scholz has failed to initiate the turning point for climate protection in Elmau and there is a lack of clear resolutions to phase out coal and a phase-out date for combustion cars by 2030 and for gas by 2035. Olaf Scholz and the G7 did not use this summit to even come close to linking the Ukraine crisis with the dependence and external blackmailing regarding imports of fossil energies with the urgency of the climate crisis. There should have been a clear signal here for turning away from fossil energies such as LNG gas and securing the energy supply through renewable energies.”

“Germany has pushed an ambitious climate agenda for the G7 Summit, but the outcome is not sufficient to bridge the trust gap with the Global South. Now G7 governments must deliver on promises for increased climate financing to make progress possible at the November COP27 meeting in Sharm-el-Sheikh. Otherwise the momentum from the Glasgow conference last year might be lost. The ‘open climate club’ statement is a significant step but much remains to be done, including making sure that it is really inclusive. G7 and the EU need to step up cooperation with developing countries on energy and industrial decarbonisation, including a multilateral co-innovation fund.”

"The G7 is sending a clear signal of unity and determination in Elmau - especially in supporting Ukraine against Russian aggression. But the demonstrative symbolism must now be followed by action. The climate club must be fleshed out with concrete goals and measures. The end of subsidies for fossil energy must come quickly. In doing so, the G7 must not lose sight of the countries of Africa, Asia and Latin America and must also keep an eye on the social aspects of climate policy transformation. The G7 must drive this forward concretely and transparently in cooperation with the G20."

"This summit was an intermediate step on the way to solving many parallel crises worldwide. The commitment to the 1.5 degree target and the reduction of fossil fuel subsidies by 2022 is an important step in the field of climate and biodiversity protection. The German G7 Presidency has also acted with foresight by inviting Argentina, India, Indonesia, Senegal and South Africa. This is the only way to build mutual trust and strengthen alliances.”

“The war in Ukraine is the strongest possible argument for greening our economies and accelerating our independence from fossil fuels. At the same time, this decade is critical to address the climate crisis. To do so, we must mobilise trillions of private capital for climate action projects. We welcome the G7 endorsement of the Emerging Market Climate Action Fund (EMCAF). The EIB stands ready to work with countries and financial institutions through EMCAF to accelerate financing for renewable energy and energy efficiency projects globally.“

Tobias Pross, investment company AllianzGI
The past year truly shone a light on the challenges facing the planet and the urgency with which we must face them. It also revealed the profound inequalities and the funding shortfall needed to answer these challenges, in particular in emerging countries. Collaborative action will be vital to develop the right solutions, and we are delighted to see the G7 support our joint initiative for financing climate transition."

"Climate protection and transformation need quick solutions, not long rounds of talks. It’s a good thing that the Geman government’s idea of forming a climate club is finding international supporters. But words alone are not enough. The common approach found today should not be jeopardised by unilateral action. The EU should therefore shelve its plan to unilaterally introduce border adjustment measures for climate protection and give absolute priority to the Climate Club.”

"Of all countries, those that are among the biggest emitters of CO2 in the world have now increased their own leeway in investing in fossil energy projects. This is not only bad news for climate protection, it also reflects badly on the G7 states. They lose their credibility when their signatures are only valid as long as it fits the political agenda. Fossil reserves needed in the short term to prevent supply bottlenecks must not entail long-term utilisation contracts or new infrastructures that stand in the way of the expansion of renewables."