Germany must speed up its charging infrastructure rollout tenfold to avoid a failure in its shift to electric mobility, which is rapidly gathering pace, the country's car industry has warned. To reach the government's target of one million public charging points by 2030, "we need 2,000 new charging points per week, starting right now," VDA president Hildegard Müller told news magazine Der Spiegel. "This is ten times as many as we currently build," she added. "If things continue as they are, e-mobility will not be able to establish itself on a broad scale."

At present, Germany registers more than 12,000 purely electric cars and plug-in hybrids per week, but only installs 200 charging points, according to VDA figures, the article said. The lobby group said while there were 13 electric cars per public charging point at present, that number could increase to 20 electric cars per charging point by Easter 2021. Müller said policymakers needed to simplify planning procedures and make charging power cheaper by exempting it from Germany's renewable energy surcharge on electricity prices. To enable a faster rollout, the lobby group also called for a "charging summit" involving the car industry, mineral oil and energy companies, retailers, car park operators, real estate companies, as well as federal and municipal politicians. "Only if we all pull on the same string will we manage to close the large gaps in the charging network," she said.

The take-up of electric vehicles has been slow in Germany in comparison to many other markets, but thanks to new government incentives, registrations have picked up sharply in recent months. The share of pure electric cars in new car registrations reached 8.4 percent in October as a record number of car buyers opted for alternative propulsion systems. The German car industry only committed to climate-neutral mobility by 2050 last month. But following a fierce quarrel within the lobby group, the VDA rejected a sole focus on electric mobility, and insisted that modern combustion engines and synthetic fuels "will play a major role" in achieving climate targets, even if electric vehicles are the short-term priority. 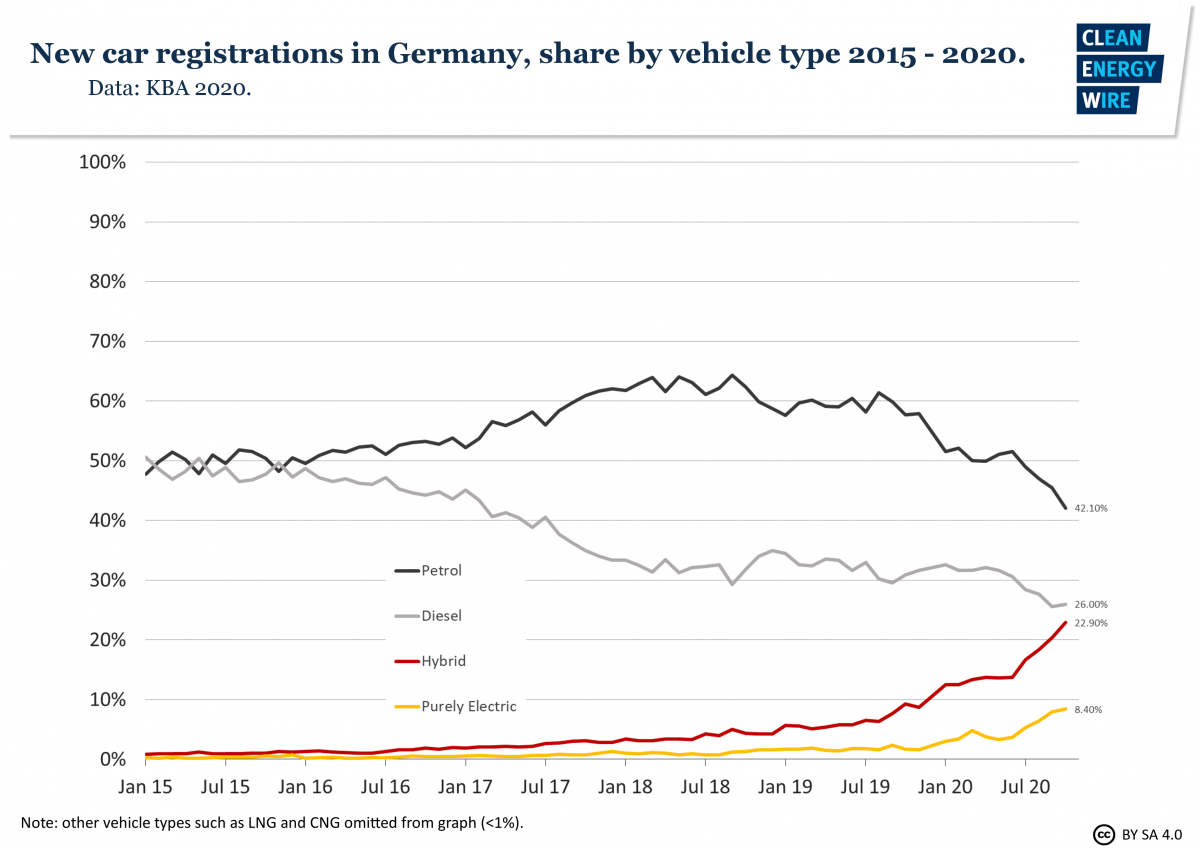