State support for Uniper is right, as insolvency would shake up entire German gas industry – analyst 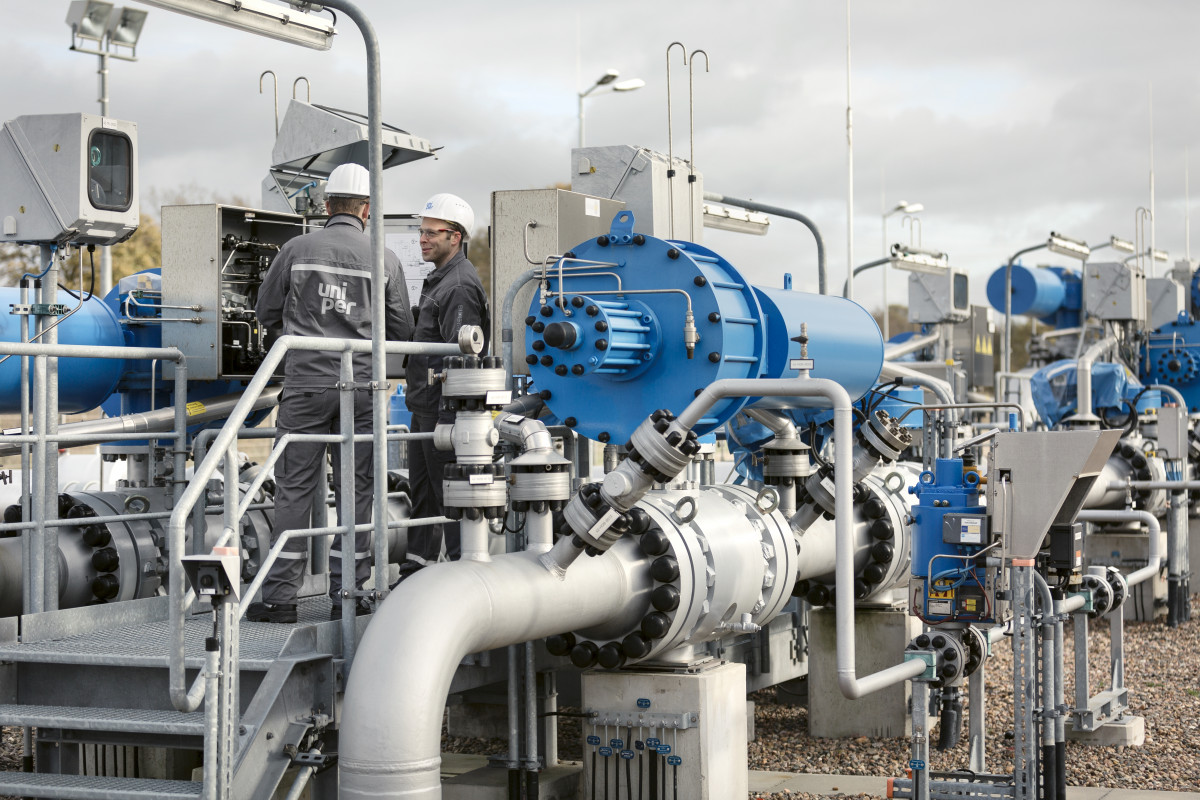 Possible state support for energy company Uniper – Europe’s largest buyer of Russian fossil gas – is justified because an insolvency would trigger a domino effect and shake up the entire German gas industry, says energy analyst Andreas Schroeder of ICIS (Independent Commodity Intelligence Services). The German government is finalising legislation which would give the state the power to take stakes in essential companies as a last resort in efforts to increase energy security. Uniper and the government had recently confirmed they are in talks about stabilisation measures, including possible guarantees, raising credit facilities or even the state taking an equity stake. The company is struggling as Russia has cut gas supplies, which means Uniper must procure the volumes on spot markets at much higher prices. Schroeder, who is head of energy analytics at ICIS, says the company’s losses are huge and insolvency seems possible.

Clean Energy Wire: German media called government plans for new legislation to tackle the impact of rising prices on energy companies a “lex Uniper”, comparing it to the “lex Lufthansa” which had supported the airline during the Covid-19 crisis. How bad is the energy company doing at the moment?

Andreas Schröder: Uniper’s strong orientation towards its Russian business is becoming its undoing. The company had to absorb large writedowns this year on the Nord Stream 2 gas pipeline project and on the group's entire Russian business with 11 gigawatt of power plant capacity and 4,300 employees. Uniper is also Europe's largest buyer of Russian natural gas with imports of around 200 terawatt hours per year [TWh/year] under long-term gas contracts. Uniper is severely affected by the current Gazprom supply shortfall and currently has to procure the missing volumes ad-hoc on the spot markets at high market prices. This is because the company is contractually bound to continue distributing Gazprom gas to large customers, such as industrial customers and municipal utilities. At the moment, Uniper cannot invoke a "force majeure" clause and, because paragraph 24 of the energy supply security law [EnSiG] has not been activated, it cannot directly adjust the contract prices to market realities. This leaves Uniper sitting on the large losses it is currently accumulating on a daily basis. Given the large volumes and high market prices, the losses are huge and insolvency seems possible.

An insolvency would trigger a domino effect and shake up the entire German gas industry, all the way to the end customer sector.

How do you assess the situation in the energy industry in general - what can we expect over the coming weeks and months and is an approach like the one the government has taken the right way forward?

The situation in the German energy industry is tense. As an outpost, the example of Uniper is symptomatic for the situation of the entire German gas industry. Uniper is systemically relevant in the gas sector because, as the successor to the old Ruhrgas, it is the largest German gas procurer – 370 TWh gas portfolio, of which approximately 200 TWh are from Russia – and, as a mid-stream player, redistributes this gas to many German industrial customers and municipal utilities. An insolvency would trigger a domino effect and shake up the entire German gas industry, all the way to the end customer sector. The knock-on effects could spread to other sectors and lead to company insolvencies there.

So, how do you assess this step by the government?

I think supporting Uniper through emergency loans, up to and including a temporary partial takeover, is the right solution and justifiable from a regulatory point of view. The example of Lufthansa has shown that state support can have a system-healing effect in exceptional cases like today. It can even be financially worthwhile for the state. Similar to Lufthansa, Uniper is a healthy company at its core, as evidenced by the its share price in the period September 2016 to February 2022. The impending insolvency is not primarily self-inflicted due to management mistakes or poor structures, but has come about due to external events that cannot be influenced and due to the company's strong exposure to Russia. The "helping hand" of the state makes sense here in terms of regulatory policy.

Will it be enough?

I think loans or a temporary partial nationalisation can be enough to protect the gas industry from a Russian supply shortfall. With Uniper’s liabilities we are not talking about fictitiously inflated orders of magnitude and obscure interconnections as with Lehman Brothers. We are talking about contractually transparent physical quantities of natural gas that can be calculated.