Gas
Natural gas has a special role in the debate about the global transition to a decarbonised energy system to combat climate change thanks to its reputation as the greenest of fossil fuels. Pushed by the recent oil and gas boom, the U.S. has massively increased exports and is now portraying its liquefied natural gas (LNG) both as an additional fuel in a secure and diversified mix amid turbulent geopolitical times, and as a way to phase-out dirtier coal and oil. However, high greenhouse gas emissions along the entire value chain of extraction, processing, transport, storage and consumption challenge the sales pitch – a problem for trade partner EU, which is on a clear path to climate neutrality by mid-century with its sustainable growth strategy Green Deal. In addition, the coronavirus crisis has put a spotlight on deteriorating transatlantic relations and highlighted the risks involved in attempts to use LNG trade to smooth diplomatic tensions. This dossier examines transatlantic LNG trade and its implications for climate and international relations. [The research for this series of articles was supported through a Kellen Fellowship by the American Council on Germany.] (UPDATE adds taz piece)
More facts & background 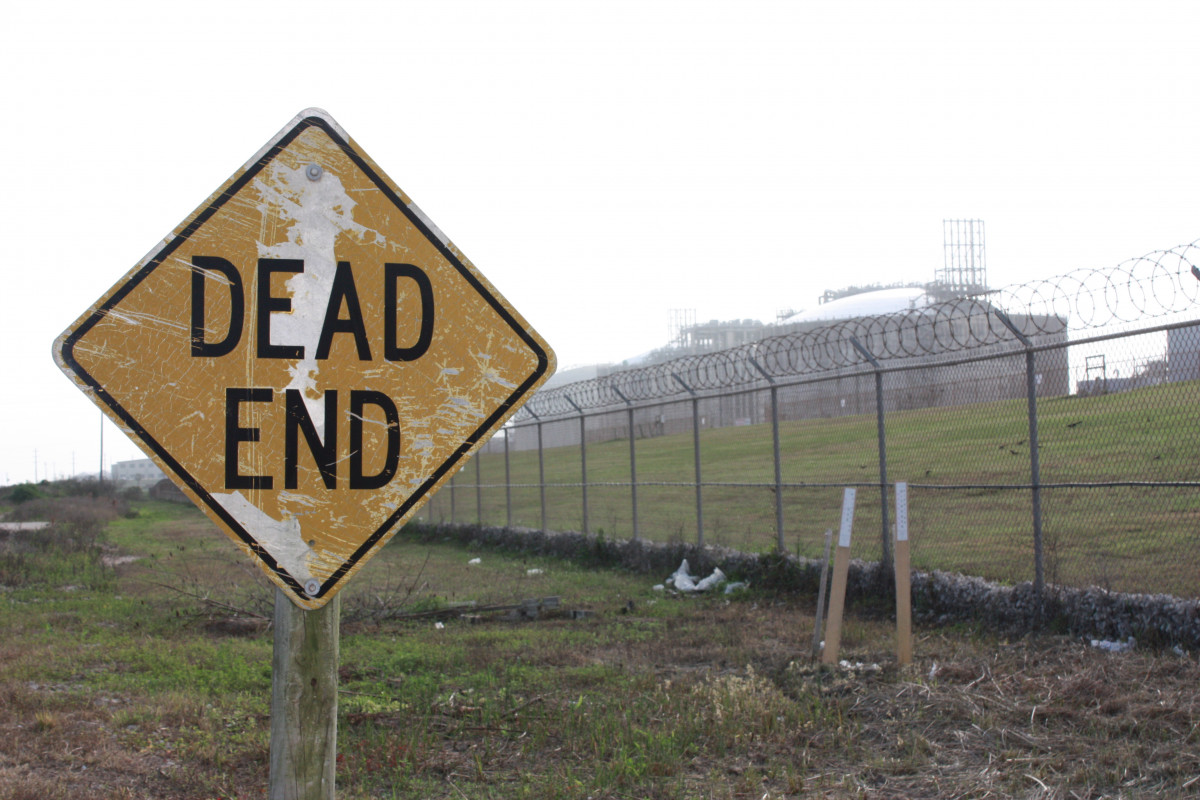 The U.S. administration is aggressively promoting the country’s liquefied natural gas (LNG) to European partners. It is being sold both as a supply that would help buyers diversify away from Russian gas, and as a way to reduce greenhouse gas emissions by replacing coal. However, high emissions along the entire value chain of American gas deliveries challenge this sales pitch. A closer look at the world’s largest oil and gas field – the Permian Basin in West Texas, where much of the exported gas is produced – shows how methane emissions and flaring have reached levels that threaten the image of natural gas as the cleanest fossil fuel. This could become an issue for transatlantic gas trade, because the EU is aiming for climate neutrality by 2050 and is currently drafting a methane emissions strategy that could ultimately decide where the continent sources its gas, based on the climate footprint. Many industry players in the U.S. are starting to see a competitive advantage in climate-friendly production. Read the article. 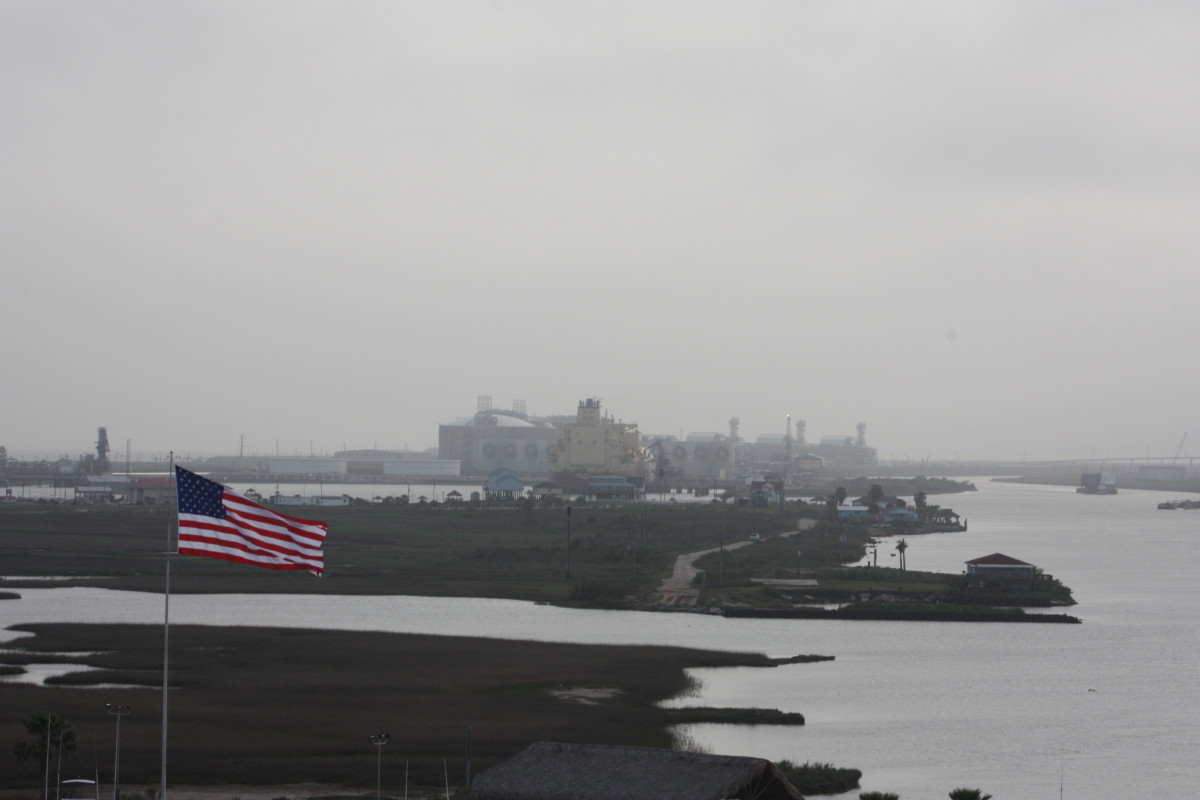 The coronavirus crisis has put a spotlight on deteriorating transatlantic relations as both continents focus on the well-being of their own populations and U.S. President Donald Trump continues to push his America First strategy. Over the past two years, governments in Europe and America tried to smooth tensions over issues such as trade imbalances or the contentious Nord Stream 2 gas pipeline with promises of increased liquefied natural gas (LNG) imports – largely owing to Trump’s deal-making approach to international relations. Even without the current crisis, former U.S. officials and policy experts warn against such politicising of a commodity and say governments have limited options to influence what are essentially business decisions. While the coronavirus impacts on LNG trade are still difficult to foresee, a prolonged slump in demand could change global markets and lay bare the risks of transatlantic relations based on tit-for-tat business deals. Read the article. 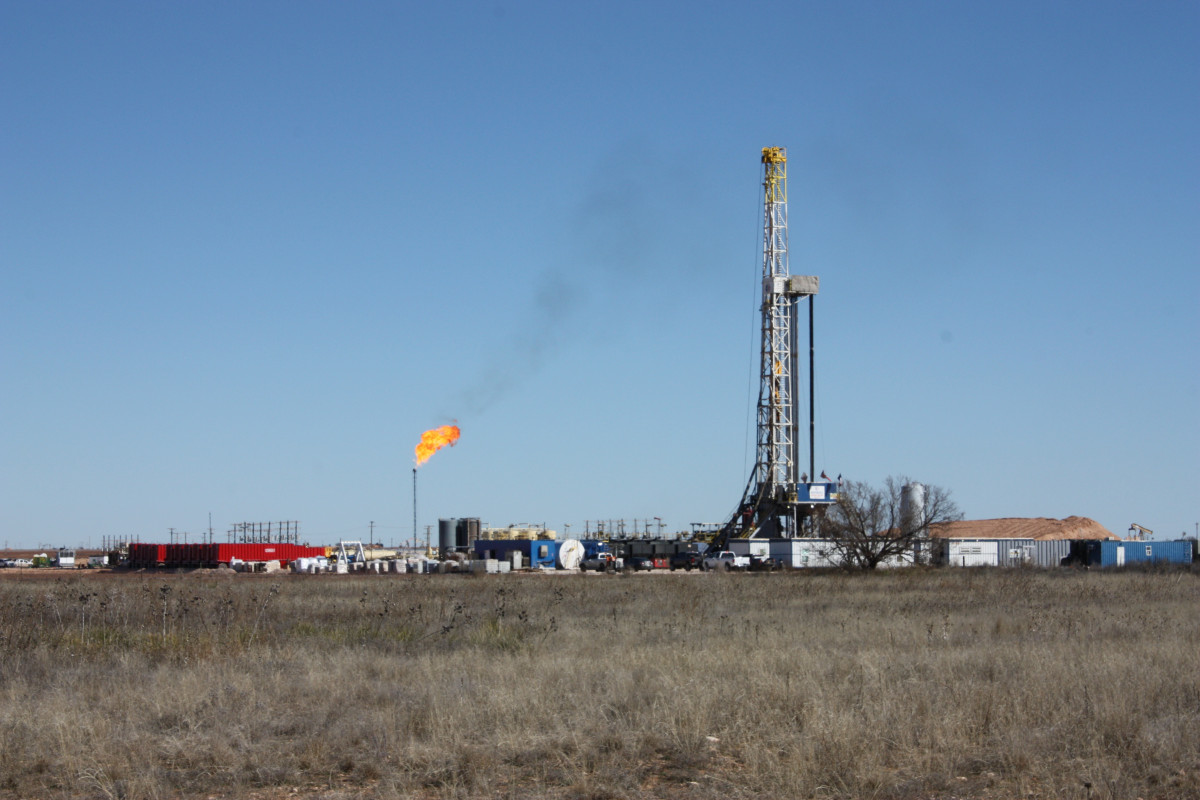 High methane emissions could unseat natural gas as the lowest-carbon fossil fuel, and the EU needs to exert pressure on the U.S. to get a grip on the issue, says Samantha Gross, fellow in the Cross-Brookings Initiative on Energy and Climate. At the same time, a comprehensive ban on fracking to rein in greenhouse gas emissions could do more harm than good if production simply shifted to other countries, she cautions. The former director of the Office of International Climate and Clean Energy at the U.S. Department of Energy also spoke with Clean Energy Wire about the downside of gas trading as a tool to iron out transatlantic relations and why she wants gas to be kept out of politics. Read the interview. 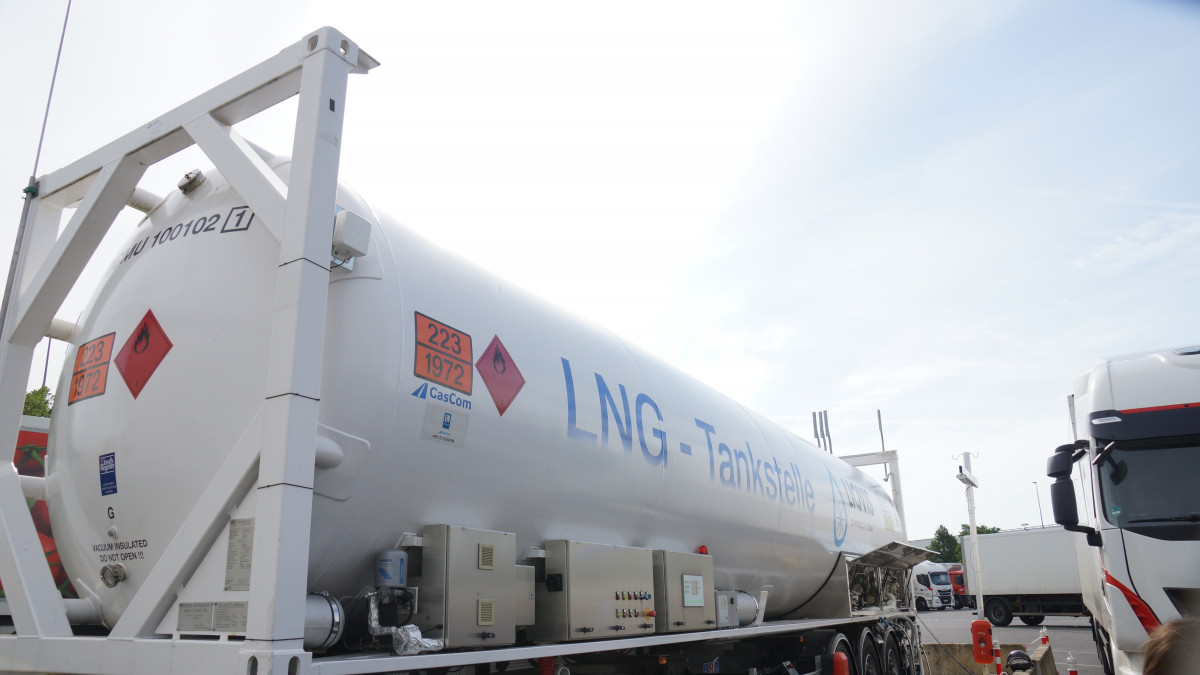 Factsheet: Liquefied gas – Does LNG have a place in Germany’s energy future?

Germany has a well-developed natural gas pipeline grid, but so far does not have its own import terminal for liquefied natural gas (LNG). Following harsh criticism by U.S. President Donald Trump over the contentious Russian-German natural gas pipeline Nord Stream 2, the German government has promised to speed up a decision on whether to provide financial backing for a new LNG import terminal, which could receive LNG from the U.S., among other exporters. This Q&A looks at the current situation of LNG in Germany and Europe, as well as future plans.

For the latest LNG news on cleanenergywire.org, use the search function.

Against the backdrop of escalating tensions over the Russian-German gas pipeline Nord Stream 2, Germany and the U.S. aim to boost industry cooperation on liquefied natural gas (LNG). German economy minister Peter Altmaier invited U.S. government and LNG industry representatives to an investor conference in Berlin, where he emphasised the importance of the transatlantic partnership.

Germany will choose where to build its first liquefied natural gas (LNG) terminal by the end of 2018 as a gesture to the United States, which wants to ship more gas to Europe, economy minister Peter Altmaier said after a meeting with Maros Sefcovic, the European Commission vice president and EU energy chief.

Reporting on energy and climate in the time of coronavirus 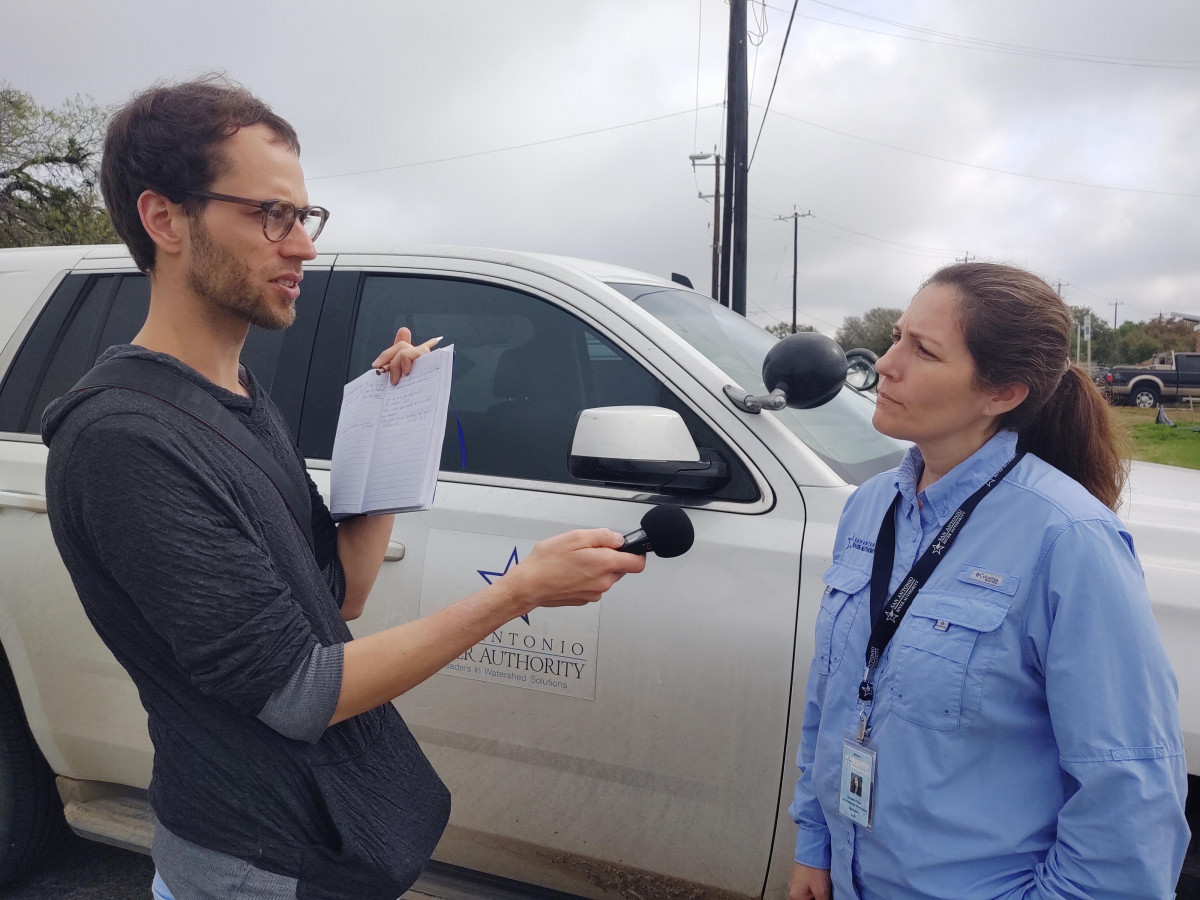 Julian Wettengel shares experiences from his research, tips and lessons on energy transition journalism, and interviews one of the leading U.S. journalists on climate and energy, Amy Harder.

The coronavirus is bringing public life in many countries to a halt, with potentially severe consequences for medical systems and other critical areas. And it's affecting reporters and reporting, too. Clean Energy Wire correspondent Julian Wettengel spent weeks preparing for a research trip to the U.S. But, as with so many plans these days, the spread of the coronavirus left its mark on his reporting – from cancelled interviews to a called-off conference – and ultimately cut his trip short. Here's what he learned.

Climate has become the most polarising issue in the U.S. and highlights deep partisan divides between Republicans and Democrats, a recent Pew Research Center survey shows. As climate change becomes an ever-greater concern among the public, the coverage of it needs to remain unbiased, says Amy Harder, national energy and climate change reporter at Axios in Washington, D.C. Harder is one of the leading U.S. journalists on this beat. She spoke with CLEW's Julian Wettengel about her role within the media landscape. She says she tries to provide her readers added value by exploring areas other reporters are not covering – and that taking time to look at what is going on in other places of the world is a constant struggle.

Off to shale boom country, with more than a little help

The United States administration is promising to bring freedom to Europe with its exports of liquefied natural gas (LNG), while the industry touts it as a tool reduce greenhouse gas emissions and reach the EU’s ever stricter climate targets. However, studies showing that methane emissions from the LNG value chain are higher than previously thought and the negative environmental and social effects of the recent U.S. export boom have many doubting that narrative. With the support of a Kellen Fellowship by the American Council on Germany, Clean Energy Wire’s staff correspondent Julian Wettengel will travel to the heartland of shale oil and gas to get the U.S. view on the industry and its future. In this blog post, he talks about how he can count on the help of many colleagues from the CLEW network and beyond to make the trip a success. 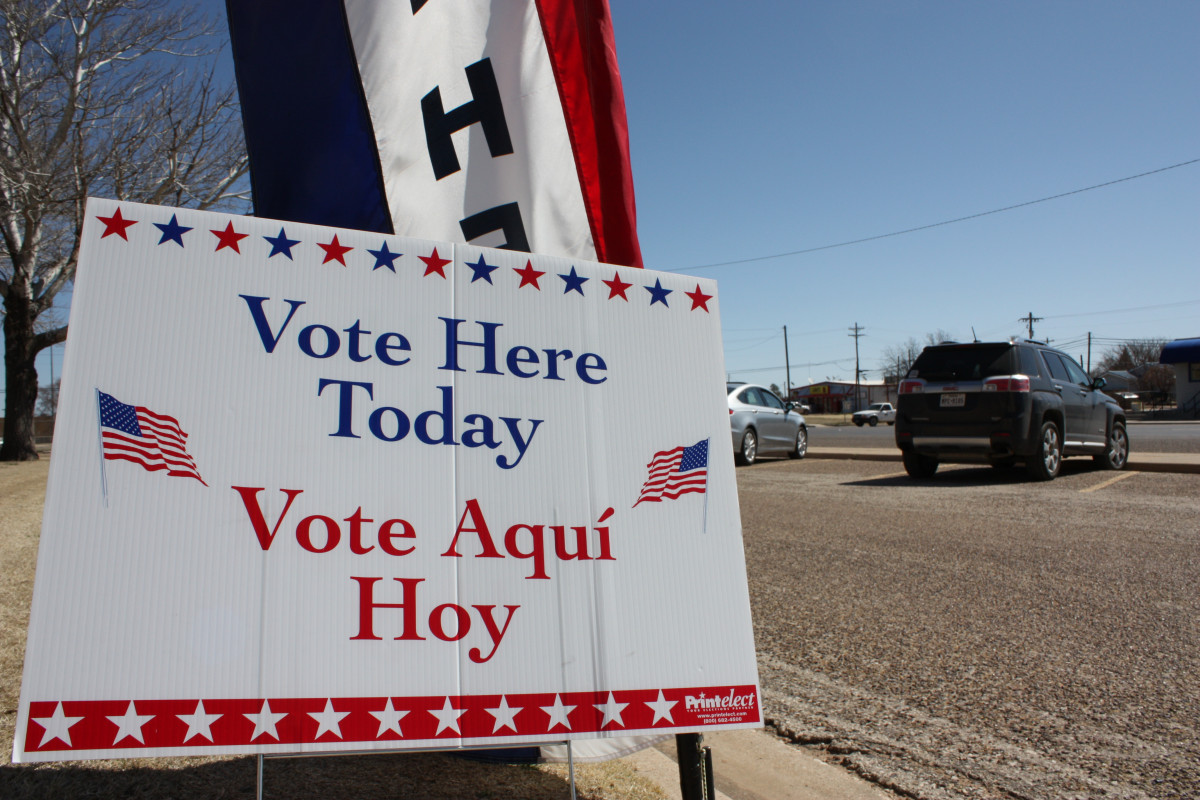