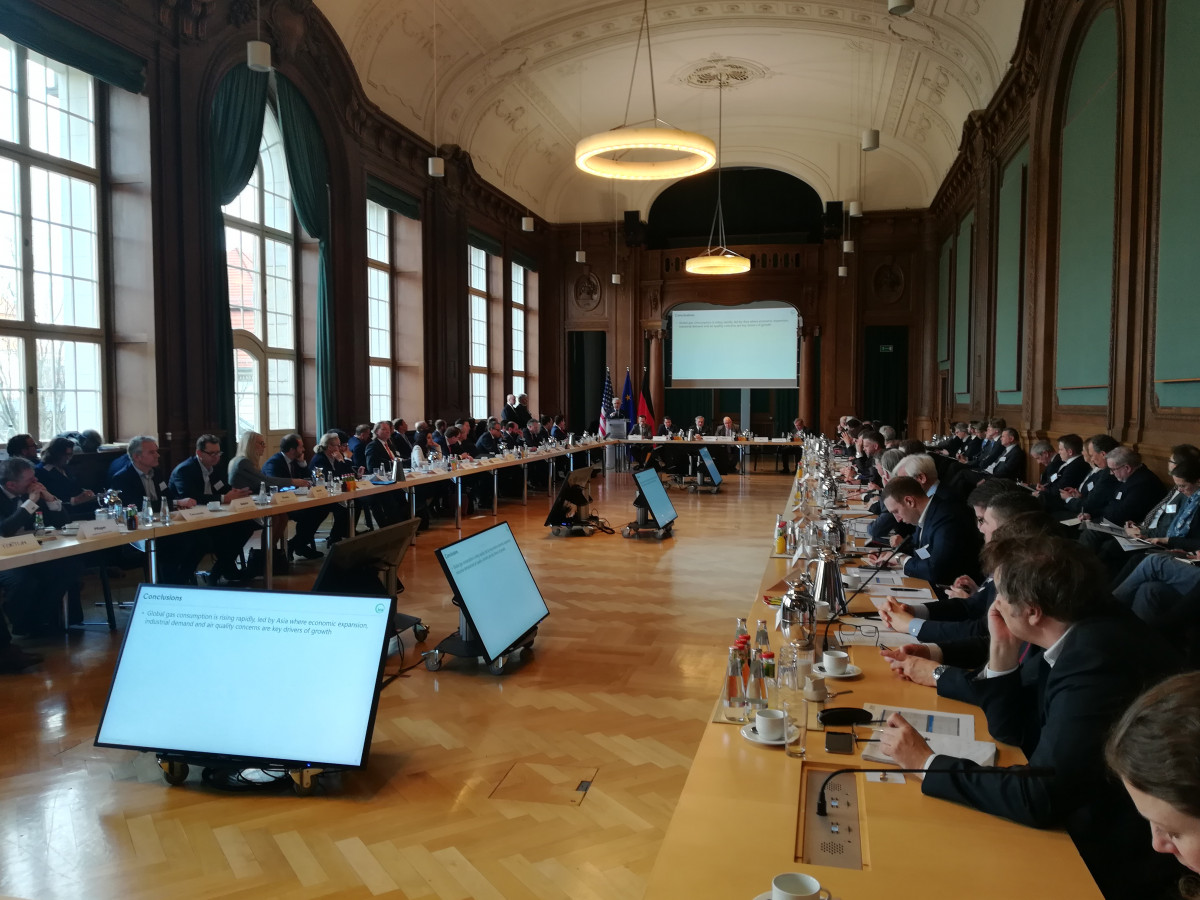 Against the backdrop of escalating tensions over the Russian-German gas pipeline Nord Stream 2, Germany and the US aim to boost industry cooperation on liquefied natural gas (LNG). German economy minister Peter Altmaier invited US government and LNG industry representatives to an investor conference in Berlin, where he emphasised the importance of the transatlantic partnership. The minister said German gas demand will grow as the country exits coal and nuclear energy, and voiced optimism that Germany would soon build its first two terminals to import LNG. These would provide the infrastructure US companies need to sell LNG to Germany. US deputy energy secretary Dan Brouillette said his country would be “a transparent, competitive and reliable supplier of LNG,” and welcomed a recent EU deal on Nord Stream 2 regulation. [Updates with background, quotes from conference]

Germany and the USA have taken the first steps to overcome their recent spat over the controversial Nord Stream 2 gas pipeline. The German government invited US officials and industry representatives for a liquefied natural gas (LNG) investor conference in Berlin, highlighting common energy policy interests and offering a platform for German and US companies to “negotiate business models” with the goal of increasing LNG imports from the United States and diversifying the German energy supply.

At the conference, economy minister Peter Altmaier stressed US-German friendship. “I have always advocated a close friendship between Germany and the US, and I believe this is in both of our national security interests,” he said, calling LNG “one important point of cooperation” between the countries.

US deputy energy secretary Dan Brouillette said his country was “prepared to be a transparent, competitive and reliable supplier of LNG to Europe.” The US is “just getting started” as an LNG exporter, he added. “Energy occupies the nexus between national security and economic prosperity,” said Brouillette. “Access to abundant, affordable, reliable, and secure supplies of energy is a fundamental national security concern for every country.”

Thank you @peteraltmaier & @RichardGrenell for a constructive dialogue on LNG and its critical role for both our countries’ energy future. As Germany builds new LNG import terminals, the U.S. stands ready to provide technical expertise & an alternative, reliable source of energy pic.twitter.com/ihFsCeXHnO

The discussion took place against the backdrop of escalating tensions over the Russia-to-Germany Nord Stream 2 gas pipeline. But both officials said there was no deal stipulating that Germany must buy LNG from the US in exchange for a softer US stance on Nord Stream 2. The issues should be separate, Altmaier said, adding that it was in Germany’s interest to diversify its gas supply, and that Nord Stream 2 was an internal European matter.

Germany has come under increasing fire from other European countries and the US government for greenlighting Nord Stream 2, a natural gas pipeline to Russia currently under construction in the Baltic Sea, which runs parallel to the existing Nord Stream pipeline. Proponents from industry and the German government argue the pipeline is a commercial investment and key to Europe's supply security. A number of EU member countries such as Poland, but also non-EU countries such as Ukraine and the US, fiercely oppose the pipeline, which they say will increase Russia’s influence while diminishing their own ability to benefit from the gas trade. In 2018, US President Donald Trump lashed out at the project, saying Germany was “totally controlled” by Russia.

EU member states reached a temporary truce the conflict last week, when member states decided on new rules for pipelines to and from third countries, like Nord Stream 2. Germany initially opposed the changes for fear of endangering the project. But after negotiations, France and Germany struck a deal on an amendment that would introduce stricter EU rules, but allow Germany to remain the lead regulator.

“We were encouraged by the actions we saw last week at the EU,” US deputy secretary Brouillette told journalists at the press conference in Berlin.

A bridge for the energy transition

Germany’s and Europe’s energy landscape will change over the coming years, said Altmaier. Germany has decided to phase out nuclear power, and is in the midst of negotiating an exit from coal. “We all agree that gas consumption and gas demand in Europe will increase,” said the minister. While domestic production in the Netherlands decreases, more gas will be needed for electricity production and heating “as parts of the energy supply are switched from coal to gas” and sector coupling takes off. “This is an important and necessary transition step to a sustainable hydrogen economy.”

Many also see natural gas – the least CO₂-intensive fossil fuel – as a bridge technology for the global energy transition. “Natural gas offers the flexibility that can complement variable electricity generation coming from renewables” such as wind and solar power, said Miguel Arias Cañete, the EU’s commissioner for climate action and energy, at a recent energy conference.

But critics call for a focus on renewable sources of energy instead, and warn that betting too much on gas now could create a path dependency that will be expensive to abandon in a decade or two, when stricter climate targets take effect.

Many analysts also doubt that natural gas demand in total will rise during the energy transition as renewables, storage facilities and ultimately renewable forms of gas will cover most of the energy needs in Europe. Projections for future EU and German gas demand vary widely, many foreseeing a decrease.

US deputy secretary Brouillette said, “Even if innovation and technology make renewables competitive with other energy sources far sooner than we think, it still may take decades for renewables to reach a critical mass of world energy use.”

The gas industry itself is looking to power-to-gas technology, which uses renewable electricity to make synthetic gas that can be stored on a large scale and used on days with little wind or sun.

Germany to get “at least two” LNG import terminals

The United States has been promoting its LNG exports to Europe for some time. It is the world’s top natural gas producer, a position ensured by the past decade’s shale gas revolution . The US is also responsible for a large share of LNG export growth. LNG, or liquefied natural gas, is natural gas that has been super-cooled (−162°C) to a liquid state for easier storage and transportation. For the US, it is the key that opens up overseas gas markets such as the European Union, which to date is largely supplied by domestic production and imports of Russian pipeline gas.

In the past, LNG import terminals have been set up throughout Europe, but not in Germany. “That is a problem in our eyes,” said Altmaier, and added that he is “optimistic” that “at least two” of the three domestic LNG terminal projects currently being examined for northern Germany would be built.

While the bulk of funding for the projects has to come from the private sector, Altmaier said the German government would decide “within the coming weeks” which of the projects would also receive state support.

His ministry also plans to change regulations on LNG infrastructure projects, which would oblige grid operators to construct the necessary infrastructure to connect the projects to the German transmission grid.

A national German LNG terminal could receive supply from many countries, such as Qatar, said Altmaier, though the United States “will be able to significantly satisfy European demand.” But there has to be a business case, he said: “Prices have to be competitive and stable.”