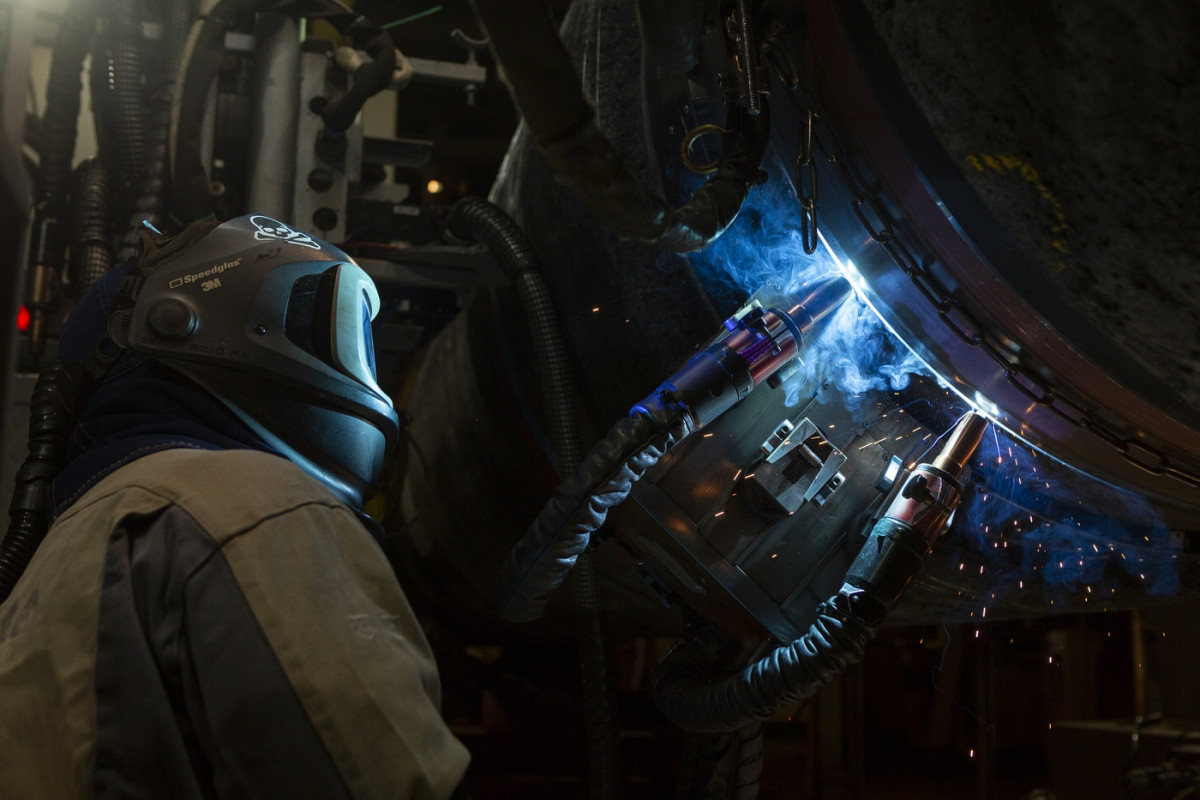 Representatives of European Union member states endorsed a last-ditch German and French proposal to amend some of the language of the new rules on how to regulate pipeline projects such as Nord Stream 2. The deal would introduce tougher requirements for the contentious Russian-German natural gas pipeline, but not endanger the project as a whole. Discussions about the necessity of an additional gas pipeline flared up again over recent weeks, as Germany moved closer to a coal exit decision. Once Germany phases out the fossil fuel and nuclear energy, it will need more natural gas, says the government, while energy experts are divided on the subject. [Update adds European Commission statement from 12 February on provisional agreement by EU institutions.]

EU member states agreed to a last-ditch deal struck by France and Germany, which will likely complicate the Russian-German pipeline project Nord Stream 2, but not rule out its construction, diplomats told German media. The member state proposal to amend the EU gas directive has to be agreed in negotiations with the European Parliament over the coming months.

The European Commission had wanted to change EU law so that in the future, gas pipelines to and from third countries fall under EU oversight, and thus stricter rules. With the deal, the new rules generally cover any pipeline to and from a third country, but the EU member state a pipeline enters will have the power to decide whether to apply the amended rules.

This is a major step forward in the creation of a truly integrated internal gas market which is based on solidarity and trust with full involvement of the European Commission.

On 12 February, the European Commission said it had reached a provisional agreement with the Council and the European Parliament to go ahead with the amendments, which still need to be formally agreed by the latter two institutions "in the coming months". The agreement "closed a loophole in the EU legal framework" and ensured that the principles of EU energy legislation (third-party access, tariff regulation, ownership unbundling and transparency) apply to all gas pipelines to and from third countries. "Exceptions are only possible under strict procedures in which the Commission plays a decisive role," said the Commission in a press release.

"This is a major step forward in the creation of a truly integrated internal gas market which is based on solidarity and trust with full involvement of the European Commission," said energy Commissioner Miguel Arias Cañete.

In an interview with Welt am Sonntag, German economy and energy minister Peter Altmaier said the decision is a “strong signal” to “ideologically motivated critics” of the project.

However, members of the European Parliament said the dispute about the directive and Nord Stream 2 is not over, yet. The developments of the past days shows that “times are over in which the German government can tell itself that its will is European law,” said Reinhard Bütikofer, industry policy spokesperson of the Green Group in the EP.

Katrin Göring-Eckhardt, co-head of the Greens’ parliamentary group in the German Bundestag said the decision is disappointing, reports Spiegel Online. “Nord Stream 2 was wrong from the get go and continues to be so, because it does not only tie us to climate-harmful energy sources for decades, but also makes us dependent on a Russian leadership which acts increasingly authoritarian,” she said.

Until now, France had supported Germany in its opposition to the new rules, but the French foreign ministry surprisingly announced it intended to support the adoption of the Commission’s proposal.

“We have recently witnessed a rise of tension in Franco-German relations, mostly related to German reluctance to embrace Macron’s plans for the EU,” Marco Giuli, policy analyst at the European Policy Centre (EPC) told Clean Energy Wire. He sees the pipeline deal between the two countries as a “typical transactional exchange”. Ultimately, Nord Stream 2 “proved to be a bargaining chip rather than a vital issue for national interests,” said Giuli.

The Nord Stream 2 natural gas pipeline, currently under construction under the Baltic Sea, has been the subject of heated debates for years. The project, scheduled for completion in late 2019, would allow additional Russian gas to flow directly to Germany. Proponents from industry and the German government argue the pipeline is a commercial investment and key to Europe's supply security, while opponents, including some government coalition parliamentarians, object to Nord Stream 2 on environmental, geopolitical and security grounds. A number of EU member countries such as Poland but also non-EU countries such as Ukraine fiercely oppose the pipeline which they fear will increase Russia’s influence while diminishing their own ability to benefit from the gas trade.

The original Commission proposal for today’s decision would have meant for example, that the owner of the pipeline arriving in the EU and the gas supplier cannot be the same company – which is the case with Gazprom and Nord Stream and could have presented a significant hurdle for the project. It was not immediately clear whether this rule would have to be applied under the amendment proposals.

France and Germany have now agreed to ensure oversight will come from the "territory and territorial sea of the member state where the first interconnection point is located."

“Certification exclusively belongs to the national regulator,” said EPC’s Giuli, “and it won’t be easy for the European Commission to challenge the German regulator take on Nord Stream 2.”

Natural gas currently covers almost a quarter of German primary energy consumption, and the country is the world’s biggest natural gas importer, acquiring more than 90 percent of the gas it consumes from Russia, the Netherlands and Norway.

Chancellor Angela Merkel has said that Germany will need more gas, when the country follows through with proposals by the coal exit commission to phase-out coal-fired power generation by 2038. Energy minister Altmaier has also said Germany’s energy transition, the Energiewende, meant that the country’s natural gas supply will increase during a “long” transition period in which the fossil fuel with relatively low carbon emissions will be an important bridge technology. As European gas production is set to decline, projects like Nord Stream 2 but also the construction of a shipping terminal for liquefied natural gas (LNG) would ensure a diversified supplier network to cover growing demand, he said.

However, the question how European and German gas demand will change in the future is far from settled. The German Federal Institute for Geosciences and Natural Resources (BGR) wrote in a 2017 study that domestic natural gas use will grow, FNB Gas, the association of Germany’s gas transmission system operators, projects gas use in the country to fall over the next decade. “Germany may never get a natural gas boom even with coal exit,” an article on newsagency Bloomberg said, quoting an unpublished study by an unnamed major energy company.

Projections for future EU gas demand also vary widely.  “Europe has vast spare import capacity, and could rely upon an upgraded and adequately maintained Ukraine route,” says EPC’s Giuli. The EU energy market expert says Nord Stream 2 would improve the commercial position of some EU countries, but has the potential to worsen that of others. “Yet, the discussion on ‘need’ can hardly be confined to the commercial and technical terms of the project. There is a significant political dimension that cannot be overlooked,” said Giuli.

The connection of the political and economic aspects of Nord Stream 2 became apparent in mid-2018, when US President Donald Trump lashed out at the project and said Germany was “totally controlled” by Russia. The United States has been promoting its LNG exports to Europe, and US ambassador to Germany Richard Grenell has repeatedly warned of a growing reliance of Europe on Russian gas, and told German companies of possible sanctions over Nord Stream 2.

As a “gesture to our American friends”, economy minister Altmaier announced Germany would quickly choose where to build its first liquefied natural gas (LNG) terminal. His ministry has scheduled an LNG conference that includes speakers from the US government on 12 February.