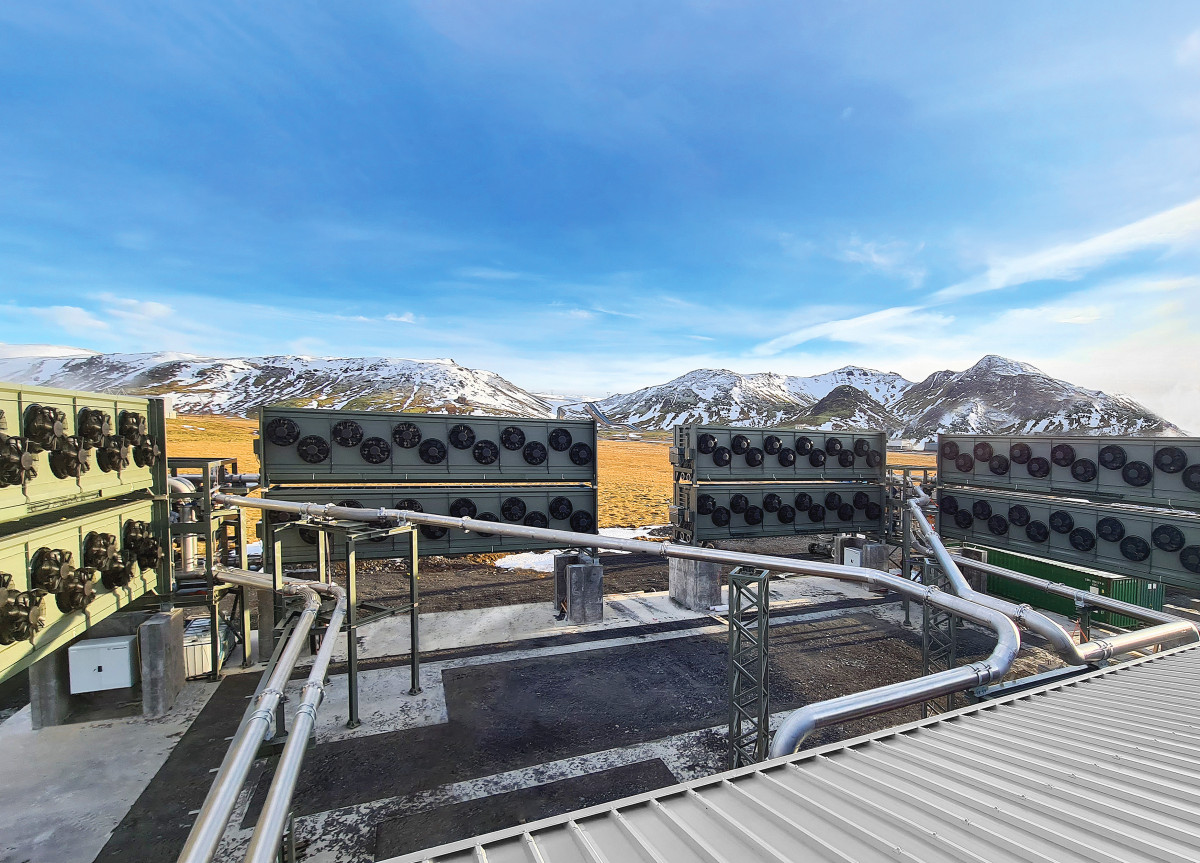 Their goal is to create an entirely new industry, one that will become as important as today’s oil and gas giants, because the world will be in desperate need of removing carbon to mitigate climate change. Swiss company Climeworks has launched the world’s first and largest direct air capture (DAC) and storage plant. It will capture 4,000 tonnes of CO2 per year which will be stored in Icelandic underground rock formations. Quickly scaling this technology is the key to its future, Climeworks Head of Climate Policy Christoph Beuttler told Clean Energy Wire. This will require government support, similar to the feed-in payments that Germany used to expand wind and solar PV, he adds. Without it, the budding sector will thrive elsewhere and Europe could be out of the picture. 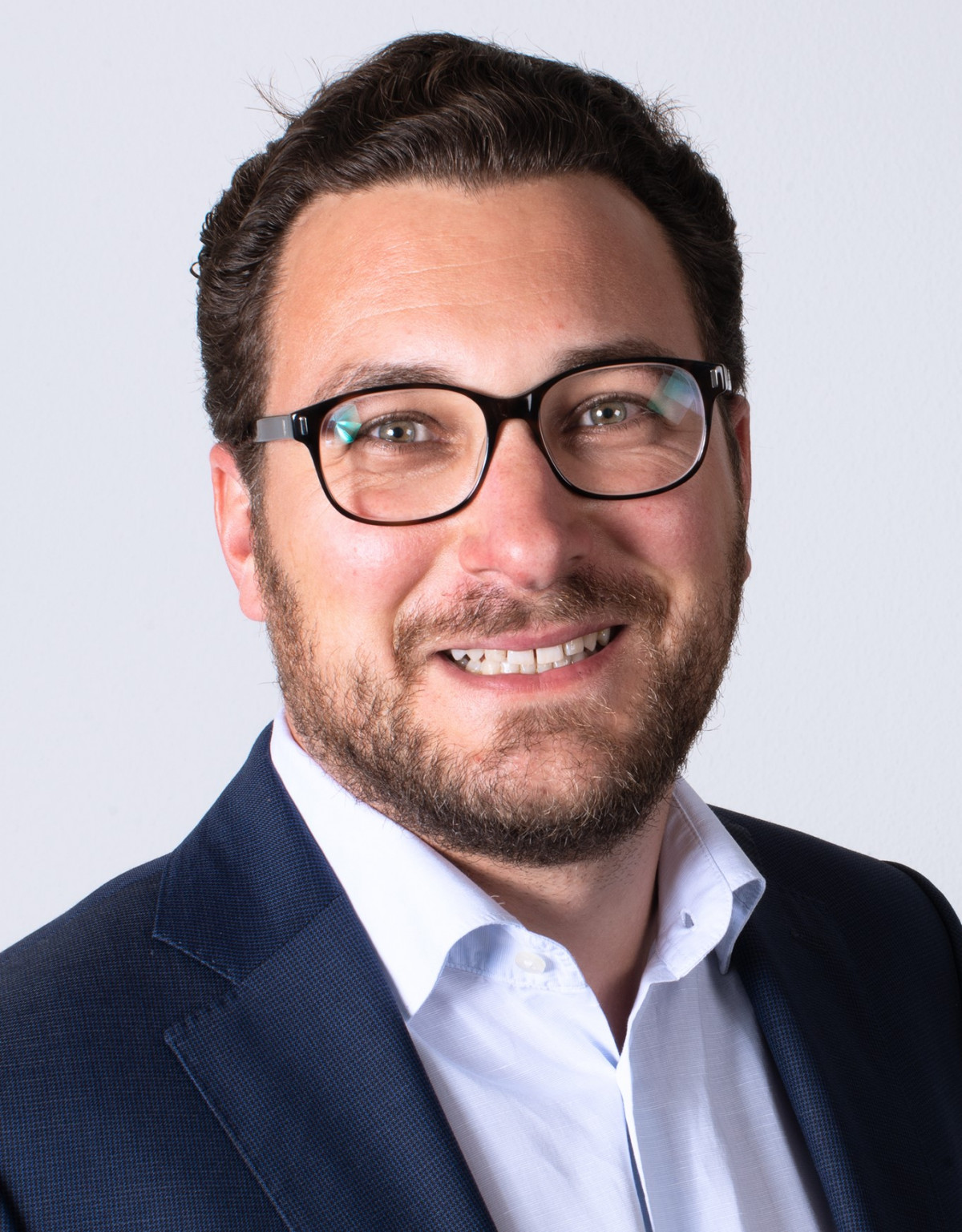 Clean Energy Wire: What’s your impression of how carbon removal technologies are perceived and treated in Europe? Is there enough support to bring new technologies to scale?

Christoph Beuttler: Overall, a lot has happened in the past three years since the European Commission in 2018 first talked about direct air capture in the net-zero 2050 vision. The picture that we see emerging in the Commission gives us reason for hope, but there is a lot of work to do.
On an EU level we have the EU innovation fund as a vehicle which is a good first start but the methodology is biased towards CCS. Also, Ursula von der Leyen and Bill Gates have announced an EU catalyst programme, which is in the region of 800 million euros and the money goes to four different technologies, one of them is direct air capture and that is 200 million euros. And that’s great. But the direct air capture plant “Orca” that we just launched and which is the largest in the world, captures 4,000 tonnes of CO2 per year and cost around 10 million euros to build. The next one we’re building captures 40,000 tonnes – well that’s not going to cost ten times as much but a lot more. And the next one is 400,000 tonnes and then you are in the billions relatively quickly and 200 million euros here and there is not enough to buy the technology down. So what’s needed is something like what Germany did with wind and solar, carbon contracts for difference, government buy-downs. And that’s not there yet.
Instead, policy makers and especially stakeholders from polluting industries often like to talk about the need for a global carbon tax. Yes, of course we need a global carbon tax, but they also know that that isn’t going to happen. Advocating for shorter term, quick mechanisms, that we can actually achieve like a carbon removal fund in the European Emission Trading System (EU ETS) that diverts funds to all of these new carbon removal technologies – those are things that work and are also achievable.

Looking at the interest from private businesses and investors in Climeworks, are you confident that you can scale the technology and have a working business model, without state support?

That’s the argument of the European Commission, which says there is enough demand for direct air capture as it is. And yes, if you calculate the size of our company and how much we raised  - we just made a 10-million-dollar deal with Swiss RE - you can say demand is there. But the whole bottleneck for direct air capture is: This needs to get to gigatons scale within three decades. It needs to become one of the largest industries there is, in the order of today’s oil and gas industry, so the world can stay under 1.5 or below 2 degrees Celsius of warming. Currently we try to grow in niche markets, bubbles for drinks, voluntary carbon removal markets. Our goal is not to foremost make money, our goal is to become climate relevant. If we continue to grow like this, our investors will be happy and our founders will be wealthy but we won’t save the planet. If we want to reach 1.5 degrees, we need to get a move on and speed up our growth.

In a very short time, it almost won’t matter how much direct air capture costs, because the shortage is on the supply side not on the demand side.

The good thing is: the topic is in the programmes of some parties. We haven’t been contacted too much by them and the way it is talked about we see that the knowledge level is still at an early stage in places.

What about other regions of the world - is there more support for the carbon removal industry there?

German politicians like to portrait the country as a frontrunner when it comes to industrial innovation – is the country in danger of being left behind in the development of this new technology?

The country that is leading the charge in direct air capture is Switzerland, because Climeworks is the leading company and we are based in Switzerland. Clearly, if the German government doesn’t get a move on, it’s going to end like it did for the solar industry. Europe will lose the advantage relatively quickly, for example to the U.S, and we would hate to see that happening.

You’ve said there are about 20 direct air capture start-ups around the world – do you perceive any of them as your competition?

We always say we don’t have competition, because the problem is so big that we need every company. Also when you look at the carbon removal markets that are now springing up, the biggest problem is the lack of certificates to trade. So we don’t see them as competition, we are happy that there are more players because it means that everything moves forward quicker and also we at Climeworks have quite a big head start. Obviously, it’s about supply and demand. But soon, we won’t only be able to sell at cost but also according to demand.

The price for DAC is still very high, by when will it become competitive with other removal options?

If you speak to carbon offset traders, they say we have certificates for 18 months left, so there is a demand. Factor in recent climate court rulings like the one of the German constitutional court and Shell in the Netherlands. Shell alone would deplete the world’s certificates for existing carbon offsets. But in this market, 96 percent of what’s traded is avoided emissions, only four percent is afforestation, which you could classify as removal, and it’s not even permanent. Comparing that to all the net-zero pledges - 68 percent of all the world’s economy have net-zero targets, plus a lot of countries – in these net zero scenarios you cannot trade avoided emissions. You either have emissions or you have a removal. In a very short time, it almost won’t matter how much direct air capture costs, because the shortage is on the supply side not on the demand side.

Although in many climate scenarios removal options fall from the sky once the price for carbon starts rising, in reality you need time to build up such an industry.

Say a company could clearly do more to avoid emissions, but instead finds it easier to buy carbon removal certificates from Climeworks – would that be okay?

Let me put it this way: It is super easy to tap into a big oil field and suck out the hydro carbons, burn them and blow the CO2 in the air. It is a lot harder and therefore expensive to take it back out again. All of these companies would be much better off to realise that – and I think they do – and reduce emissions wherever possible. For example, make alternative fuels from CO2 from the atmosphere and green hydrogen to replace fossil fuels. But there are some parts of industry where you cannot get rid of the emissions, for example when making aluminium where point capture of CO2 isn’t possible so it’s better to take it out of the air instead. There carbon removal is needed.

The current voluntary market for CO2 emission offsets is often considered as “greenwashing” and difficult to standardise – what kind of market for removed carbon would you like to see in the future?

We should split what is known as “CO2 offsets” into two markets. One is the offset market for trading avoided emissions. And the other is the carbon removal market. Offset markets need to die and will die at the net-zero point. At net-zero, there’s nothing more to offset. There’s only to emit or to remove. So that business model is already finite. Then you have to build platforms that only trade carbon removals, of which there are not yet many in the world. There’s going to be a commodity market for carbon removal in 15 to 20 years. It is likely going to start voluntary, then be a compliance and then become a commodity. For this market there will need to be standards and regulations and we need them to be very good, otherwise there will be a race to the bottom and the same greenwashing allegations like there are today over the voluntary offset market could happen which would of course damage much needed progress in this space.

When European politicians and researchers talk about carbon dioxide removal, they stress the mitigation hierarchy, i.e. CO2 emissions should be avoided first and, only where this is absolutely not possible, should they be removed from the atmosphere or at the source and be stored. What do you make of this approach and do you consider it a stumbling block for your future business model?

I would completely agree. That’s the whole moral hazard discussion “does carbon capture and carbon storage give the oil and gas industry a ticket to continue polluting”? The reality is, we will also need fossil point source capture (CCS) in addition to atmospheric carbon removal (CDR). For example, in a net-zero scenario you can’t make cement – at least economically – without CCS. And there’s an easy solution for the moral hazard: Split the net-zero goal into a reduction pathway – Germany is suggesting 95 percent which is very ambitious – and for the remaining five percent you scale up removal. This is the speed of thinking we need to have. Or to be on the safer side, a 95 percent reduction goal and 15 percent removal so that we have a 10 percent margin. I think this is the way to go and we don’t need a ten-year-long discussion for it. We need to start scaling this now – in addition to more aggressive emissions reductions. And although in many climate scenarios these removal options fall from the sky once the price for carbon starts rising, in reality you need time to build up such an industry. And this is our last chance to get it right.