The green and digital transition in the European Union will further widen the gap between major cities and high-tech regions on one side and rural areas and regions with CO2-intensive industry on the other. A report by German foundation Bertelsmann Stiftung – the main shareholder of media giant Bertelsmann – finds that inequality in the EU will remain, but that the bloc can better target financial support to rural areas to prevent the wealth gap from widening even further. “The green and digital transition will fundamentally change the economies of European regions,” the Bertelsmann Stiftung states. “However, these regions are prepared very differently for these opportunities and challenges. While the opportunities predominate for regions that are already economically strong today, weaker regions face additional challenges.” Existing economic imbalances in Europe will be further exacerbated by the green and digital twin transition and only tailored EU funding policy can mitigate the effect, it adds.

Southern and Eastern Europe, marked by economic stagnation and facing major challenges, will see their future economic potential further limited by the transition, the report notes. Germany, Austria, the Netherlands and northern Italy, on the other hand, have the best prospects of benefiting from the twin transition. In particular, regions with high-tech industry, coupled with low use of fossil fuels, have a great advantage, whereas agricultural areas with an already low per capita income lack the infrastructure and innovative companies that could benefit from the transition. In addition, not every region that will benefit from digitalisation is also well positioned for ecological transition, such as regions with heavy or chemical industries or cement production. 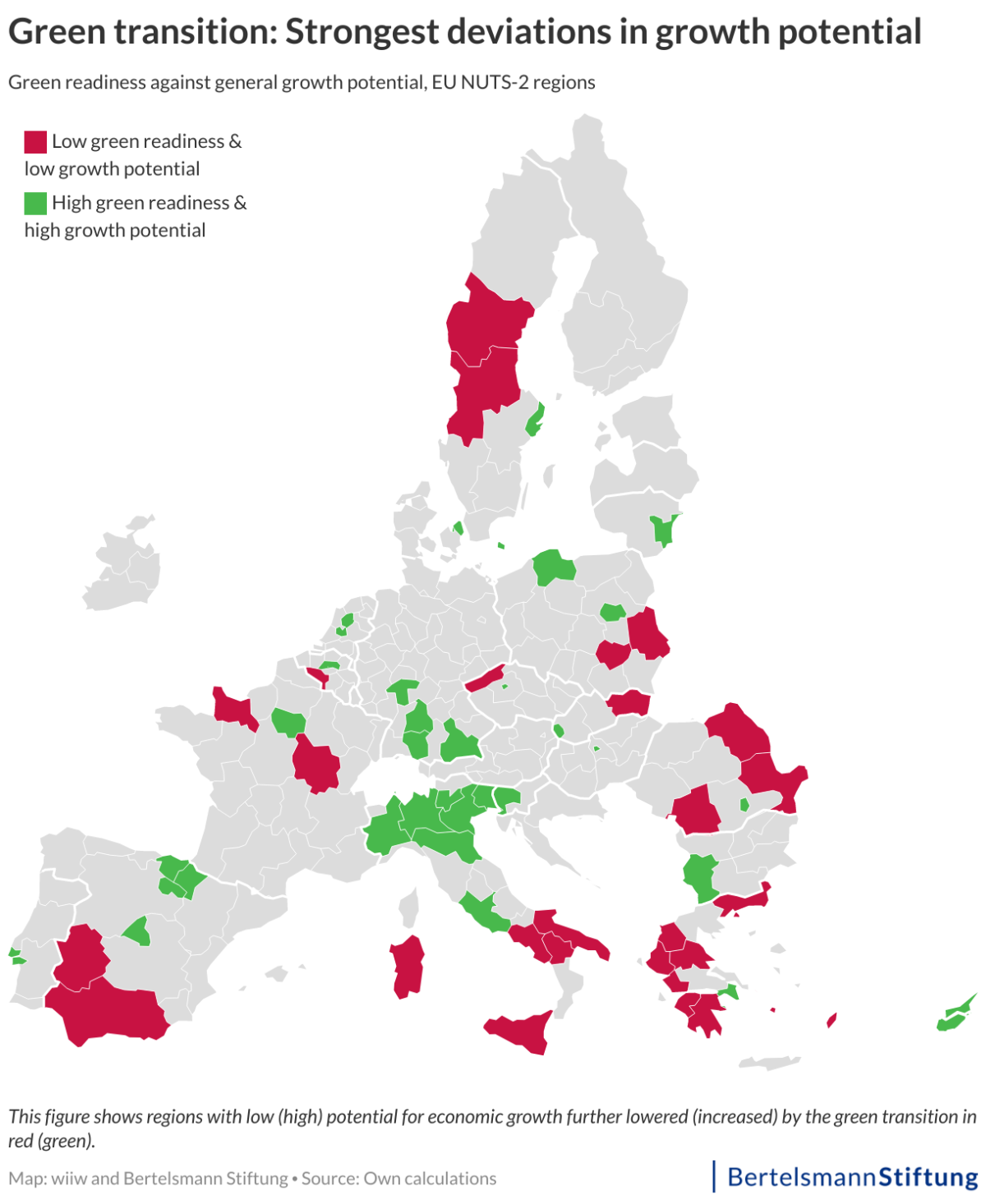