Factsheet
The energy sector is both enthralled and terrified by blockchain technology, an innovative and potentially revolutionary way to process transactions such as power trades or financial flows. Some proponents claim it is the death knell for energy providers, while others believe power companies can use this technology to their advantage. So what is all the hype about, and is it justified? This factsheet gives a short introduction to blockchain.

Blockchain is best known as the technology behind the cryptocurrency bitcoin, but its uses go well beyond the digital currency.

In a nutshell, blockchain enables the cheap, safe, and direct processing and recording of transactions, without the need for a trusted third party acting as a central mediator – such as a bank, a public authority, or a power supplier.

By dispensing with intermediaries, blockchain technology can lower the costs of transactions, such as a power trade among neighbours.

It could therefore enable a large number of applications in the energy sector, especially peer-to-peer deals on a small scale that have not been worthwile up to now because of high administration costs . Examples also include metering and billing; CO2 certificates; or e-mobility transactions.

Workshops, lectures, publications, and debates on blockchain have seemingly become an essential part of the industry’s numerous conferences.

The technology is already used in pilot projects in the energy sector. For example, grid operator Tennet and solar battery maker Sonnen have said they will use blockchain to hook up thousands of household batteries to balance out intermittent renewable power production in what they describe as “the first step into a new energy world”. 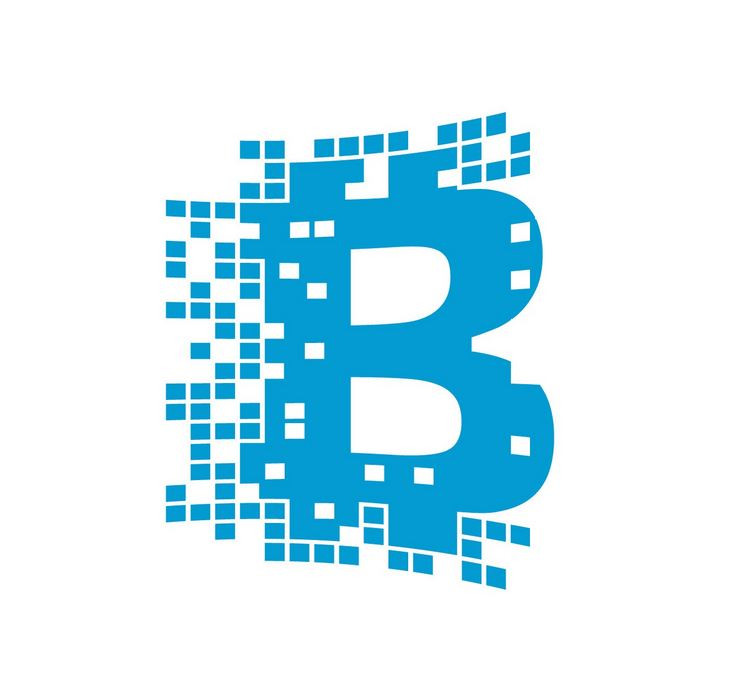 How does it work?

Put simply, blockchain is an electronic transaction-processing and record-keeping system. It allows all parties to track information through a secure network, with no need for third-party verification.

Blockchain bundles transactions into units of data ‘blocks’, and sends these to a network of computers for validation. Once verified, the new block is added to a ’block chain‘ of past transactions. 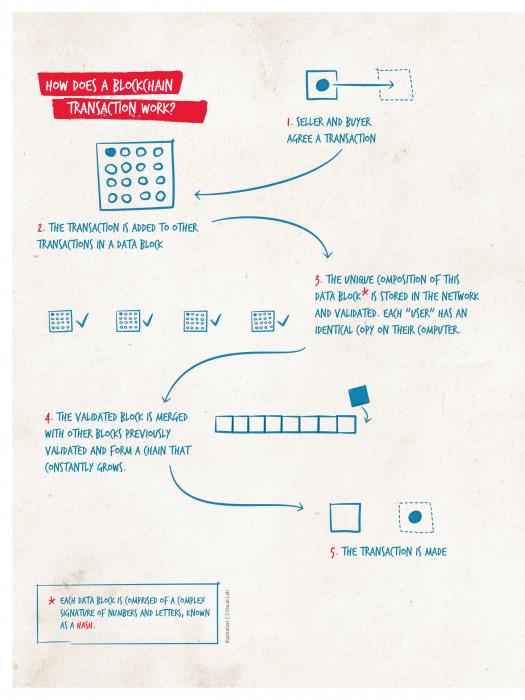 Comparable to a book of accounts, this system keeps track of who owns what, and when. This is a highly secure system because the registry of transactions is stored in a decentralised network on several computers. Any attempt to manipulate data on a single computer is recognised and rejected by the network.

No wonder the Economist has called blockchain a “machine for creating trust”.

“The blockchain lets people who have no particular confidence in each other collaborate without having to go through a neutral central authority. [...] In essence it is a shared, trusted, public ledger that everyone can inspect, but which no single user controls”, the magazine said.

Boon or bane for utilities?

Since utilities are the “neutral central authority” in many of today’s transactions involving energy, blockchain is a direct threat to their business. Blockchain enables consumers to initiate and conclude deals with each other, in so-called peer-to-peer transactions.

“In the process of digitalisation, utilities could become unnecessary as an intermediary and lose core business areas”, according to a blockchain analysis conducted by management consultancy PwC for a consumer advice centre.

“The simplified and direct sale enabled by blockchain can offer advantages especially for prosumers, who [both consume and] sell their own electricity. But even pure power or gas consumers could benefit if the technology makes entire authorities redundant, thus facilitating cheaper energy”, the analysis said.

However, experts warn that it would be premature to consider the flurry caused by blockchain technology among utilities a desperate - and futile - attempt at a pre-emptive strike. The technology can also work for their advantage, for example by improving their internal processes.

“The major possible applications across the electricity supply chain include process optimisation including networks and sales and trading platforms including wholesale trading as well as peer-to-peer”, according to EURELECTRIC, which has launched an expert platform to investigate the potential of this technology.

The association insists that there is a crucial difference between blockchain’s disruptive potential in the energy sector and in other sectors, such as financial services, where it is already widely used.

“The difference between disruption in the energy and other sectors is that in the energy industry there is always a physical commodity and a physical infrastructure underneath each transaction. The blockchain technology also competes with existing solutions and has to prove its attractiveness to users in different applications,” according to EURELECTRIC.

“Possibly it will enter the market from the other end, because utilities themselves will introduce such systems to reduce their transaction costs”, she argues.

More than half of German energy executives surveyed by the German Energy Agency (dena) said they have already experimented with blockchain or plan to do so. "21 percent consider blockchain a game changer for the energy supply industry."

The survey also revealed some reservations about blockchain's spread in the industry. "Especially in markets where digital solutions already exist, the technology will have to compete with fairly efficient processes. By contrast, nascent markets, such as public charging and billing transactions for electric vehicles, offer possibilities of the blockchain to become the dominant design." 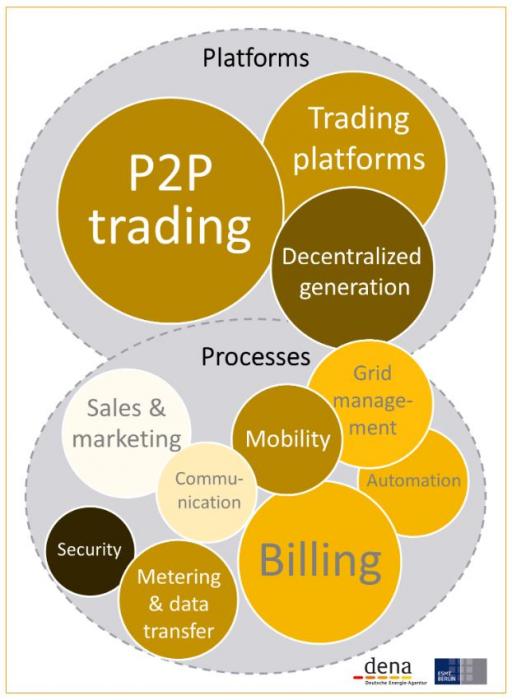 Robert Spanheimer, energy expert at digital industry association bitkom, also doubts whether consumers will migrate to peer-to-peer blockchain platforms because they do not trust utilities or grid operators.

“People still have basic trust in a reliable power supply. Therefore, an already tightly regulated grid operator might be a good choice if it’s only a question of finding a reliable middleman to organise local power exchange. An autonomous and decentralised data storage system might not be required. Experience will simply have to show which model works best”, Spanheimer says.

He also points out that the enormous computing power required to run blockchain systems puts a big question mark over their use in the energy transition process.

“Firstly, some blockchain technologies are not energy efficient at all, because they consume a lot of power. Secondly, in the case of bitcoins, the capacity of transactions per hour is much too low to handle the huge number of transactions required for the Energiewende”, according to Spanheimer. 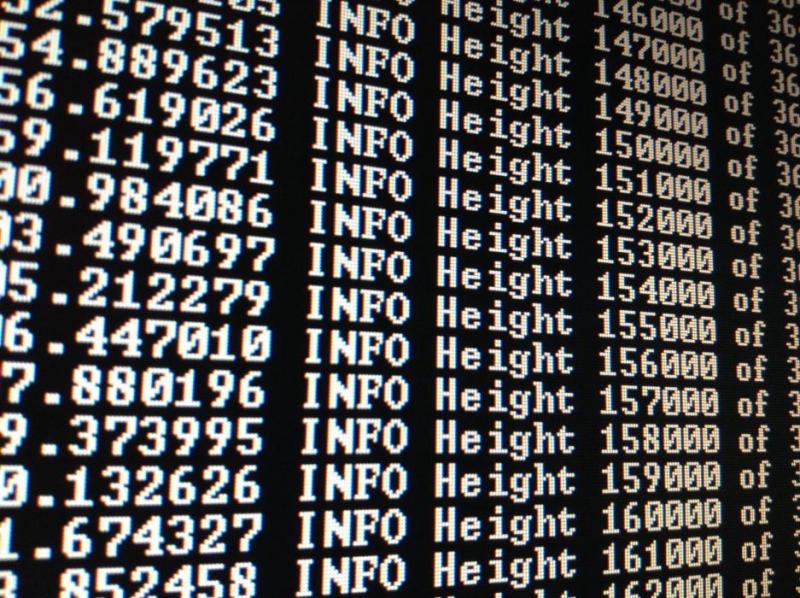 Point of no return

Blockchain technology also involves security concerns and risks. The absence of a central authority raises questions of liability in case of system failure. Such failures can be particularly serious when they affect the security of power supply.

“Data protection and data sovereignty are a major issue. Encrypted data saved in a decentralised system are difficult to manipulate. But  they are stored in many places, and are therefore accessible in principle”, the consumer advice centre explains.

“Legitimate users can irretrievably lose access to all their data and, if applicable, to their credit, if they forget their login credentials. Also, if users make a mistake in a transaction, a correction is impossible”.

It will likely be some time before hundreds of thousands of smart appliances, batteries, and solar arrays can trade power between each other.

But Fabian Reetz of Stiftung Neue Verantwortung says the energy sector has already reached the “point of no return”.

“The blockchain has cast its spell on a sufficient number of important players, and its momentum created by countless initiatives is unstoppable”, he says.