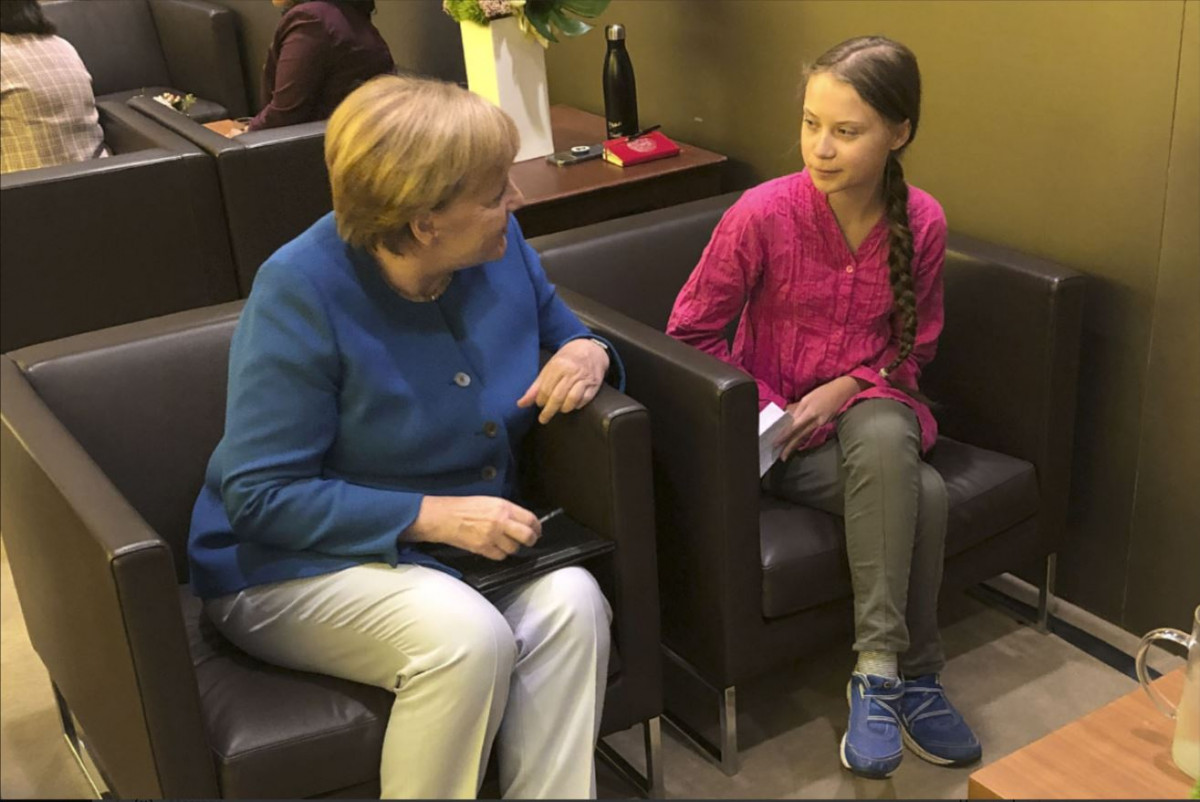 Greta Thunberg and fellow activists have met German Chancellor Angela Merkel to exchange views on the fight against climate change. The campaigners said the 90 minute meeting's atmosphere was friendly, but also added that "we look at the situation from different perspectives." Merkel's spokesman said the EU's goal of climate neutrality by 2050, as well as a more ambitious 2030 reduction target, were the key issues debated during the meeting.

Greta Thunberg and other youth climate activists have called on Chancellor Angela Merkel to review her government's treatment of the fossil fuel industry and "abandon valid contracts and deals" whenever necessary to ensure compliance with the Paris Climate Agreement. Asked during a press conference following the meeting what kind of "system change" she and her fellow activists refer to when making the case for a more climate-friendly economy, Thunberg said reconsidering existing plans for fossil fuel production was key, as these would already far exceed the volumes allowed until 2030 in a Paris-compliant scenario.

Together with fellow activists Luisa Neubauer, Anuna de Wever and Adelaide Charlier, the 17-year old Swedish campaigner met Merkel for a 90-minute talk at her Berlin office to hand the chancellor an open letter signed by about 125,000 people, in which they especially call upon the European Union to step up its emissions reduction efforts and "treat the climate- and ecological emergency like an emergency."

Thunberg said the activists were looking to find leaders who "prioritise the future over the past" and argued that the letter merely describes "the very minimum" of what needs to be done to keep global warming below 1.5 degrees Celsius.

German activist Luisa Neubauer described the meeting's atmosphere as friendly and thanked Merkel for taking time to listen to the young campaigners, but added that "we need action more than nice words" to tackle the immense challenge ahead. "We ask for nothing more than implementing the Paris Agreement," Neubauer said. She added that trade mechanisms, carbon pricing and the EU's 2030 emissions reduction targets were among the topics discussed with Merkel, saying that "it became clear that we look at the situation from different perspectives." The four activists said that despite the restrictions imposed by the coronavirus pandemic, they call upon all of their supporters to join a global climate strike on 25 September.

Merkel's spokesman confirmed that the EU's goal of climate neutrality by 2050 as well as a tighter 2030 reduction goal were the key issues debated during the meeting. "Both sides agree that global warming is a global challenge that comes with a special responsibility for industrialised states to overcome it," Steffen Seibert said. "A rigorous implementation of the Paris Agreement is the basis for that," he added.

The meeting on 20 August took place exactly two years after Thunberg held her first school strike for climate action in Sweden alone, marking the beginning of an international student movement that would evolve to draw millions of people to the streets about one year later. "I guess we celebrate the two year anniversary – although we're not the kind of people who spend time on celebrating," Thunberg said. The protests initiated by the Swedish activist found many supporters in Germany especially, with Merkel conceding in 2019 that the Fridays for Future movement had compelled the government to intensify its efforts to make Germany's economy carbon-neutral.

Merkel meeting with Thunberg must be more than symbolic act - activists