Factsheet
Bioenergy has played a major role in the Energiewende to date, not just contributing to renewable power, but in heating too. This factsheet details the facts and figures of bioenergy development in Germany, how much it costs consumers, and the wider economic benefits from services provided to the sector.

The bio energy sector for power and heat production in Germany includes four different types of biomass use. 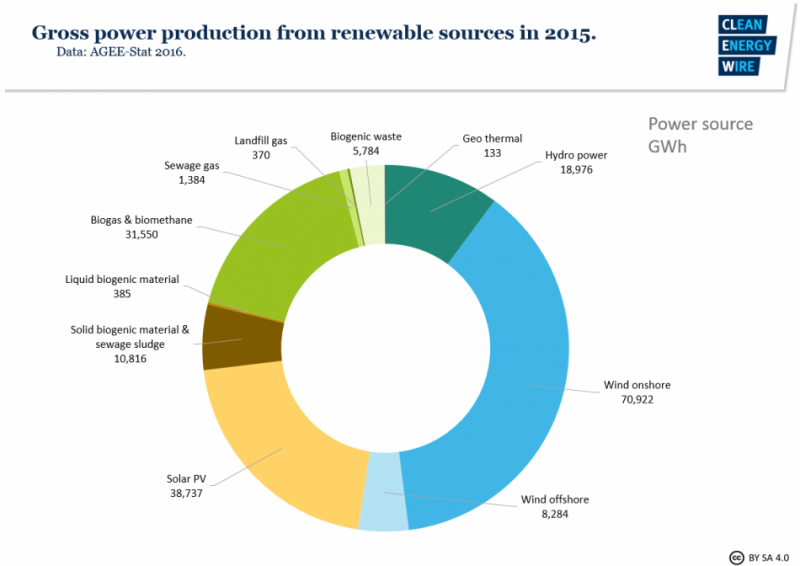 Power and heat production from bioenergy

In 2015 around 50 terawatt-hours (TWh) of electricity was generated from bioenergy (total gross power production in Germany was 645.6 TWh, of which 187 TWh was from renewable sources). The largest share of bioenergy (30.1 TWh, ca. 62%) was produced from the 8,900 biogas plants, followed by solid biomass like wood (11 TWh) and biogenic waste (5.8 TWh).

Renewables covered 31.6 percent of Germany’s gross power consumption in 2015. Of all renewables, bioenergy had the second largest share (8.5%), after wind power (13.3 %), and followed by solar PV (6.5%). Biogas and biomethane contributed 5.3 percent.

Since 2000, power production from biomass has grown tenfold in Germany.

In the biogas sector most additions were made in 2009 and 2011, with development dwindling thereafter. (See figures below). 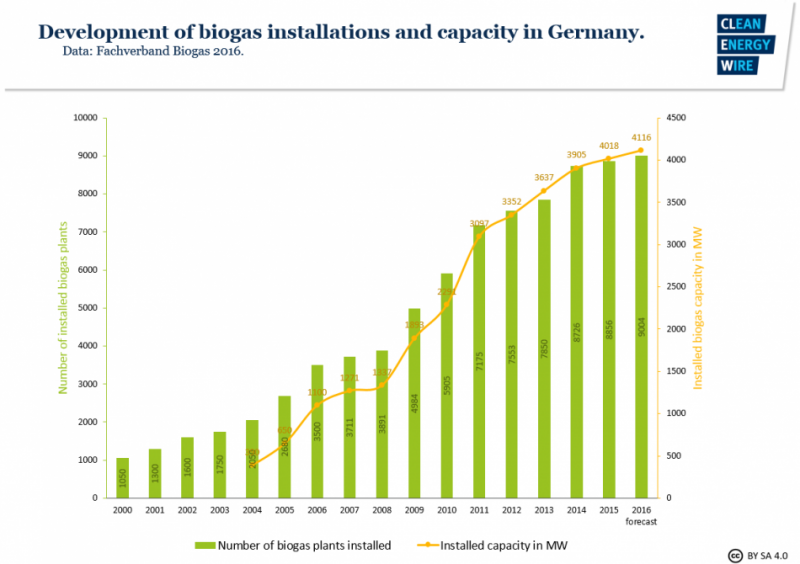 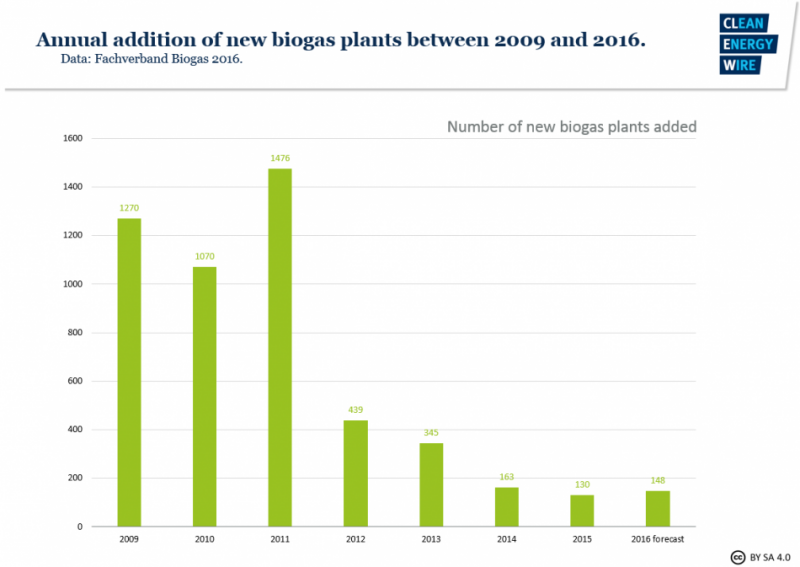 Biomass installations received the second largest share of feed-in tariffs payable on German power prices in 2015. Of the 6.17 cents per kilowatt-hour paid by consumers in renewable levies, 2.66 cents went to solar PV installations, 1.57 cents to biomass plants and 1.17 cents to onshore wind turbines.

Payments for electricity to bioenergy producers under the Renewable Energy Act amounted to 6.2 billion euros in 2015, the German Association of Energy and Water Industries (BDEW) estimates, compared to 4.6 billion to onshore wind and 10.6 billion to PV installations. 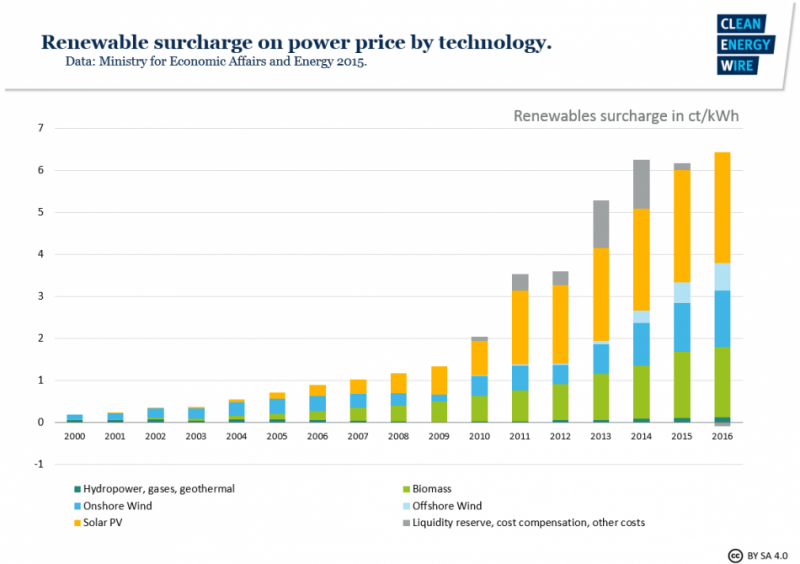 With the 2014 reform of the Renewable Energy Act, support for traditional biogas plants was significantly reduced, leading to a decline in newly installed facilities. Small manure-based biogas plants and those using biogenic waste for biogas production are exempt from the cut in funding, as the government wants to promote them over the use of energy crops.

New installations run with liquid biomass have not received feed-in tariffs since 2012.

The Ministry for Economic Affairs and Energy also publishes data on economic stimuli from the operation of renewable energy plants. This includes the turnover of companies providing services and fuel to renewable installations. In 2015 the economic stimuli from renewable energy plants amounted to 14.7 billion euros. Of that, 9.9 billion euros was generated in the bioenergy sector (4.5 billion by electricity-generating and 2.9 billion by heat-generating facilities, 2.5 billion for biofuels). 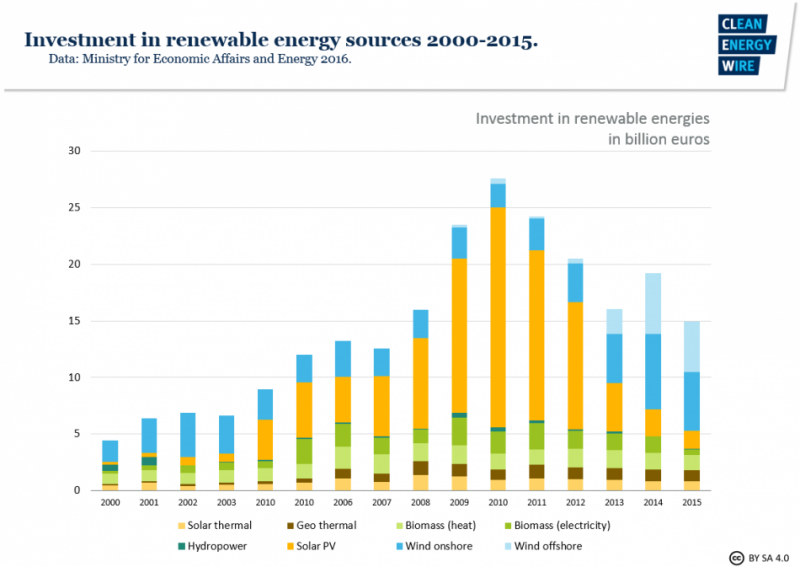 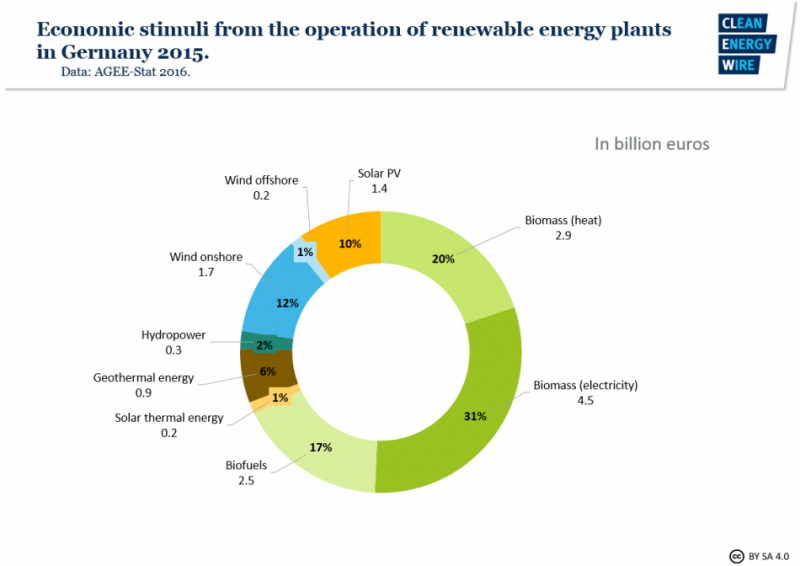 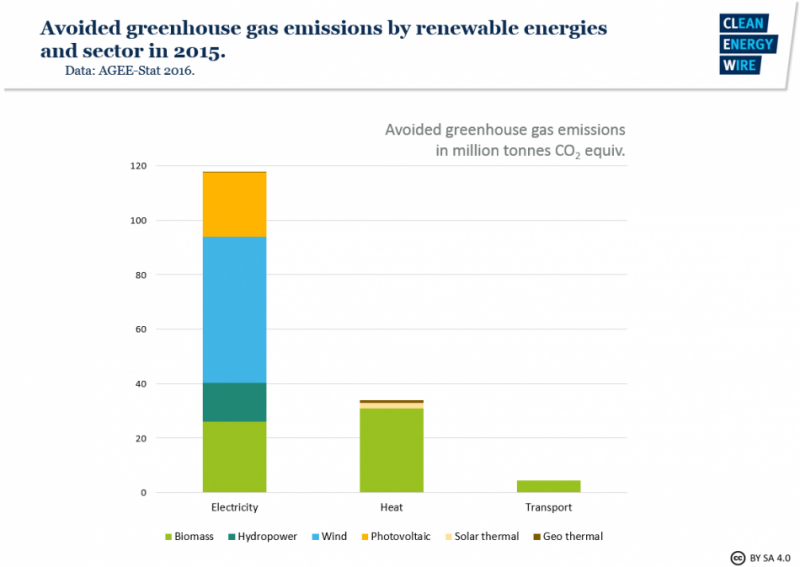