Factsheet
Nicknamed the “cradle of the Energiewende” by its own government, Germany’s northernmost state Schleswig-Holstein embodies some of the most pressing challenges and solutions to the country’s energy turnaround. This factsheet provides a few key facts on Schleswig-Holstein, its electricity generation mix and the election results. [Updates final 2017 results, government] 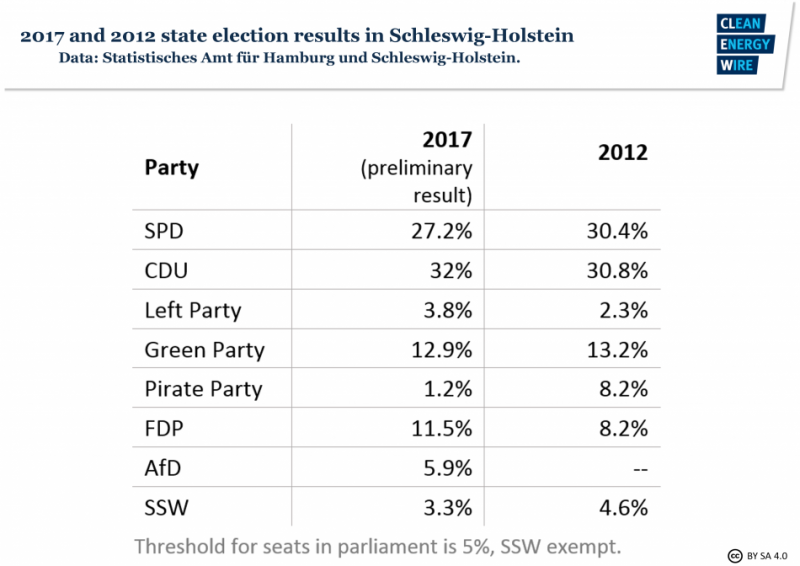 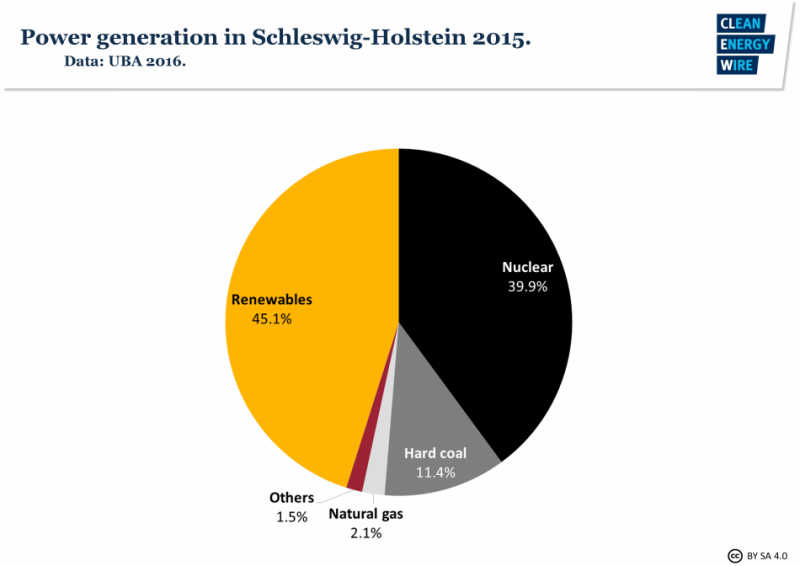 Schleswig-Holstein's government in 2016 introduced an Energiewende and Climate Protection Law, which was approved by state parliament in early 2017. Much like the federal government’s Climate Action Plan 2050 it includes emission reduction targets and sets goals for the amount of electricity produced from renewable sources.

In 2015, consumers paid about 300 million euros in compensation with their power bills to renewables facility operators in Schleswig-Holstein, whose production was throttled when the grid could not cope with the high amounts of power. In 2016, this decreased to about 266 million euros – partly due to successful grid expansion, but also because of improvements in grid management and because 2016 saw comparatively weak winds.