The number of newly registered electric cars in Germany tripled in 2020 compared to the year before, the Federal Motor Transport Authority (KBA) reported. Despite the significant drop in car sales of about 20 percent due to the coronavirus pandemic, the number of registrations of purely electric cars totaled around 194,000, compared to about 64,000 the previous year. “E-mobility has entered the mainstream of mobile society,” said KBA president Richard Damm. Now 13.5 percent of all newly registered passenger cars in Germany only have an electric drive. "If the registration trend of vehicles with electric drives continues at around 22 percent, as in the last quarter of 2020, the target formulated by the German government of seven to ten million registered electric vehicles in Germany by 2030 can be achieved,” said Damm. All alternative drives (battery electric, hybrid, plug-in, hydrogen fuel cell, gas hydrogen) combined made up around a quarter of new registrations, the KBA writes. A total of 1.2 percent of cars registered in Germany now have an electric drive (0.5% in 2019). In December 2020, the share of new purely electric cars reached an all-time high of 14 percent (43,671 cars).

The take-up of electric vehicles has been slow in Germany compared to many other markets. But thanks to new government incentives, registrations have picked up sharply in recent months. In November 2020, the registration of pure electric cars in Germany rose six-fold compared to the previous year, with a record number of almost 30,000 new registrations that month. Germany has been struggling to lower emissions in the transport sector, which have remained broadly stable for decades as gains from more efficient engines have been eaten up by heavier cars. 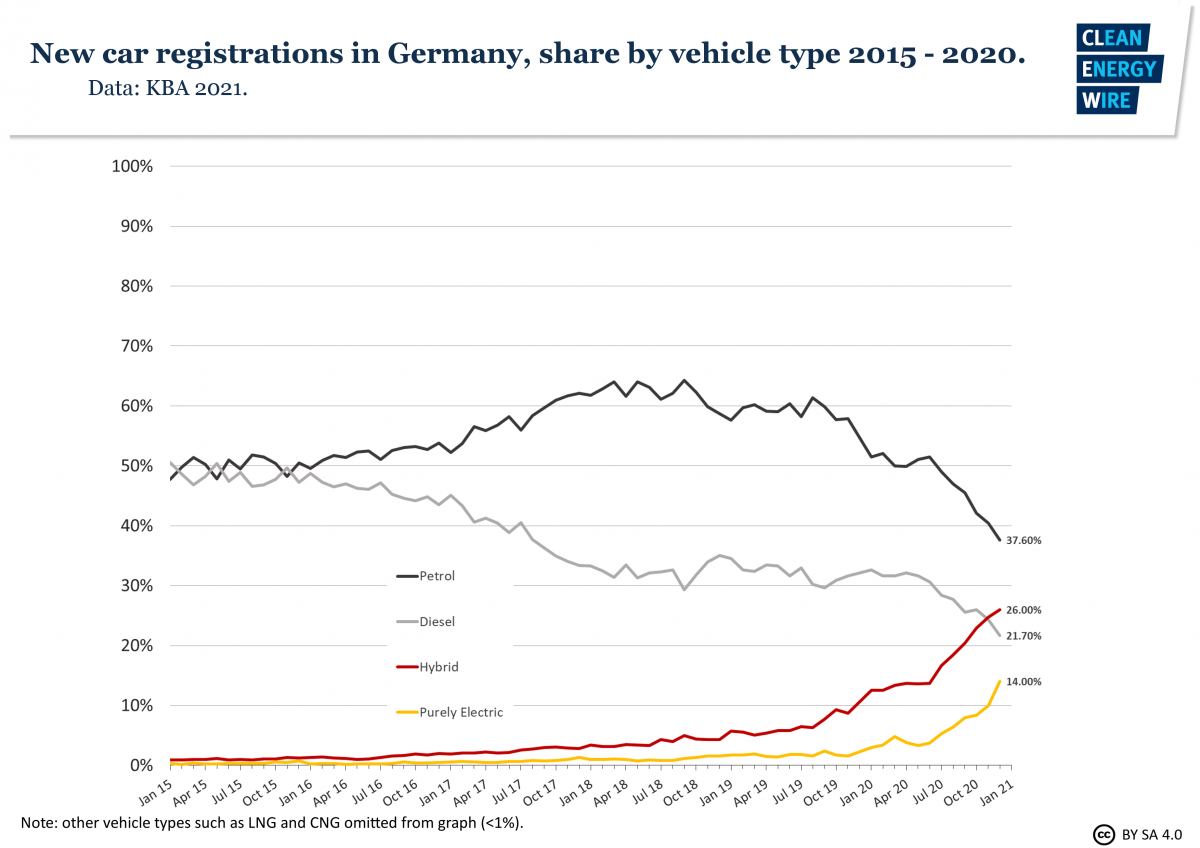