“All countries face same challenges, but some simply tackle them” - Green MP 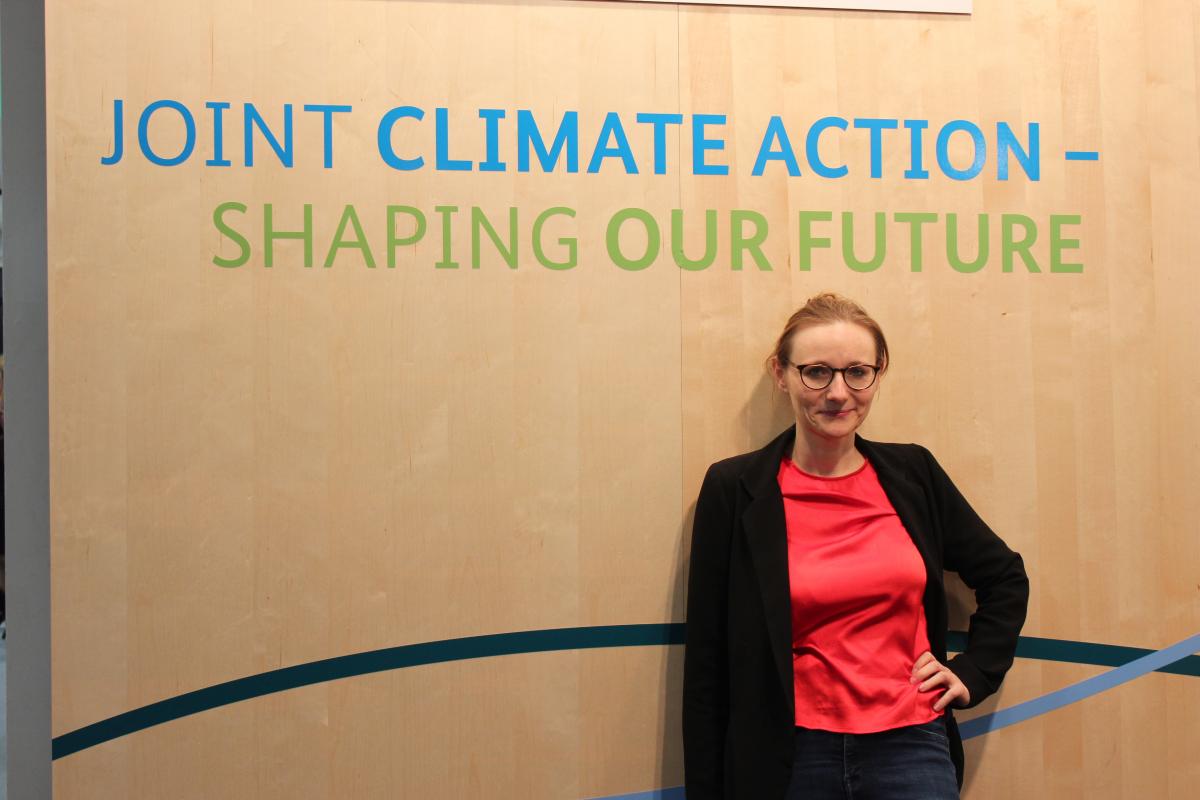 The global community is closely watching Germany’s lagging domestic climate action, which certainly does not help the country’s credibility in international negotiations, says Lisa Badum, climate policy spokesperson of the Greens' group in the German federal parliament. Clean Energy Wire spoke with Badum at the sidelines of the UN climate change conference COP24 in Katowice, Poland. According to the politician, the yellow-vest protests in France should not be used as a pretext to avoid a German debate on CO₂ pricing, as the situation in both countries is very different.

Clean Energy Wire: You are a member of the Bundestag, but not of the government. What is your role here at the climate conference?

Lisa Badum: Climate protection is not only a task for the government, but also one in which parliamentarians should participate. On the one hand, we are here to control the government and comment on what is happening. How do we, the opposition, see what is being announced here by the federal government? Parliamentary control is important – also at this conference.
On the other hand, we want to send a signal to the country representatives and NGOs here at the COP that there is not only the opinion of the federal government, but also that of parliamentarians who are working on the issue. We have other messages and possibilities to move things forward - especially at a time when Germany is going to the COP with a rather disastrous domestic climate balance.
It would have been important for other states that are also working on structural economic change had Germany arrived at the COP with a result in the coal commission. The Canadians told us that the Powering Past Coal Alliance would have been pleased if Germany had been ready to participate during this COP. For them and others it’s good to know that they have allies in us.

So you are primarily looking for an exchange with international partners here at the conference?

The impulses from other countries are incredibly important for us, because the German government is not making any progress with some key energy policy projects. Of course, it is also important for us to be able to say back home: The Netherlands is much further along, Canada has introduced a federal CO₂ pricing system, and to be able to talk of all the other positive reinforcing examples that we can pass on to the German government.
With regard to the coal exit and the effects on the mining regions, the German government is afraid of creating social distortions. Everyone faces these same challenges, but other countries are simply tackling them. Or let's take the CO₂ price: yes, social justice is an important point that has to be taken into account. So let's see what experience other countries have had from which we can learn.

The German government has so far pushed this issue far away from itself. It refers to the coalition agreement, in which a national CO₂ price is not mentioned. Do you believe that the protests in France will make the discussion about CO₂ pricing in Germany even more difficult?

It can hardly get any more difficult, as economy minister [Peter] Altmaier has been refusing any discussion for months. Some German media have written that the protests in France are not a good signal for CO₂ pricing in Germany and that they worry the government. I think that is a pretext. Everyone knows that the situation in France is quite different: pensions were cut, the president had little support overall, and it was more about the general social situation, about people not seeing a future for themselves. Also, in general the protest culture is quite different from ours. If you take a closer look at which of the protesters are only concerned with the issue of CO₂ prices, there will be very few of them. One cannot compare the situation in the two countries. Also, almost everyone who demands a CO₂ price emphasises that there must be no social distortions and that people have to see the possible benefits.

The federal government likely planned with at least a partial result from the coal commission when arriving in Katowice. As we know, this has not worked out, yet environment minister Svenja Schulze says her government did not come empty-handed. She cites the coal exit commission process as the German interpretation of a ‘just transition’, and the forthcoming climate action law. Do you share her view?

First and foremost, these are just announcements. Not a single tonne of CO₂ has been saved by announcements alone. Ms Schulze has come empty-handed. Mr Müller has brought a little something with him as far as financial commitments for the Green Climate Fund or the Adaptation Fund are concerned.

Of course I grant the government that it takes time to get measures under way. What I do not think is good is that it’s blocking issues where decision-making is needed now. It’s okay to say that it will take longer to get climate protection legislation off the ground, but it’s not okay to block higher CO₂ limit values at the EU level.

Are you concerned about Germany's credibility in international climate negotiations? Is it suffering from what the government is not getting done at home?

My impression is that everyone here sees the delays in Germany, which of course does not enhance credibility. The Polish Green Party tells us that when they put the coal phase-out on the agenda, many are quick to say, 'Yes, but Germany doesn’t do it either'. They could argue much better, of course, if Germany already had a result.
In addition, countries that had previously shown a clear commitment within the EU for more ambitious targets no longer dare to do so because there is no support from Germany. It is clear to everyone that we are no longer climate pioneers. There have been great successes in the past, but we are now at a problematic point.

In Katowice, negotiations are now at a crucial stage. What must happen in the talks for COP24 to be a success?

I have heard that the issue of human rights is being neglected in the negotiations, which I think is wrong. Let’s take for example the deforestation of the rainforest and the rights of indigenous people, then this does have something to do with the climate crisis. That would be an issue which we Greens would emphasise more than others.
In the dispute over transparency between industrialised and developing countries, I find the EU line very good: there is a certain transitional period of flexibility in which developing countries do not have the same reporting obligations and must be supported. But there must be a moment when everything is comparable. If we cannot measure who has achieved what, if states take double and triple credit for greenhouse gas reductions, then the whole thing is worthless.
On the subject of climate financing, the developing countries say that without secure financing, they cannot make commitments for years to come, while the industrialised countries do not want to make any long-term commitments. The environment ministry has told us that the German budget is drawn up anew every year and that it is therefore impossible to make any long-term statements. That is not true, because there are other longer-term items in the budget. Without a certain commitment, we will not get the developing countries on board.
What’s not okay is the attempt by individual states to acquire a special role, such as Turkey. The great challenge for negotiators will be to keep the international community together on this issue.