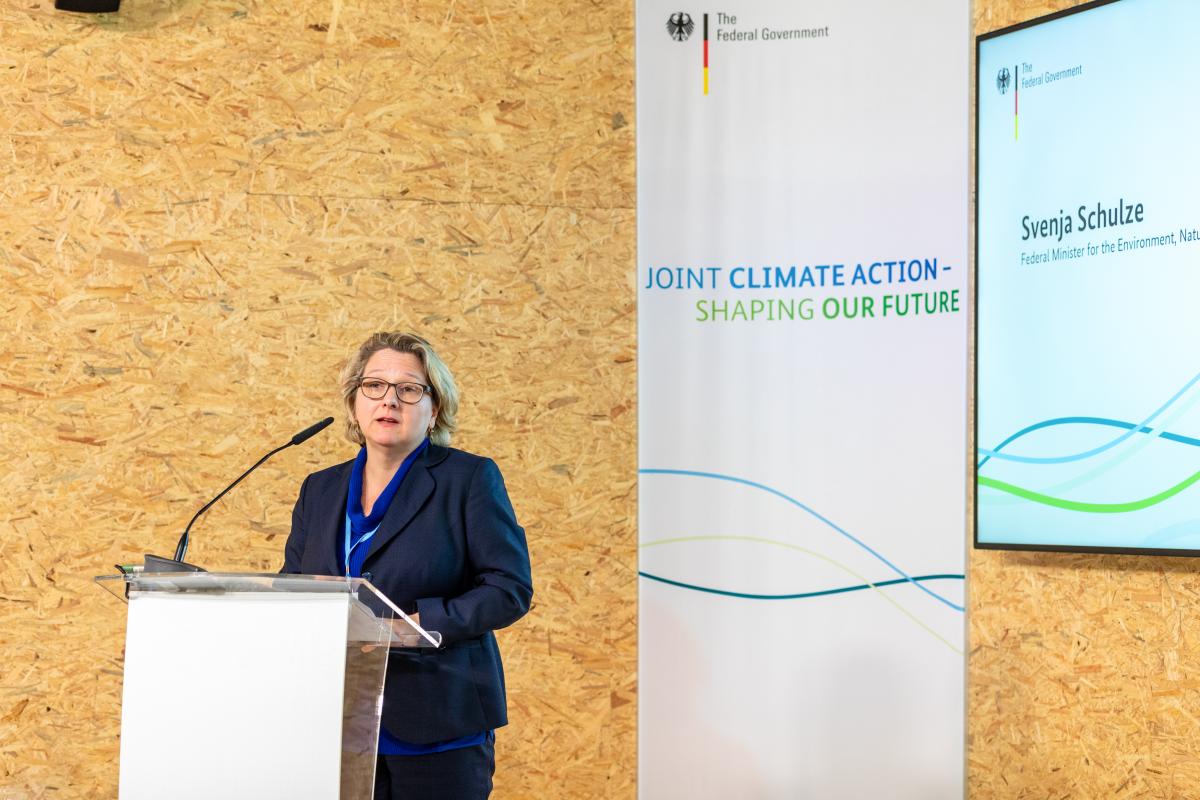 “It’s in the coalition treaty: we have to have a climate action law in 2019," said German environment minister Svenja Schulze at the 24th UN climate change conference in Poland. Photo: BMU/Andreas Ennenbach 2018.

Delays in the work of the commissions charged with providing pathways to a coal exit and the mobility transition are threatening the German government's climate policy timetable. However, environment minister Svenja Schulze told Clean Energy Wire on the sidelines of the world climate conference COP24 in Katowice that the government will deliver on its promise to make the country's climate targets legally binding and pass a climate action law in 2019.

The ministry wants a draft of the climate action law – which is supposed to make the 2030 emission reduction targets for the individual sectors legally binding – to be debated by relevant ministries in February 2019, and the federal cabinet to approve it before Easter.

Accompanying this law, the environment ministry aims to introduce a programme of measures to reach the targets. Originally, other ministries were supposed to deliver proposals for their individual sectors by the end of 2018.

However, the National Platform Future of Mobility – the advisory panel to clean up the sector according to national climate targets – has said it will not deliver its results until March 2019, a spokesperson from the environment ministry told Clean Energy Wire. The transport ministry wants to take the results of this task force into account for its own proposals. Therefore, the transport ministry will only publish its proposals once the advisors have delivered, said the spokesperson.

German environment minister Svenja Schulze said every ministry had to make its contribution to the climate action law, and the government had agreed in its coalition treaty to present it in 2019. “It has to be set in motion before the summer holidays,” said Schulze. “I cannot imagine that this federal government can afford not to do so. That is beyond my imagination,” she told Clean Energy Wire.

“We must not be held back by those who are slowest,” she added. The mobility task force had been set up very late, but they had to deliver now, said the minister. “It’s in the coalition treaty: we have to have a climate action law in 2019. If some lag behind, they lag behind. But we must set it in motion now.”