Germany’s current boom in residential solar batteries has profound effects on the Energiewende (energy transition), says Kai-Philipp Kairies, director of technical consulting at RWTH Aachen University, one of Germany’s largest technical universities. Batteries can make expensive grid extensions unnecessary, but will also eat into utilities' power sales, argues Kairies, who headed the RWTH’s large stationary battery research division until the end of last year, before spending half a year as a guest lecturer at the University of California in Los Angeles (UCLA). He also told the Clean Energy Wire it's not worth holding your breath for a quantum leap in battery technology. 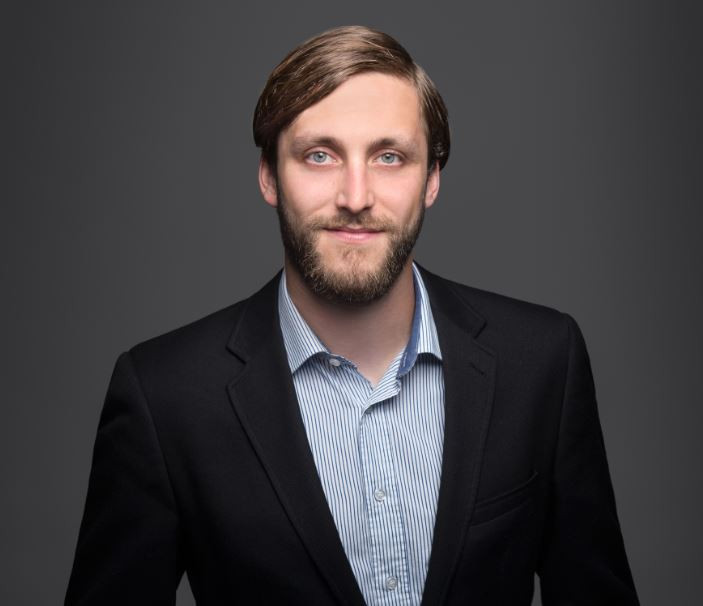 Clean Energy Wire: Residential storage is taking off in Germany. This week, the country crosses the threshold of 100,000 solar batteries. How do you account for this boom?

Kairies: Lithium-ion (Li-ion) batteries have only been on the market since the 1990s. The technology was mainly driven by the consumer electronics market. Modern smart phones and tablets are unthinkable without them. The technical progress and price drop in batteries has been immense thanks to this massive market, which has opened the door to new applications. Residential solar battery storage was a niche market a mere five years ago. It was the preserve of some idealistic tinkerers who hooked up lead batteries in their garage because they didn’t want to be dependent on ‘evil nuclear energy companies’. Today, one in two residential PV systems is sold in conjunction with a battery in Germany. In Bavaria, it’s even 9 in 10 – presumably because the region is quite wealthy and because there is a stronger desire for autarky.

Have prices fallen enough to run a solar battery profitably?

PV systems have been a popular financial investment in Germany for many years and are still offering attractive returns. Adding a battery increases the system costs for the sake of lower electricity bills. However, most battery systems do not increase the profitability of the overall system, even in favorable conditions. If you assume a long battery lifetime of 15 years, a good capacity fit, and take into account public financial incentives, you might arrive at zero costs for the battery in a best case scenario. In most cases, adding a battery reduces profitability – from, say, seven percent for a standalone PV system to around three percent for a PV system plus battery.

Our extensive monitoring process has shown that a general interest in technology and a desire to personally contribute to the energy transition are the most common motivations to buy a solar battery – it’s not primarily about savings. An additional factor for the rapid growth has been the sluggish PV market over the past years. A specialised solar electrician can double his sales by selling a battery in conjunction with solar panels, so many have pushed batteries to make up for the drop in solar PV orders. For many, storage has become essential for survival in this extremely regulation-driven market.

What will be the main effects of the rapid adoption of solar batteries on Germany’s energy transition?

Home storage battery systems lower the system costs of the energy transition because they reduce the feed-in of solar power into the grid. Too many solar panels in one particular area also push up grid costs because they all generate power at exactly the same time, which can require very expensive upgrades to the grid. Batteries – paid for by individuals rather than the public – smooth out these generation peaks, which means you can install up to twice as many solar systems in a given grid infrastructure.

But this development is very bad news for companies in the business of selling power. Households with battery storage reach an average autarky level of around 70 percent. So instead of one client, utilities only have 0.3 clients left. If households continue to opt for storage, many utilities will be in trouble, given that the retail business is characterised by high fixed costs. Municipal utilities especially are dependent on clients who don’t care too much about the power price, or who have stayed loyal for idealistic reasons. Unfortunately for the companies, it’s exactly these core clients who are now buying home storage.

Some large utilities like EnBW – which bought battery maker Senec this year - now sell home storage themselves for the simple reason that they can’t afford to lose these core clients. There are two arguments for utilities to get involved. Number one: Storage is sexy, which is important for brand building and also makes it easier to get credit for smaller utilities. Second: Storage is being bought by people whom companies love to count among their clients. They’re usually wealthy and idealistic, which also implies you can often sell them other things on top, such as a relatively expensive regional renewable power contract. They are also likely to be among the first adopters of electric cars, which will push up their power consumption in the future, and they might even want to buy a wall box to charge their vehicle, and so on.

Do we neglect other options to make the power system more flexible because of the battery hype?

There is a structural neglect of flexibility options in Germany, because the government refuses to overhaul the taxes on different forms of energy. That’s at least grossly negligent because everybody knows that sector coupling simply won’t work as long as costs differ by a factor of 4 or 5 between electricity, heat, and gas. Currently, retail consumers pay around 30 cents per kWh for electricity, but only around 6 cents for gas or heat. From a technical perspective, it’s easy to transform one form of energy into another. But regulation makes it economically impossible because you lose a large part of the value if you use electricity to make gas, for example. High electricity prices are a serious barrier for the electrification of other sectors.

We will always need a mix of different flexibility options to integrate renewables into the system. This could be additional powerlines, it could be throttling down renewable generation – which is often the cheapest option, even if some people find it hard to accept that throwing away power can be much cheaper than building another powerline. Storage is a further option, and here the question arises whether we want to store it short-term in a battery or long-term using power-to-gas. Making demand more flexible is also an option, but I believe we shouldn’t overestimate the potential. It works for a highly automated aluminium smelter like Trimet, which has created a “virtual battery”, but not for the average Mittelstand [small or medium-sized] company battling with many other problems.

Storage is always competing with many other flexibility options, which are usually cheaper. For example, grid extensions are almost always cheaper than storage, and often also the better solution from a technical perspective, but we can’t build grids anywhere we want. If we spend 20 years battling a grid extension in court, it’s possible that total project costs will exceed the price of storage – to the despair of engineers who want to build what makes technical sense. But this is how the world works.

Would you dare a forecast on how storage will develop in Germany until 2050?

That will largely depend on policy. As I mentioned earlier, future taxes and fees will be decisive. The high power price is a strong incentive to build battery storage today. A significant drop in power prices might be good for the integration of other sectors, but it might also kill the home storage market. A few relatively minor policy changes in the power market could make the market disappear. It will be a policy balancing act – on the one hand, we must enable sector coupling, but on the other, we don’t want to destroy an entire industry overnight. Alternatively, the introduction of flexible power prices depending on supply could be a boost for the home battery market.

An additional market driver for home storage systems will be the expiry of the first guaranteed EEG feed-in tariffs in the early 2020s. These PV systems will then probably receive less than three cents per kWh for their electricity fed into the grid, which makes the local storage of solar power a very attractive proposition even at today's storage prices.

What do you make of regular media headlines announcing a forthcoming quantum leap in capacities with solid-state batteries that could double the range of electric cars?

Headlines about new super batteries have been around for at least ten years, and hardly a week goes by without them. It’s mostly about little-known companies or research institutes that want to take advantage of the battery hype to get research money.

Batteries have to fulfil a whole range of critical criteria: price, energy density, life expectancy, security, fast charging capability, thermal stability, and others. Almost every time you read a sensational claim, the battery has been optimised to excel in a single criterion, but it’s totally unsuitable for practical applications. It might be possible to fully charge a battery prototype within seconds – but you might only be able to do that five times, because it’s broken afterwards. But results like that get published and there are always grateful journalists jumping onto the story.

Basically, we’re only seeing iterative progress, from one battery generation to the next two years later. Solid-state batteries are plagued by a whole number of problems, which means serial production is still a long way off. Perhaps in ten years’ time – who knows.

But let’s not forget that the current form of Li-ion batteries has shaped many existing industries and occupies the market. A new breakthrough technology would require entirely new supply chains and adjustments in all applications. That’s a major hurdle. Many technologies exist which are better than what is established on the market – but it’s simply established, period. Don’t underestimate the market's inertia.