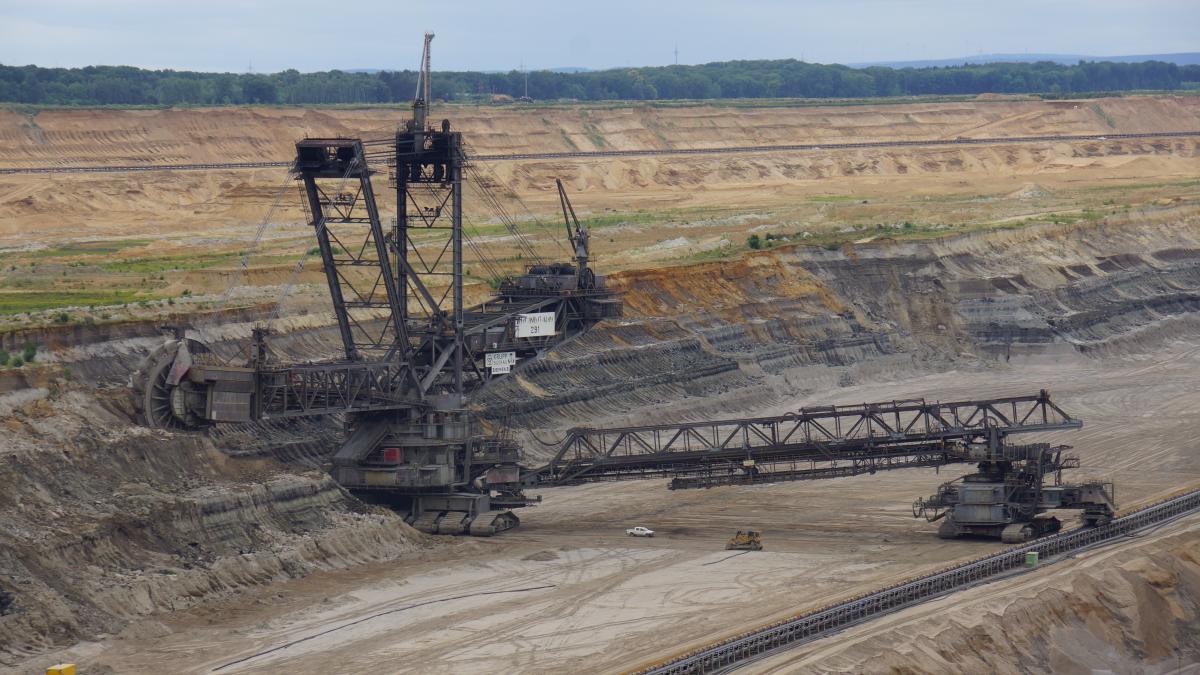 Most of Hambach Forest has already been cut down to make way for the nearby lignite mine. Photo: CLEW

The expansion of a lignite mine that threatens a nearby forest has become a first touchstone of the German coal exit commission’s robustness. But despite fears that the row over the embattled Hambach Forest could gravely impede the commission’s ability to find a consensus on the future use of coal in Germany, the body’s fourth general meeting on Wednesday could see progress in terms of climate action as a new government assessment increases the pressure to reduce carbon emissions from coal.

The row over the expansion of a lignite mine and the clearing of a nearby forest continues to put a strain on Germany’s coal exit commission, which will convene for the fourth time on Wednesday to discuss the strategies for and implications of phasing out the fossil power source. The commission’s leadership last week said that it would not give any recommendation in the debate over the embattled Hambach Forest, but the situation at Germany’s largest open-pit lignite mine splits the commission into factions.

Commentators fear that the quarrel between environmentalists and energy company RWE could make finding compromise on coal more difficult, even though participants of the last meeting told the Clean Energy Wire that the talks had been otherwise productive.

Six commission members on Monday expressed their support for environmental activists occupying the Hambach Forest by joining protesters on site. Clashes between protesters and the police had flared over the weekend, when activists reportedly threw stones and other objects at the site in federal state North Rhine-Westphalia (NRW).

The commission members said they “sharply condemn” any violent protests in the forest and reiterated a call on the federal government “to pull its weight and change RWE’s mind”. Members did not rule out leaving the commission if the clearing of the forest begins in October as scheduled.

Mining labour union IG BCE announced it would hold a rally in front of the commission's assembly venue in Berlin on Wednesday to protest the violence in the Hambacher Forst. 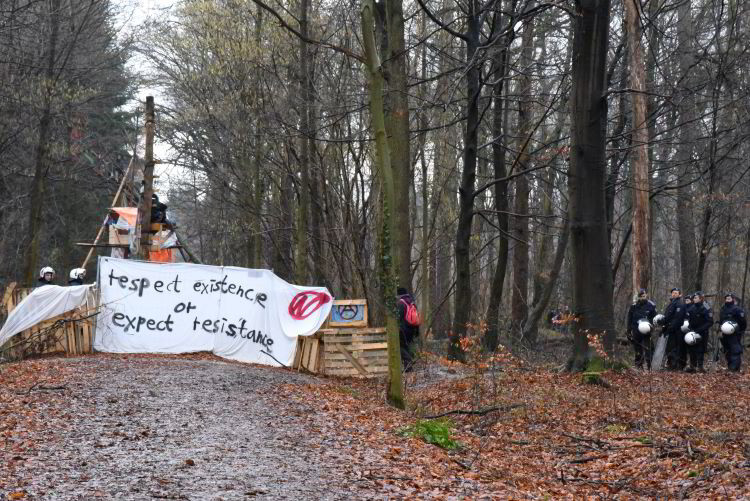 Federal environment minister Svenja Schulze also condemned the violence, calling on “lignite-opponents and possible advocates to refrain from any form of attack”. However, Schulze also supported an expansion moratorium, saying that otherwise a consensus in the commission was hard to achieve. Mine operator RWE addressed Schulze and economy and energy minister Peter Altmaier in a letter and called for decoupling the activities in Hambach from the general debate about climate protection, stressing the supply security argument for continuing the forest clearing.

But Dirk Jansen, NRW head of environmental organisation BUND, argued that resuming logging activities at this stage was not necessary for keeping power supply stable. “Twelve tonnes out of 39 tonnes of annual production don’t even go into power production,” but rather are used for “refined” products like coal briquettes, Jansen said in a guest article on energiezukunft.de.

The organisation said that in order to meet EU environmental protection standards, at least 976 hectares of the forest should have been protected. The group has also filed a lawsuit aimed at halting mine expansion, which it already achieved for a one-year-period in 2017. Jansen said an expert's report on the mine's epxansion provided to NRW's government by RWE would "not survive an independent review."

Commission member Reiner Priggen, Green Party politician and head of the Renewable Energy Association in NRW, struck a more conciliatory tone in an interview with public broadcaster Deutschlandfunk. “Nobody here in the commission believes that we can end coal-fired power production in the next three, four or five years,” Priggen said. “This is not about a sudden coal exit, the necessary procedures take much too long for that. But it’s also clear that we cannot wait until 2045 and exploit everything that we theoretically could until then.”

Ahead of the previous meeting, the German Institute for Economic Research (DIW) said that while Germany’s 2020 emissions reduction is practically out of reach, the 2030 goal could still be achieved through a quick coal exit especially in NRW, the most populous federal state. However, NRW state premier Armin Laschet, a member of Chancellor Angela Merkel’s conservative party CDU, called demands for a rapid coal exit “irrational” and told newspaper Handelsblatt in an interview “what’s most important now is to first give an answer to the question how supply security at affordable prices can be guaranteed, especially for energy-intensive industries”.

According to newspaper Die Welt, the commission’s fourth meeting will be focussed on supply security. Representatives of the European Commission, of the Federal Network Agency (BNetzA) and of transmission grid operators are invited as guests to share their perspectives.

Despite the attention-grabbing dispute over the mine extension, some members described the last meeting as productive and taking place in an amicable atmosphere. Participants told the Clean Energy Wire that new government calculation of coal’s share in reducing emissions from the energy sector by 2030 surprised commission members.

While the energy minister’s position so far had envisaged halving coal’s CO2 output by the target year, a new analysis now suggested a far more ambitious reduction in order to comply with the Paris Climate Agreement, they said. However, the government did not specify the trajectory that could lead to the emissions reduction goal – a key to identifying plants that need to be shut down first.