The number of cars in Germany has risen to a record high, illustrating the obstacles the country faces on the way to sustainable mobility. “Car density has risen continuously in the past ten years," according to statistics office Destatis. “There were 580 passenger cars per 1,000 inhabitants in 2021, which is a record high.” It added that one reason for the increase is a “trend among private households towards a second or third car.” In comparison, in 2012 the country counted 517 cars per 1,000 inhabitants. The total number of cars registered in Germany climbed to 48.5 million at the start of this year, also a record. While the share of purely electric cars in new registrations rose to 13.6 percent in the period from January to July this year, their share of all cars on the road only amounted to 1.3 percent.

There are large regional differences between car densities within Germany. In the Western state of Saarland there were 658 cars per 1,000 inhabitants, while in the capital Berlin that number was just 337. Among EU member states, there are seven countries with even higher car density – the top three in early 2021 were Luxembourg (682), Italy (670), and Poland (664). The countries with the lowest density were Romania (379), Latvia (390) and Hungary (403).

Transport is lagging behind other sectors in both Germany’s and the EU’s energy transition. While the shift to electric cars is seen as a fundamental building block of future low-emission mobility, experts say the total number of cars must also decrease considerably to ease congestion and make space for other forms of mobility and road use. 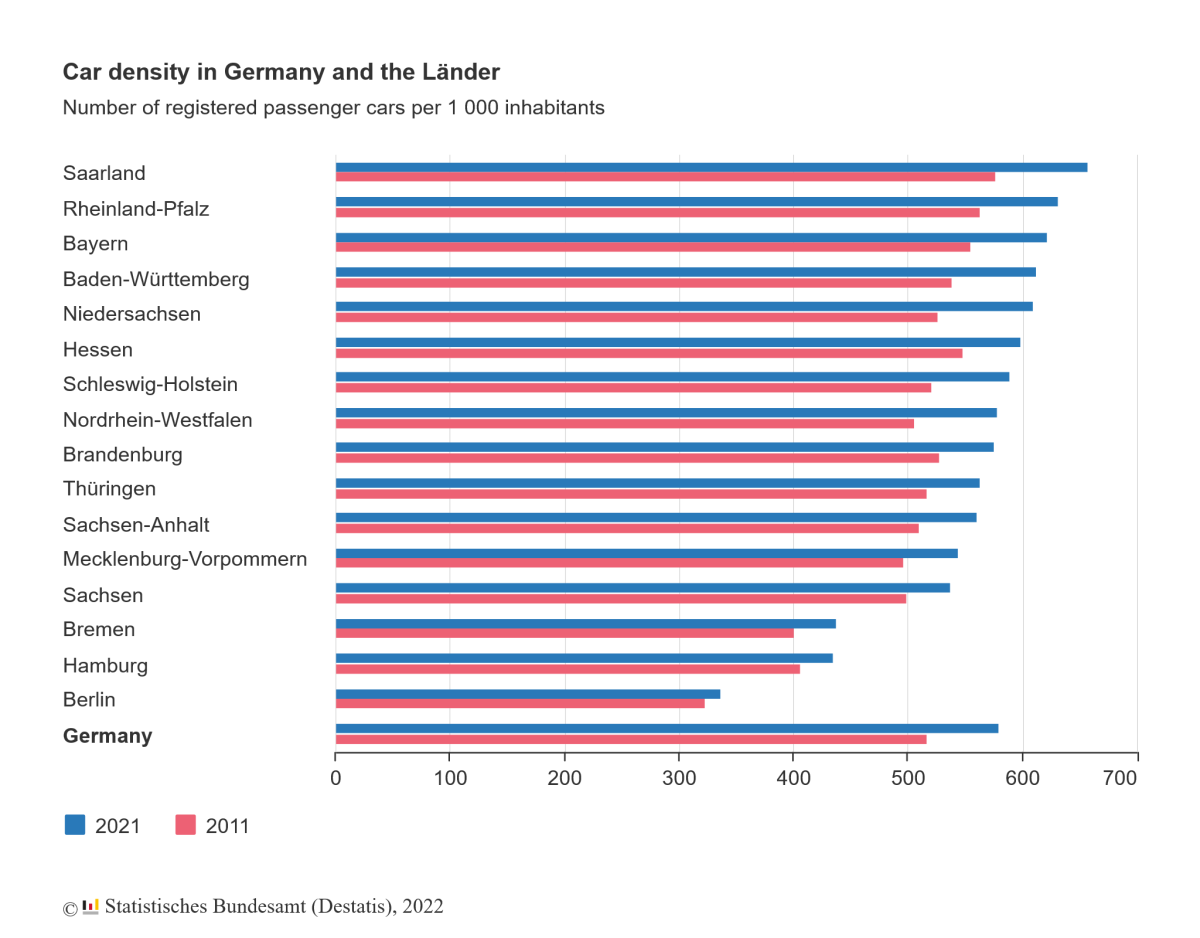