Europe could cover more than 37 percent of its electricity demand with wind power turbines by the end of the next decade, an analysis by Wind Europe says. The industry association has modelled three different scenarios for wind power investment levels and policy conditions, in which  the highest scenario for the development of the renewable energy source forecasts nearly 400 gigawatt (GW) of installed capacity by 2030. This corresponds to more than 350 billion euros in investments both on- and offshore and an achievement of the EU’s 35 percent renewable energy target by that time, Wind Europe’s report says. The lowest scenario, on the other hand, anticipates around 250 GW of wind power installed by 2030, roughly corresponding to 150 billion euros in investments and a 22 percent renewables share of EU power supply.  In the central scenario, wind power covers close to 30 percent of Europe's power supply with 323 GW, 85 of which come from the largest wind power country Germany. 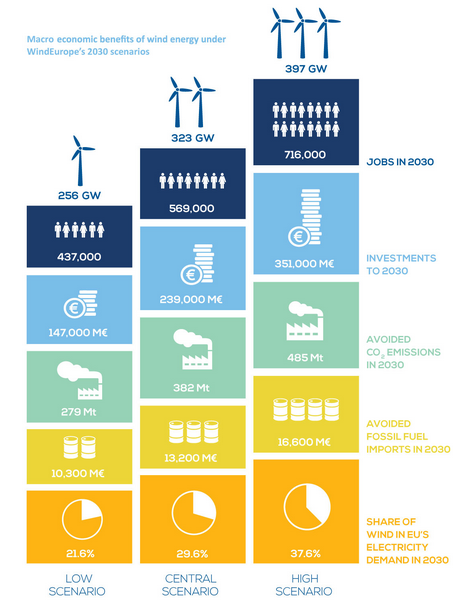