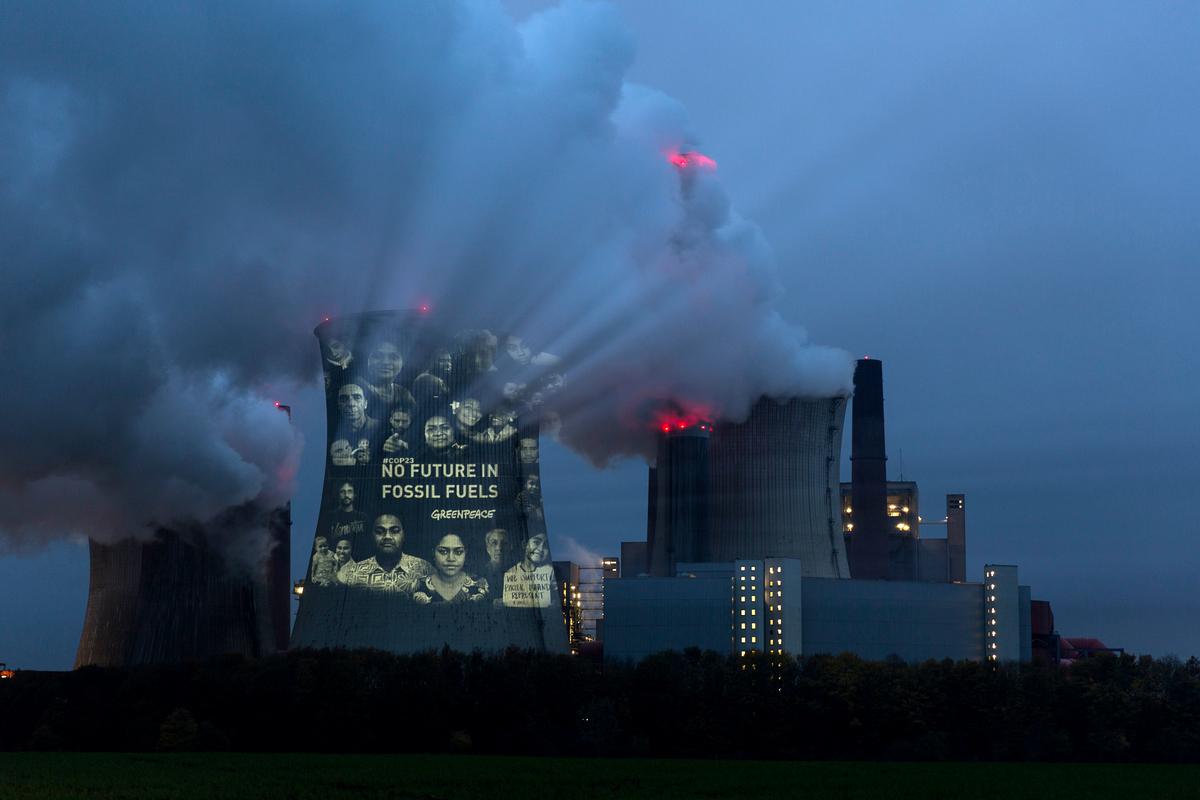 Talks at COP23 have so far been tough, but not tough enough to be worried about, Jan Kowalzig, climate policy advisor at Oxfam Germany, told the Clean Energy Wire. “The usual positions and conflicts are emerging, but that’s part of the game”, he said.

As the first week of negotiations is drawing to an end, pre-2020 action, the facilitative (Talanoa) dialogue, and transparency in the Paris rulebook have proven to be the most contentious issues in Bonn.

Emerging nations have pushed the topic of pre-2020 action, i.e. immediate climate mitigation efforts that should be undertaken in particular by industrialised countries that are obliged to combat climate change under the Kyoto Protocol.

“This has been a concern with emerging nations for years. They reason that industrialised countries have to make decarbonisation commitments first”, Kowalzig said. If this were not the case, and after 2020 all countries join in the climate change mitigation effort, the whole world would clean up the mess that the industrialised countries created. Meanwhile, the EU and US are pointing out that pre-2020 action is already discussed in several other agenda items and the Bonn schedule is busy as it is.

EU head negotiator Elina Bardram told the press that there wasn’t a disagreement between developing and developed nations about the importance of early action in general but that “we should be mindful where to discuss the issue” so as not to compromise the technical work on the Paris rulebook.

While emerging and developing nations agreed on 6 November that the issue would be handled in informal consultations, moderated by Fiji and Morocco, they have kept pushing for it to become an official agenda item. A decision on this is expected on 11 November.

Germany’s State Secretary Jochen Flasbarth warned earlier this week that pre-2020 ambitions would become “charged items” once they are added to the agenda.

The talks on the Paris rulebook and the future shape and content of the nationally determined contributions (NDCs) have also exposed several old fault lines. Industrialised countries would like to see a common format for all NDCs, while developing nations point to the provisions on differentiation in the Paris Agreement, and argue for different rules depending on level of development.

Developing nations have also brought up the future of the Adaptation Fund again, calling for it to be transferred from the Kyoto to the Paris climate regime. But, again, industrialised countries are not ready to play ball, Kowalzig explained. Germany in particular is committed to the fund, and has replenished it with 50 million euros earlier this week. At the same time, it still sticks with the EU line that the future of the fund will have to be discussed next year.

This issue has highlighted the difficulties the EU sometimes has to face in its capacity as a negotiator, Kowalzig said. “The EU is always quite constructive in technical negotiations, but it has trouble acting politically because the negotiators have to represent such a diverse set of opinions.” While some EU member states are not eager to make the Adaptation Fund part of the Paris Agreement, others would be more flexible, he said.

"No jobs on a dead planet" - trade unions

The trade unions active in the G7 countries have confirmed their support for international climate action, as published originally in Bologna this year.

“Pulling out of the Paris climate agreement or from ambitious climate pathways equals abandoning a cleaner future powered by good jobs “, their statement reads. "We all know, there are no jobs on a dead planet," it says.

The trade unions call for a “just transition” that doesn’t leave behind those “millions of workers and families [who] still depend on a fossil fuel-based economy for their jobs and livelihoods”. Stefan Körzell, member of the federal managing board of the German Trade Union Association (DGB), said that long-term targets for energy and climate would have to be connected with employment policy targets.

Speaking at the Agriculture Action Day in Bonn, Germany’s Federal Minister of Food and Agriculture, Christian Schmidt, said that agriculture was key for the sustainability of rural areas. “Its potential to offer climate change solutions is enormous”, he said.

The United Nations Food and Agriculture Organisation (FAO) has published a Sourcebook on Climate-Smart Agriculture. The organisation estimates that the livestock sector’s emissions could relatively easily be reduced by about 30 percent, simply through the adoption of best practices.

Germany’s agriculture sector has not much to show for climate action. Its greenhouse gas emissions have stagnated at around 65 million tonnes of CO2 equivalent per year for the past 20 years.

Under the 2016 Climate Action Plan 2050, Germany’s long-term plan for a carbon-neutral economy, farmers are obliged to cut emissions by about a third by 2030, compared to 1990 levels. By 2030, 20 percent of all agricultural land “should be used for organic farming”, the plan says. In 2014, organic agriculture accounted for 6.3 percent.

Greenpeace activists and people from the Pacific region have held a demonstration at Germany’s largest brown coal power plant, just 50 kilometres away Bonn. They projected the message “No future in fossil fuels” onto the cooling towers of the Neurath plant, which emits 32 million tonnes of CO2 annually. “If Chancellor Merkel doesn’t stick to her own climate action promises, she will disappoint the hope that millions of people who are under threat from climate change have pinned on the Paris Agreement”, said Greenpeace climate expert Karsten Smid.

Read a factsheet about coal in Germany and why the country hasn’t ditched it here.

Meanwhile, the German government has revealed that climate change is also taking a toll on this year’s host of the climate summit – Bonn - and the whole of Germany. Between 1881 and 2013, average temperature increased by 1.2°C; winters became wetter; and since 1951 the average number of days with temperatures exceeding 30°C has increased from three to eight per year. By the middle of this century, scientists anticipate another 0.5°C temperature increase, even wetter winters, and drier summers, and up to ten days with a maximum temperature of over 30°C.

North-Rhine Westphalia (NRW), the state where Bonn is located, is the most populous German state with eight million people. With climate change, cities in NRW are prone to more and longer heat-waves.

Germany has an adaptation strategy (DAS), which lists 140 measures to combat the adverse effects of climate change. 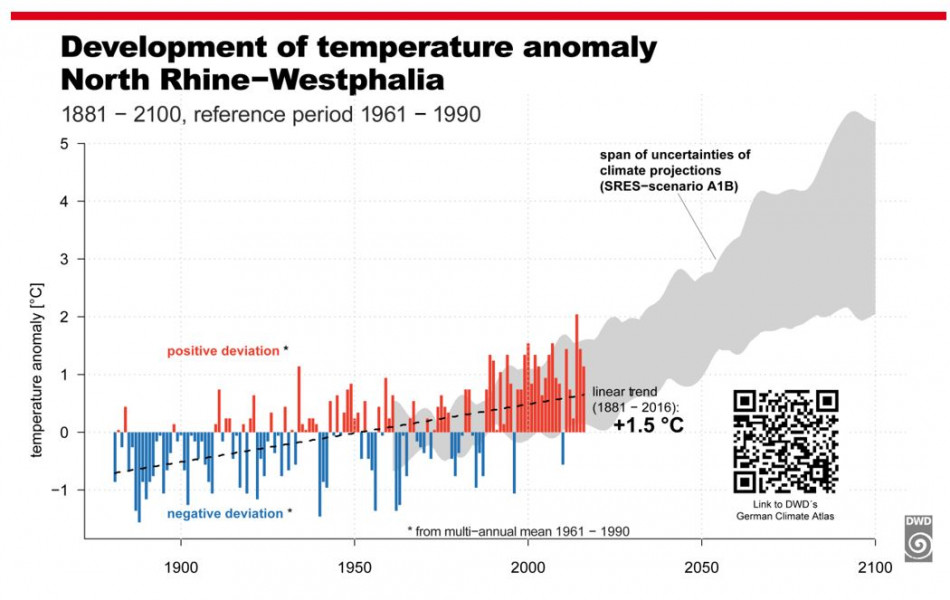 Against the backdrop of the COP23 climate conference in Bonn, Clean Energy Wire invited journalists, journalism and media networks, communication scientists, policymakers and journalism funders to discuss what global energy transition reporting should look like and how to make it happen.

The work of journalists was extremely important in helping people understand “what climate change is about, what the solutions might be, and what the political actors are doing,” German state secretary Jochen Flasbarth told participants in a video message.

The complexity of the topic of climate protection was one of the main challenges that journalists faced, with its various scientific, economic and social layers. While natural disasters like extreme weather events often catch the attention of the media, it is difficult to understand which events are climate change-driven.

With an abundance of information available on a variety of platforms, and a lack of trust in the media, one of the main tasks that journalists have is to qualify existing data, tell fact from fiction, and present the relevant news to the world. “Your work is needed now more than ever,” said Flasbarth.