Average German wholesale electricity prices fell almost nine percent to 28.96 euros per megawatt-hour last year, according to a power market review by grid operator TenneT. Redispatch volumes fell for the first time since 2013, due to a decrease in wind power and improvements in grid infrastructure. Price differences between Germany, Belgium, France, and the Netherlands were reduced in 2016, according to the analysis. 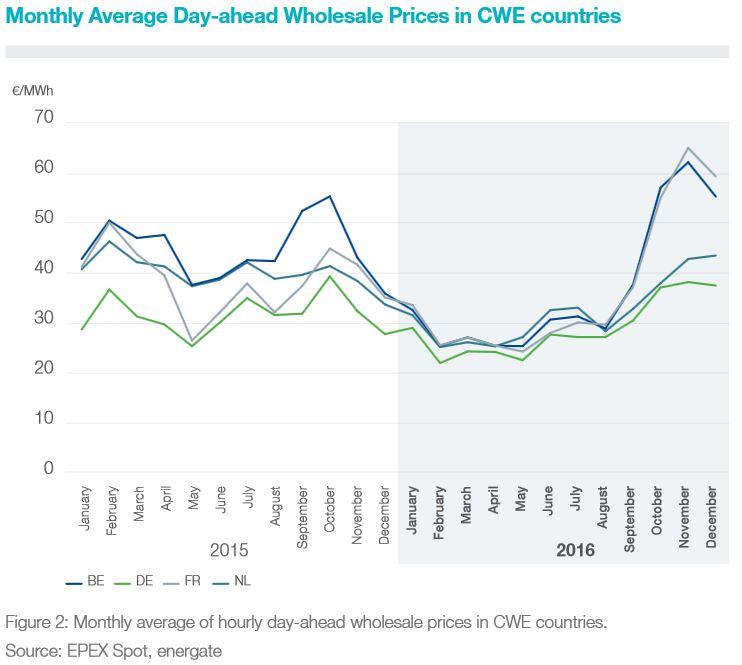