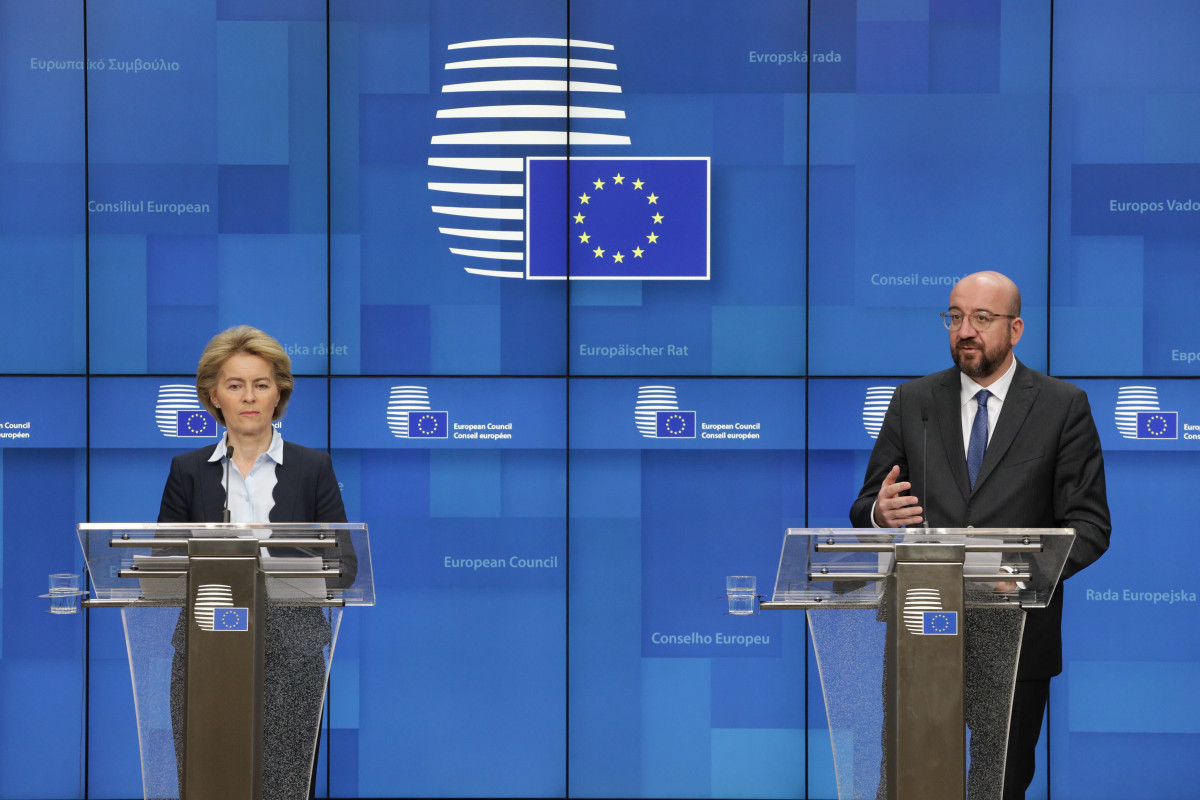 Foundations are calling on the EU to use any economic stimulus enacted in response to the coronavirus to accelerate the transition to a green economy. The global climate crisis cannot be ignored even as governments focus on the health crisis, said Laurence Tubiana of the European Climate Foundation. Her comments were echoed in an open letter to EU officials from a consortium of foundations in German-speaking countries, which called on the EU to speed up the implementation of the European Green Deal.

As European governments race to prepare economic rescue plans in the face of the coronavirus pandemic, they should use the European Green Deal as a road map for where and how to target investments, Laurence Tubiana, head of the European Climate Foundation* and an architect of the Paris Climate Agreement, told reporters in a press briefing Wednesday. “We can’t ignore the actual climate crisis because we have the priority of dealing with the health crisis," she said.

“We can absolutely address this short-term economic crisis, at the same time making the right choices that don’t lock in the economy of Europe to the fossil fuel economy,” Tubiana said. She pointed out that industries like aviation and auto manufacturing will likely need government support, and said that support should come with requirements that airlines, for instance, cut emissions and carmakers invest more in electric vehicles. If governments do not use stimulus funding to invest in a green economy, it will represent a wasted opportunity, Tubiana said, adding that it will likely be harder to fund climate policy after the crisis, when budgets are tighter. “In my view, that would be a terrible mistake,” Tubiana said. “In a way, we have done that mistake in 2009 already, as a response to the financial crisis.”

Tubiana also said she doubts the EU and China can reach a full climate deal by September, when Germany is supposed to host an EU-China summit. The coronavirus pandemic has interrupted planned negotiations. But she said that with both the EU-China summit and the COP26 UN climate conference in November potentially up in the air, European climate diplomacy should shift to working with other countries on green stimulus plans. “Can we coordinate more with other governments that the stimulus plan that everyone is envisaging and committed to” is a green stimulus, Tubiana asked. “I would develop a Green Deal diplomacy for Europe very, very quickly.”

In an open letter to EU officials, the consortium of German and European foundations also called for any economic stimulus to adhere to climate targets. The 14 signatories, which include Tubiana’s European Climate Foundation, the German Federal Environmental Foundation (DBU), WWF Germany and Stiftung Mercator*, are part of the F20 foundations initiative to support sustainable development and climate action. The authors write that the EU must speed up its plans to develop a new 2030 climate target, and they say the swift government response to the coronavirus should be a model for action on climate change. “In view of the Corona crisis, we currently see, how an entire society is readily prepared to support political decisions by accepting severe restrictions that are based on elementary scientific findings,” the letter says. “This because the crisis is clearly articulated and understood. This is encouraging and a strong signal of solidarity.”

*Clean Energy Wire is a project funded by Stiftung Mercator and the European Climate Foundation.