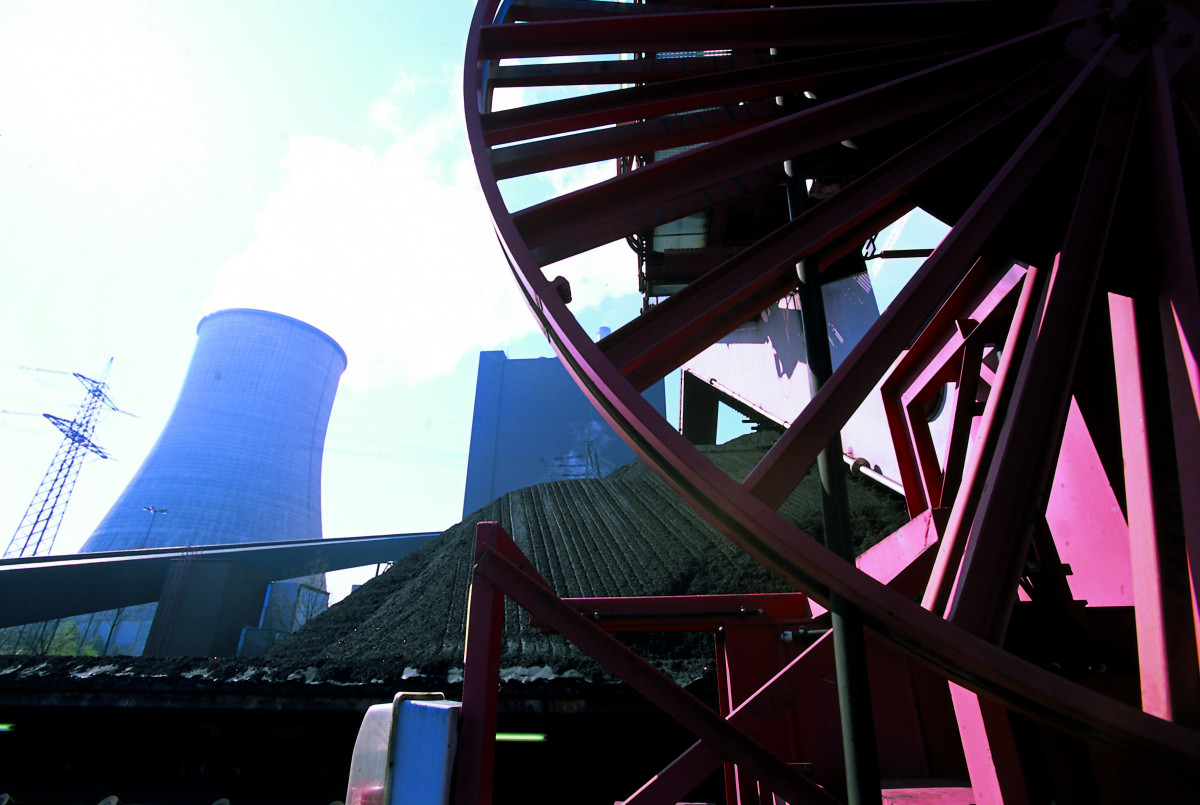 Germany's phase-out plan for hard coal plants can largely be carried out as planned by inviting operators to submit compensation claims in tender procedures, the European Commission has decided. The German government welcomed the decision, saying it provides the exit plan with legal certainty and ensures that the timetable remains unchanged. However, the EU Commission said auctions need to end earlier than initially planned and is expected to open a formal investigation into the German government's plans for compensating lignite plant operators, a step that according to climate groups could prevent operators from receiving money for shutting down unprofitable plants.

The European Commission has greenlighted key aspects of Germany's coal phase-out plan, finding that the proposed tenders for decommissioning hard coal plants until 2026 do not violate state aid rules. "Germany's plans to provide incentives for the early closure of such plants and to compensate the businesses that leave the market early via competitive tenders are in line with EU State aid rules," said EU Vice-President Margrethe Vestager. She argued tenders would ensure that the compensation is kept to the minimum needed and allow Germany to eliminate the highest amount of CO2 emissions from the market at the lowest cost. The compensation mechanism in Germany's coal exit law had been widely criticised by environmental groups and others, with many hoping the EU would overturn the envisaged exit plan.

The German government said that after the Commission's decision, the planned last round of tenders in 2027 would not take place, to ensure a consistently high level of competition in tenders. The decommissioning of hard coal-fired power plant capacities will therefore be carried out through regulatory action, meaning no compensation will be paid after 2026. "This decision is an important signal and creates planning security for everyone," Germany's economy ministry (BMWi), environment ministry (BMU) and finance ministry (BMF) said in a press release. "The coal exit will happen without delay," they reassured, adding that the first plant decommission would take place on 31 December this year as planned.

The Commission's decision comes just days before Germany's grid agency (BnetzA) is scheduled to publish the results of the first round of auctions for hard coal plant closures that was launched in August this year. The agency is expected to release the results for closure bids for plants with a capacity of 4 gigawatts (GW) by early December. Germany is planning to phase out coal by no later than 2038. Parliament approved legislation in July and set out a shutdown schedule for individual lignite power plants, compensation payments for operators and auctions for hard coal plant operators to take capacity off the grid.

The ministries also said that they expect the Commission to initiate a formal investigation on plans to exit domestically mined lignite. Here, Germany had decided to pay a set amount of compensation to operators, as there are only two major actors on the market, which makes effective tenders impossible. Germany's coal exit commission agreed that compensation payments therefore should be brokered in negotiations with plant operators. However, the European Commission will launch a formal investigation into the process to provide greater legal certainty and prevent the European Court of Justice from ultimately overturning the phase-out plan, the ministries said. 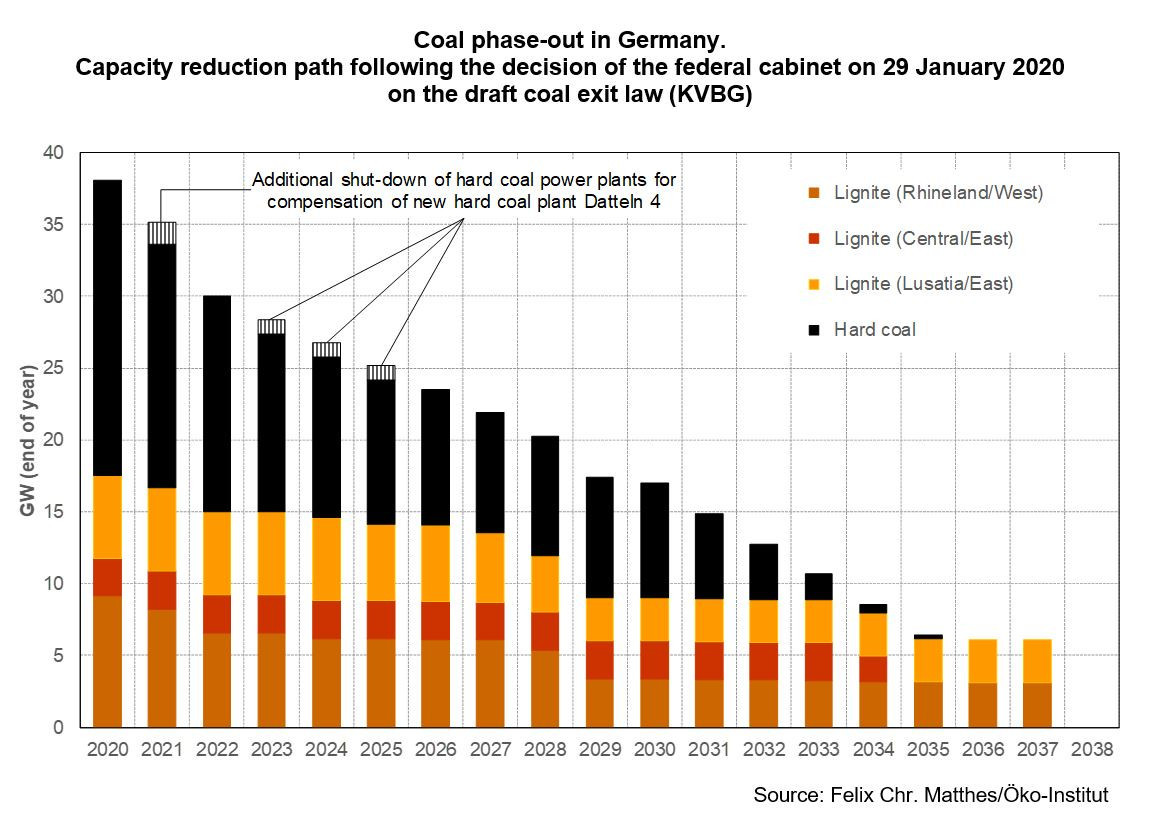 Local utility association VKU welcomed the EU's decision on the tender scheme, saying it would give the involved companies planning security. "The Commission generally confirms that a gradual reduction of coal-fired power production and the compensation of plant operators is in line with European state aid laws," the lobby group said. However, VKU also said cancelling the auction round in 2027 would mean to discriminate against hard coal plant operators vis-á-vis lignite operators, as these would not be affected by plant closures based on regulatory action.

NGO Client Earth criticised the Commission's approval, arguing that it effectively means operators of plants that have reached the end of their regular lifetime will be compensated for delaying decommissioning. "Plant operators receive enormous compensation payments in return for a phase-out that comes way too late," the NGO said. Client Earth lawyer Ida Westphal said the decision could not be brought in line with parsimony principles for public funds. However, the NGO welcomed that the Commission will be investigating the lignite phase-out plan, which stipulates that operators receive more than four billion euros for taking coal power capacity offline. "The EU only initiates such a procedure if it has serious doubts or insufficient information to validate compatibility."

Westphal said the German government would now have to make transparent how the lignite plant compensation payments were calculated. "We have considerable doubts that the agreed sum will actually incentivise early plant closures." A study by the Institute for Applied Ecology had found that lignite compensation payments could be overstated by up to two billion euros. Client Earth criticised that compensation negotiations with the coal companies had been carried out in secrecy and without properly including civil society or parliament. Client Earth said the German economy ministry had refused to answer to criticism about the coal deal's legality voiced by the NGO, even though the government knew the EU might take issue with state aid aspects of the coal phase-out law. Green MP Lisa Badum likewise criticised the government's opaque handling of the coal exit law, saying "it would be nice to have answers as an MP" about how possible EU objections are going to be managed.

Environemtnal NGO WWF also welcomed the EU's decision to review the lignite phase-out plan, which it said would benefit operators "without giving anything in return," as market conditions mean the plants would have to be shut down anyway. "The government must not give the increasingly unprofitable lignite plants a golden handshake. This coal exit can be no blueprint for other countries," WWF's Viviane Raddatz said.