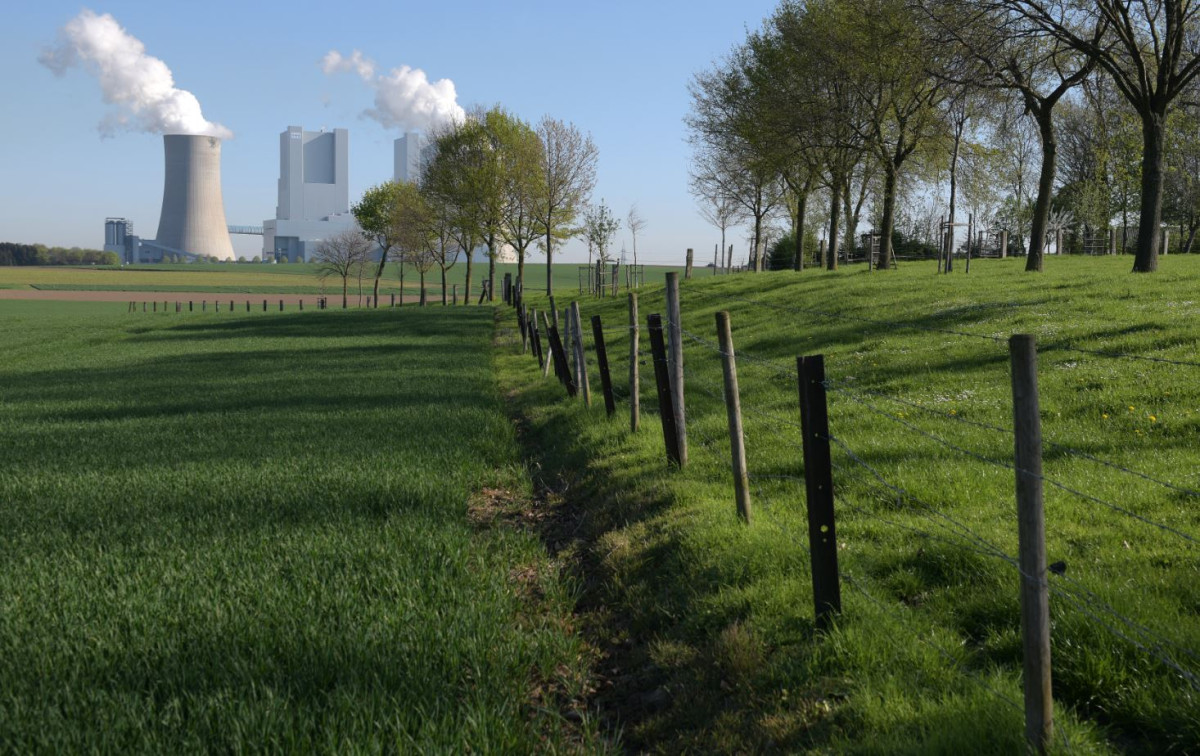 Germany's western coal mining and heavy industry state North Rhine-Westphalia aims to complete the phase-out of coal-fired power production no later than 2030, eight years earlier than agreed in German coal exit law. However, two lignite plants in the state that were supposed to go off the grid this year will remain in operation until 2024 to provide additional power production capacity amid the current energy crisis,  the German government announced in a joint statement with energy company RWE. The move was criticised by climate activist group Fridays for Future, while the coal worker union called for socially responsible structural change.

The coal phase-out in the western German state of North Rhine-Westphalia (NRW) has been brought forward to 2030, economy minister Robert Habeck announced in a press conference. The minister said that two coal power plants in the state, which were meant to be decommissioned at the end of the year, will continue to operate until spring of 2024. At the same time, Habeck said the coal phase-out, which was originally planned for 2038 in Germany, will be brought forward by eight years in the industrial powerhouse state of NRW, following an agreement between the Federal Ministry for Economic Affairs and Climate Action (BMWK), the energy company RWE, and the NRW economics ministry.

In the short term however, lignite-fired power plant units Neurath D and E from energy company RWE have been granted permission to continue to operate until the end of March 2024 to secure energy supply and avoid gas shortages in the coming months, meaning the plants that were scheduled to go offline at the end of this year will continue to run for an additional 15 months. North Rhine-Westphalia is home to a large number of energy-intensive industries and the country’s most populous state. RWE is Germany’s biggest energy supplier and operates most powerplants in NRW.

Following Russia’s invasion of Ukraine in early 2022, Germany’s newly elected government was forced to revisit its energy policy plans, as reduced fossil fuel flows from Russia pose a risk of severe energy shortages. Amongst other things, the government greenlighted the return of already decommissioned coal plants and also granted a runtime extension for two of the country’s remaining nuclear plants.

Energy crisis must not mean losing focus on the future - Habeck

Regarding the decision for NRW, Green Party minister Habeck pointed out that the agreement would save around 280 million tonnes of CO2 from being emitted. “This is a milestone for climate protection in Germany and North Rhine-Westphalia,” said NRW Green Party economics minister Mona Neubaur. In return for keeping their lignite power plants -- which have a  combined capacity of 1,200 megawatt (MW) -- in operation longer, RWE said it will commit to investing in renewables and new gas-fired, H2-ready power plants. Company CEO Markus Krebber said more than 50 billion euros are to be invested worldwide to accelerate the energy transition by 2030, of which 15 billion euros are earmarked for Germany.

Germany has agreed to phase out coal by 2038, with the first lignite-fired power plants having been shut down already in 2020. However, the government coalition treaty said the phase-out should “ideally” be brought forward to 2030, an aim that has been questioned by critics arguing the energy crisis has changed the landscape. In his statement, Habeck said “it is time that we responsibly do what we need to do to overcome this crisis while not losing focus on the future,” adding that energy supply security is the top priority at the moment.

Apart from western energy company RWE, eastern company LEAG is the only major coal plant operator in the country. LEAG so far has not committed to an earlier exit and structural economic challenges in eastern Germany are generally considered to pose greater difficulties for lawmakers there to manage a coal phase-out in a way that avoids social hardships and industrial decline. Given the current energy crisis, the state premier of a different German state, Social Democrat (SPD) Stephan Weil from Lower Saxony, recently said the country could not achieve a nationwide coal exit by 2030.

The decision to prolong the lives of lignite-fired power plants as well as open mining in the town of Lützerath has been criticised by climate activism group Fridays for Future, who called the move “non-transparent and arbitrary”. Press officer for the group Darya Sotoodeh said “today's announcement was a cheap attempt to cover up inaction on accelerated energy transition and rapid public transport expansion.”

Additionally, trade union IGBCE warned of the need for socially responsible structural change. “Energy policy is currently like a ride on a roller coaster: this will stress no one more than the workers in the coalfields,” said president Michael Vassiliadis. He added that “the federal government and companies have a duty, together with the IGBCE, to open up new, well-paid job prospects for people in the transformation, even if the price for this has risen significantly today."